“Stay low. Crouch down. Look the a`ama crab, how it moves on the rocks. You gotta be the a`ama, move like the a`ama.”

Today we call it biomimicry, mimicking other parts of nature to solve our human problems, but to a people who survive off their connection to the ocean and the land it is just called paying attention to what works. Traditional fishing practices were varied and multitudinous as Hawaiians found almost every way possible in which to access the ocean and live off its bounty. And in the same patient and deeply connected way they divided, categorized and named every part of the ocean, its inhabitants and the various ways to secure them for your family’s next meal.

Out of the many ways Hawaiians of old invented to catch fish, by hand and string and spear and net, strangely enough the Hawaiian throw net is not one of them! But if there’s one thing that can be said about ka po`e kahiko, the people of old, it is that they were intelligent, ingenious and constantly looking to improve. So when the first Japanese immigrants came to Hawai`i in the 1800s some of them must have brought with them their practice of throw net, often called cast net outside of Hawai`i.

It didn’t take long for this practice to catch on here in the islands. So much so that many think it is a traditional Hawaiian practice, just another testament to Hawaiians’ ability to adapt new technology to their needs.

Now made for the most part from synthetic materials, throw nets come in a variety of diameters and mesh sizes. State regulations mandate throw nets must have at least a two-inch mesh, the size of the holes in the net. Regardless of the diameter, it needs to be a perfect circle, with weights around its border to ensnare the fish.

Whether you can actually throw the net so it forms that circle when it lands is another story. There is a certain way to prepare, or load, the net in preparation to throw it. This is nearly impossible to describe without seeing it done. And even when seeing it with your own eyes, it looks deceptively simple for what is truly a delicate and practiced process.

Any hiccup in the grasping and looping of the net in your hand, in the parsing of the sections of net onto and across your body and both arms, or in the full-body rotation as you toss and release the net towards its intended target means the net will not open correctly. To spend so much time physically making this net only to misthrow and have it snag on rock or reef would cause immeasurable frustration. And so the wise man waits, and observes, and learns.

So, mimicking nature, you take the time to observe, to understand and connect with your surroundings. You try to release the mistaken thought that you are separate from nature. Kihe, like many, learned to throw net from their `ohana; fishing families who adopted this once-Japanese tradition and made it uniquely Hawaiian. “Plenty different kinds of fish to catch with throw net,” Kihe notes. Some favorites are uo uo, moi, manini, kupipi, kala, weke, ahole, nenue and the prized uhu. The uhu, of all the fish, was the most difficult to catch with the throw net and required the slow, dedicated stalking and low crouch of the a`ama crab.

It is said that the uhu are so smart, they can see your skin through the surface of the water, that they can smell you as soon as you step into the ocean. It is said that they are so intelligent they can feel the vibrations of you running on the rocks and will evade capture almost all the time. So you crouch like the a`ama. You stay low, knees bent, net draped over you, entire body flexed and ready. The a`ama doesn’t move fast all the time; it carefully creeps across the black lava rock, timing its movement with the oncoming waves. Using the whitewater as camouflage, it moves with the ocean surges.

And so do you, hiding behind the rock, as much sensing the movements of the uhu as he is sensing yours. And when the wave crashes, sending cloudy, speckled sea foam across the surface of the water, you spring. Twisting upwards and outwards, methodically releasing and unfurling the throw net, allowing it to open into a circle, it sinks its weights around tonight’s dinner. Tonight, the a`ama eats uhu. 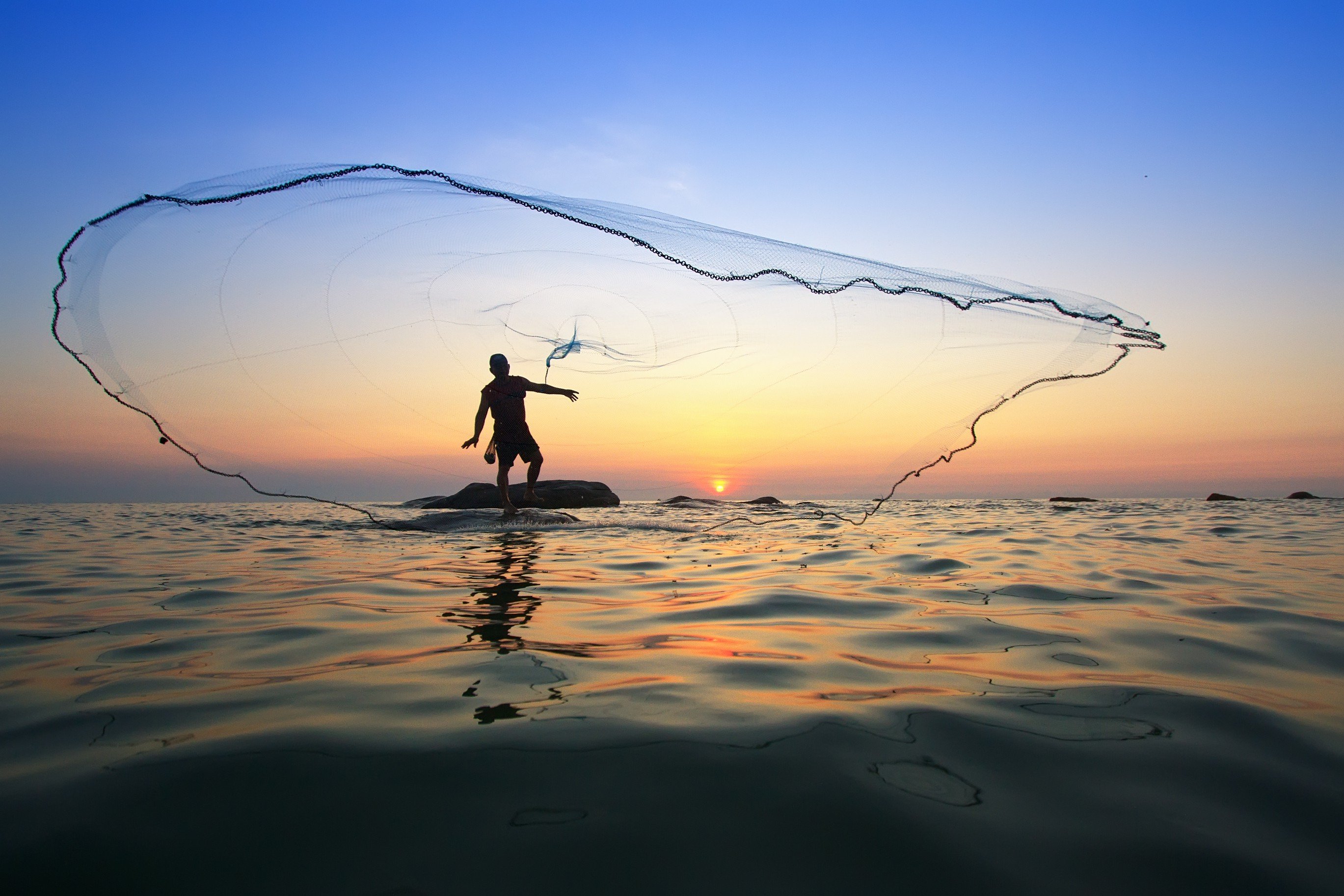