It’s 5 a.m. and the sun is just thinking about rising over the Pacific Ocean. Tugger Balcom is lined up with coolers on-shore at Maliko Gulch, the favorite launching spot for jet skis taking daring athletes out to the world-famous surf spot, Jaws.

Professional surfers Matt Meola, Ian Walsh and Mark Healey are ready to attack their day, but first they pick up the most important support system in their regimen. Called a “Pack,” the cooler full of nutrients in the form of cold pressed juices and elixirs will accompany them out to sea and keep them nourished as they conquer the waves all day long.

Known to be the one of the epicenters of the surf world, the North Shore of Maui is serenaded by big wave winter swells and a dependable wind tunnel that welcome pristine water sport conditions all year long. And when we say big, we mean big. The legendary wave Jaws is known to climb up to 70 feet high and travel 30 miles per hour. 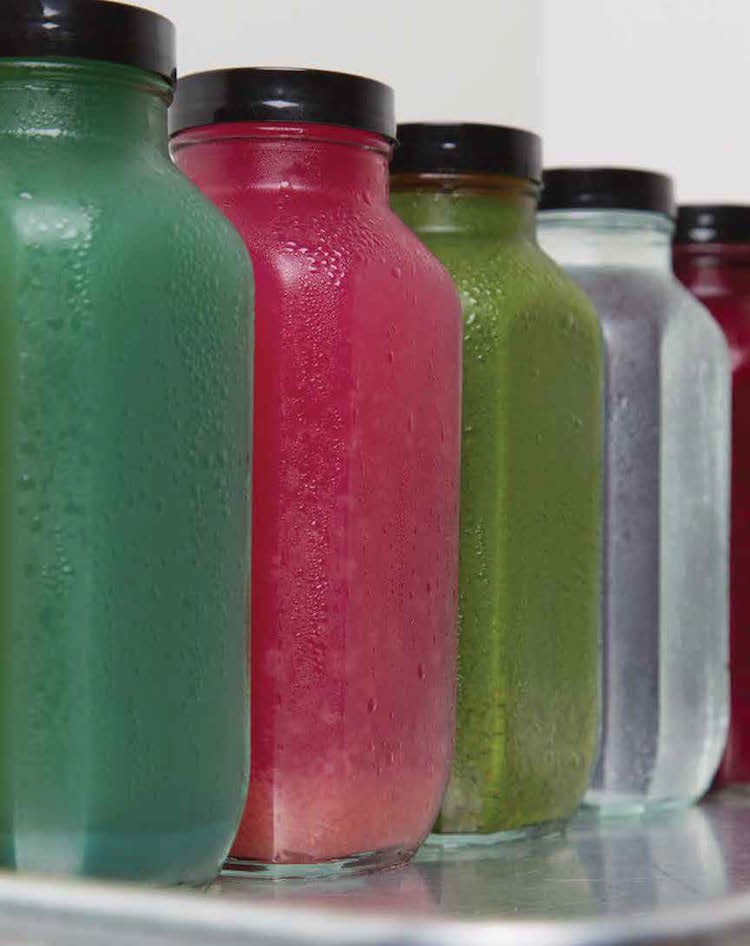 This past winter, 2014-15, was one of the most dramatic winter seasons for paddle surfing that the North Shore has seen in decades. Jaws was cranking and the surfers were serious about their rides and any strategy they could practice that would increase their performance. As in life and in surfing, you often don’t get second chances.

“Packing” is the new word on the surf scene in Hawai‘i. Packing refers to packing nutritional levels by hydrating with juice.

But how did packing become potentially the biggest new trend in high performance athletics? It all started with one man and a passion for curating excellence and authenticity. Enter Tugger Balcom and The Sporting Club of the Pacific.

The Sporting Club of the Pacific was originally birthed as a gathering concept for ideas and projects. Tugger, an avid sportsman, had a group of friends who were athletes and craftsmen, capable of producing high-quality products including spear guns and hatchets for hunting and fishing. Inspired by this community, Tugger’s initial concept was to create an umbrella brand through The Sporting Club of the Pacific that all these projects would fit under: hand-forged tools, carefully constructed spear guns, handcrafted surfboards, and more.

A group of friends with similar interests and different ideas could collaborate by coming together, discussing ideas, creating conversations, and as a collective would aim to see as many of these ideas through to success as possible. Through this brand and a convergence of thought and talent, a blacksmith together with a woodworker could create new ideas for the spear gun and further the craft.

“The core mission of The Sporting Club of the Pacific is to create a conversation that otherwise wouldn’t exist… building a platform for shared information from surfers, athletes, and craftsmen, who join together to talk story and brainstorm ideas,” Tugger explains. “This creates a think tank of sorts that is a fusion of art and craftsmanship to create performance…conversation around projects and how different aspects of product design relate to usability and performance. The juicing was just another project under the umbrella.”

After a decade-long struggle with his own personal health issues including psoriasis, Tugger (a father and avid surfer) had started experimenting with his diet and embracing more greens. In a few years, he realized that his new diet full of green juice (also deleting dairy, eggs and sugar) was not only alleviating his psoriasis but was making him feel great- increasing his performance in the water and in his life. He started to investigate the idea of fresh, cold-pressed drinks formulated for sport.

A Performance Freediving class with Kirk Krack taught him the physiology of a breath hold, which gave him a few more pieces of information that helped in the formulation of his high-performance juice line for athletes. A few things he learned:

The basic idea of Tugger’s first official sports drink, the Pineapple Chlorophyl Hydration, was to simultaneously open and lubricate the circulatory system without additives (caffeine, sugars) that could potentially elevate the heart rate and consume more oxygen.

Juicing seemed like the perfect compliment to an intense fitness regime, opening up the “fast lane” for daily nutrient absorption. Green, red, white, yellow; the dense colors tell the story, indicating the concentration of nutrients from high-quality food in liquid form. In a Department of Agriculture study, researchers analyzed 12 fruits and found that 90 percent of the antioxidant activity was in the juice rather than the fiber. (1) By removing the fiber, vitamins, minerals and phytonutrients can be absorbes and assimilate with greater ease across the digestive tract, translating into faster energy.

Tugger attributes the launch of his waterman nutrient research effort to DK Walsh, who, along with his brother Shaun and their crew at Skullbase, do safety patrol and rescue wipe-outs at some of the most treacherous surf spots in the world. After a long week of work that led into the first swell of last winter, DK came to Tugger thinking he had thrown his back out. A week later, it was determined that his ailments were due to malnourishment and dehydration. So Tugger birthed the research and development phase of Packs at The Sporting Club of the Pacific.

“A lot of the surfers started tuning in. Our Packs immediately started to change the habits of some of the best athletes in the world. They kept coming back asking for more, with consistent comments of surfing at their highest levels. With their feedback, we have developed what we now call our Base Pack…creating a really solid baseline of nutrients.” 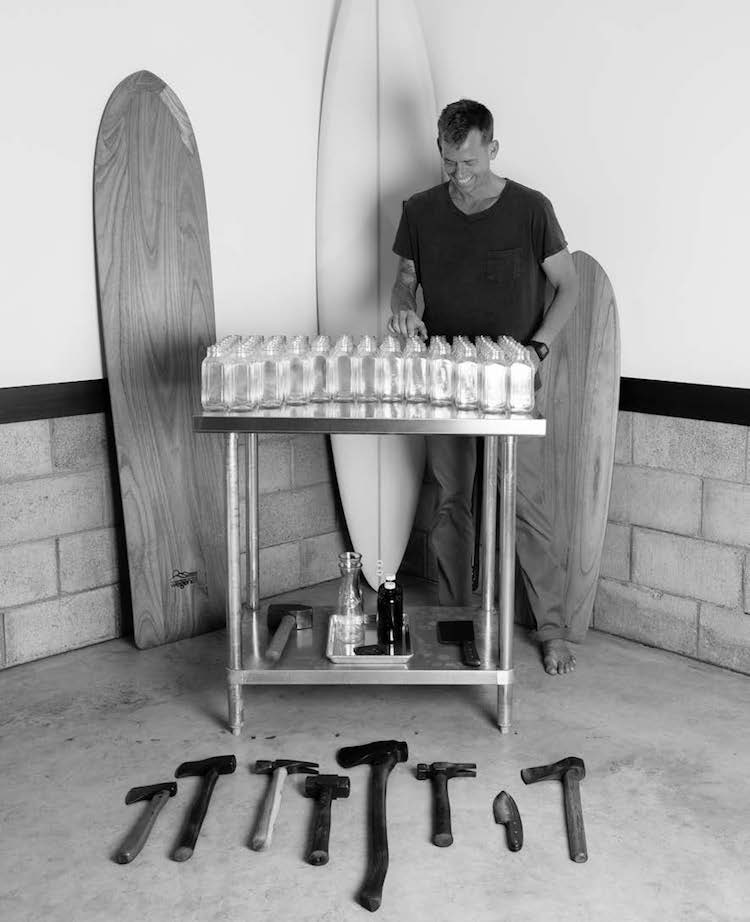 “The Pack was a really good way for the surfers to have access to nutrition, fast and easy. It started as an experiment: if we elevated levels of nutrition, would the body respond with higher performance? I had to test it. The Prep Pack, Performance Pack, and Recovery Pack would provide nutrients for the whole day, preparing athletes as the big day approached, keeping them sharp and focused when the swell arrived, and aiding in the healing and recovery post-performance. The athletes said they experienced real, sustained energy throughout the day without a ‘bonk,’ and were reporting their most impressive days on the waves.”

Participation of athletes and the community turned Tugger’s concepts and experiments a year ago into fine-tuned recipes. Using the highest-quality product that can be found on Maui, the ingredients are sourced from farms and producers throughout the north shore and upcountry. Using only the best of what’s fresh and local, they understand where each ingredient comes from and how it is being grown. 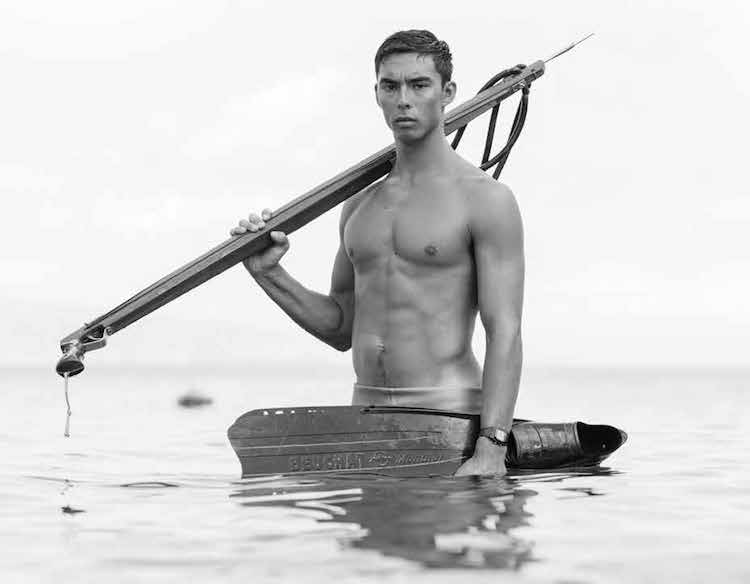 “Our influence comes in the simplicity of accessing support for your mind and body without having to go too far or think too hard. My effort of product research with professional surfers is really about learning more about juicing to support a high performance lifestyle…increasing performance in all aspects of life that leads to that single moment. I wanted to form a range of products that support a lifestyle from a 360-degree perspective.”

Professional surfer Matt Meola made more than a few headlines with his performances on the waves this year. One of the original athletes to start working with Tugger’s juicing regime, Matt has been committed to packing since last November. “Since beginning with the Packs, I’ve noticed that I have way more stamina to train and have pulled some of the most remarkable tricks of my career. On the big swells I don’t like to have anything heavy in my stomach. With the Packs, I can surf all day long and feel light. Mentally, when you spend a week elevating your nutritional levels, if gives you the confidence to put your body out there in some of the most taxing physical situations that could exist.”

“We spent the last year dialing in our program for athletes, and next year we are focused on sharing our ideas with more people. These wellness strategies are not just for surfing. Anytime that you are putting your body to the test, juicing makes a big difference. The student with a pending final exam, the executive with a presentation, or mom running a 5k can all benefit from the same performance attributes as a big wave surfer. Fast and easy, full of nutrients with immediate results, it’s just about giving the body and mind lots of good ingredients so they can function at their most efficient levels. What I’ve noticed is that you get out of your body what you put into it.” 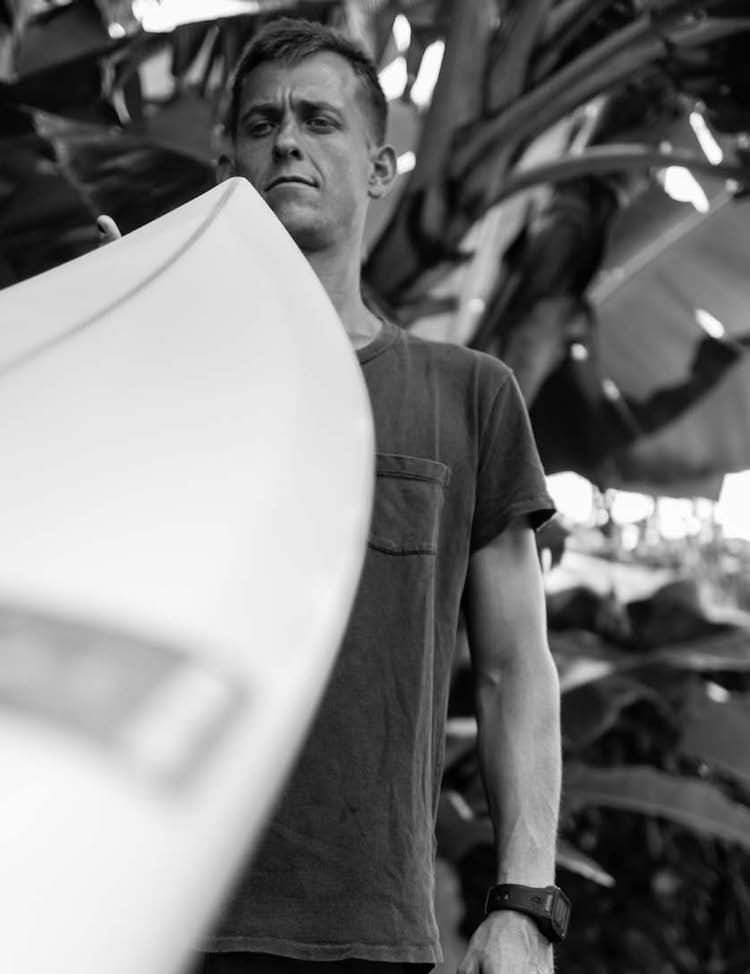 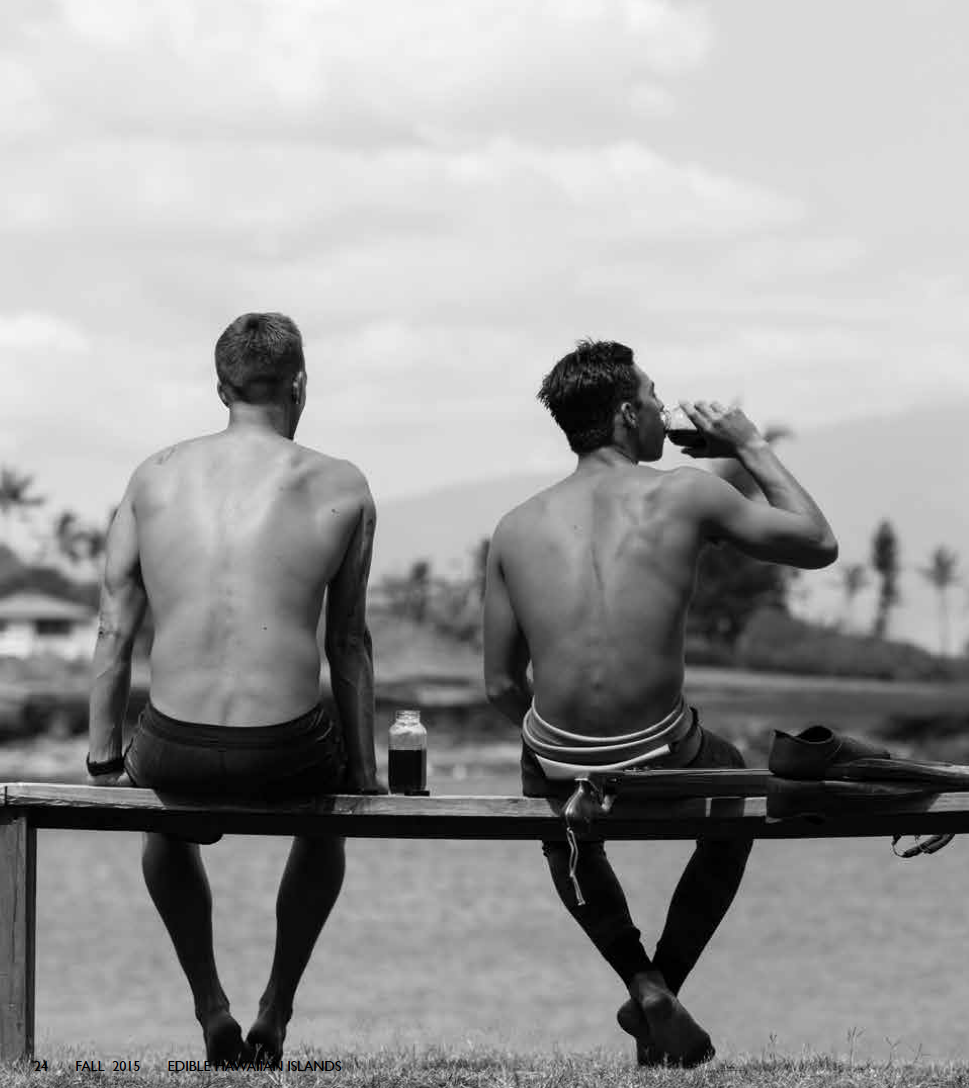