When something as fundamental as “the future of food” is called into question, people pay attention. And when the subject is the endangerment of pollinators, people are understandably concerned. According to the non-profit Pollinator Partnership, one in three bites of our food depends on insect (mostly honeybee) pollination.

The exchange of pollen between plants, essential for the development of most fruits, vegetables, nuts, berries, oils and countless other plants, depends on some thing to transfer that pollen.These pollinators include everything from the wind to tiny insects like midges, moths, beetles and butterflies to flies, birds, lizards and mammals like flying foxes, rodents, lemurs and bats.

“Healthy pollinator populations are critical to our own wellbeing”

Arguably the most iconic pollinator today is the European honeybee which, along with other insects, pollinates some of our most important food plants.As they move pollen from one plant to another, these tiny beings help keep humans and animals fed, forests green, water pure and air clean. Healthy pollinator populations are critical to our own wellbeing but mention honeybees today and the conversation quickly turns dark. Deadly parasites, habitat destruction, invasive alien species and lethal chemical pesticides are all named as threats to pollinators that support Hawai‘i’s agriculture.

THE BIRDS AND THE BEES

Hilo-based Danielle Downey, State Apiarist for the Hawai‘i Department of Agriculture says there are nearly 20,000 registered honeybee colonies in the state today. Managed bees colonies are vital, but farmers and gardeners also benefitted from Hawai‘i’s feral bee population before they were decimated by parasitic mites.

The presence of feral bees meant “earlier, bigger and more crops,” Downey says. She describes macadamia nut farmers who used to “hear” their trees in bloom as they buzzed with bees.These days, she says, farmers tell her they notice even a single bee.

One of the greatest dangers bees face is other insects. Until the mid-2000s, most of sub-Saharan Africa, Australia and Hawai‘i were the last places on earth free of the Varroa mite (Varroa destructor). Since 2007, the tiny tick-like creature has been vexing beekeepers on O‘ahu and Hawai‘i Big Island (2008). The Varroa mite sucks the blood of developing bees, producing offspring which in turn also feed on bees. Downey calls the mite “the worst thing to happen to bees in our lifetime.”

The other grave insect threat is the small hive beetle, which lives more than a year and can fly for miles.The beetle targets weakened hives where it reproduces, introducing a yeast (in hives) that transforms colonies into a “writhing, maggoty, slimy mess.”

Like many in Hawai‘i, State Senator Josh Green is concerned about the impact chemical pesticides may have on insect pollinators. In 2014 he called for a moratorium on the use of glyphosate (the active ingredient in the herbicide Roundup) and wants buffer zones between large users of chemicals and public places like schools and hospitals. A medical doctor, Green says there needs to be more research done on how pesticides may be impacting the health of both humans and pollinators.

Another critic of pesticide use is Larissa Walker, pollinator campaign director for the Center for Food Safety. She is worried about North America’s 4,000 species of wild bees and butterflies and how they are affected by pesticides. She points to studies that document the impacts of systemic insecticides called neonicotinoids (‘neonics’ for short) which she says, when applied, are absorbed into the vascular tissues of plants and then expressed in pollen, nectar and dew drops and can leach into soil and surface water. 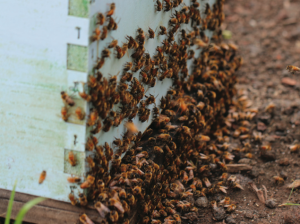 Concerns for pollinating insects range from impaired navigational capability and impaired reproductive capacity to weakened immunity. Walker says it’s “really depressing to think about bees and butterflies declining at such alarming rates… especially when there’s this direct connection to our food system.”

END OF THE BEES?

So are honeybees going extinct? No, says entomologist Dr. Mark Wright of the University of Hawai‘i’s Department of Plant and Environmental Protection Sciences.“There are some alarming things happening with honeybees… but when you look globally, honeybees are certainly not endangered.”

Wright warns against being alarmist about the threats honeybees face.“The state of beekeeping has changed completely in Hawai‘i,” says Wright, who questions some studies that suggest pollinator problems are mainly due to pesticides.And while he’s not a pesticide apologist, he says some of the reports blaming bee problems on neonics are published in what he calls “lightweight” scientific journals. 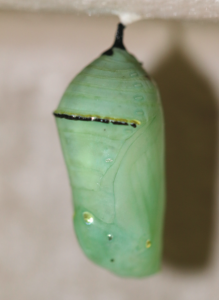 Wright is all for organic practices, saying that organic farming is good, but “to do it on a large scale is quite difficult, honestly.” With so many invasive pests in Hawai‘i,“once you realize (agriculture) is not as easy as it looks, you may find your only recourse against a virulent pest may be some sort of insecticide.”

The key to using pesticides, he says, is personal responsibility: careful use and a proper understanding of how to apply chemicals with minimal risk.

GOOD, BAD OR BOTH?

Asked if pesticide concerns are well-founded or if people are jumping to conclusions, long-time beekeeper and entomologist Dr. Steve Montgomery says,“I think the answer is both. I wish it were simple, but it’s not… I’m trying to be responsible myself in learning about it.”

Montgomery is moving some of his own hives away from commercial farm fields as a precautionary measure. 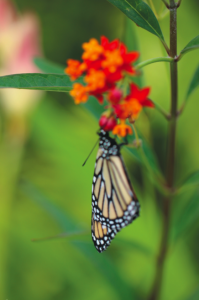 With so much focus on honeybees, it can be easy to overlook other pollinators. Midges, for example, are important in pollinating Theobroma cacao, the tree that gives us chocolate. Flies and beetles also play an important role in pollination, and endemic moths, birds and bees that coevolved with Hawai‘i’s native plants are of critical importance.

Entomologist Karl Magnacca explains that of the 63 (or more) species of native hylaeus or yellow-faced bee, most are not generalists and have a much smaller range than exotic bees. Because they coevolved with endemic species often found only in narrowly defined ecosystems, habitat and pollinator loss go hand-in-hand. If a yellow-faced bee that relies on naio in dry forests or ‘ilima and ‘akoko along the coast can’t find that plant, it may be doomed.And while the inconspicuous hylaeus bees are found from the coasts to the highest summits, their numbers are in decline. 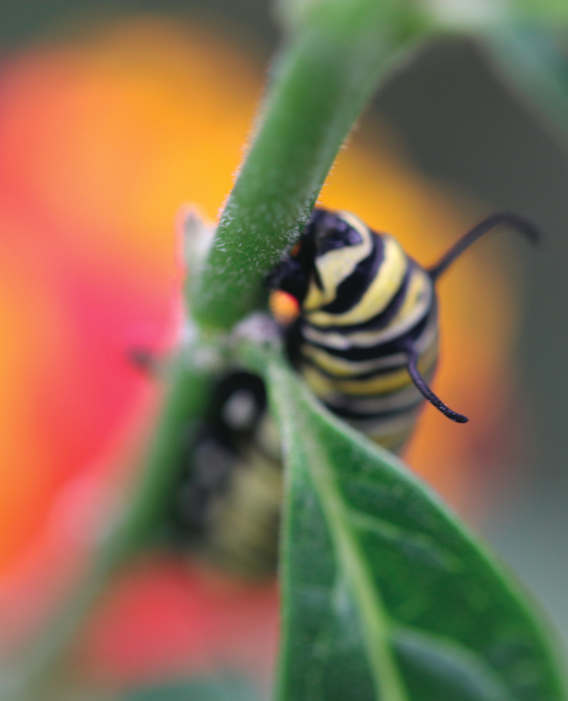 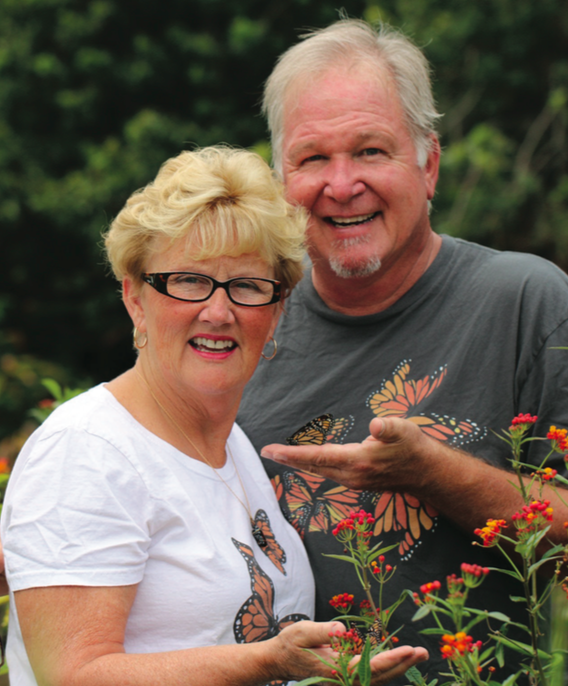 Native birds, while more important as seed dispersers than pollinators, are critical nonetheless. For many thousands of years native honeycreepers and finches have pollinated Hawaiian mints, lobeliads, hibiscus and other endemic species.The loss of birds like the Kaua‘i nukupu‘u, the k–ama‘o and the ‘o–‘o–‘–a‘–a bodes ill for the health of Hawai‘i’s native forests.These upland native forests are critical not only for native animals, but because their abundance of ferns and mosses make them superior ecosystems for capturing moisture.This source of water is filtered into the earth and flows down through streams, to estuaries and eventually the sea, nourishing the watersheds on which we all depend.

WHAT CAN BE DONE?

With so many threats to pollinators, what’s a person to do? By reading this story, you’re already doing something — you’re taking an interest in learning more about the subject.As a gardener or farmer, you can help further by growing plants that attract pollinators.

The Stilles also host 28 bee hives on their pasture land, trading ground space for honey. “We found that if you have a prolific abundance of butterflies and pollinators on the farm, you obviously have healthy soil and healthy trees.”

Zach Mermel, an ecological land planner at OLA Design Group in Hilo, helps growers select long-lived fruit trees, midstory shrubs and groundcovers that will attract pollinators. This can be done in even the smallest plots, he says. Mermel suggests planting an “eco-lawn” of perennial peanuts or sunn hemp instead of a traditional grass lawn. Landscaping with trees like starfruit, mac nuts, mountain apple, mango, cacao, durian and avocado will also attract a wide range pollinators.

Mermel adds that leaving snags and dead trees standing on your property will provide a potential home for bees and other pollinators.

If you encounter swarming bees, Steve Montgomery says, notify a beekeeper since such reproduction events are quite rare. It’s important not to harm the bees and by notifying an experienced apiarist, you can allow them to move the hive to a safe, suitable location if necessary.

Lastly, support conservation efforts. It really is true that what happens in the uplands will eventually affect the mid and lowlands. Healthy native forests are just as important as healthy rivers, streams and coastal environments. Insect and animal pollinators are an integral part of the natural world. By taking care of their habitats, we allow them to fulfill their role pollinating the plants that make our world a place worth leaving for our children.

Learn more about honeybees at:
www.uhbeeproject.com
and pollinators in general at:
www.pollinator.org 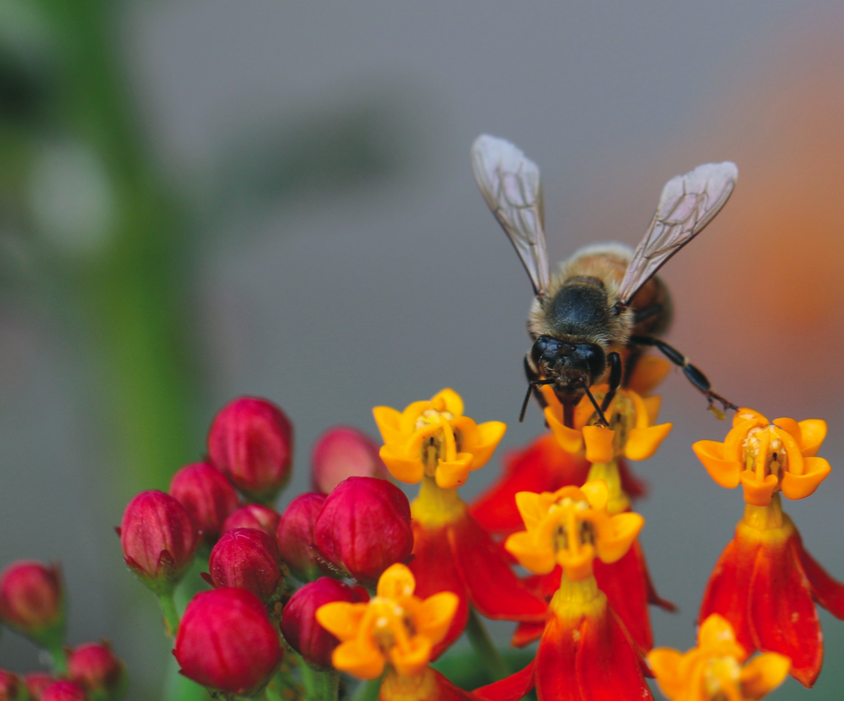