There’s something so satisfying about cradling a steaming cup of tea. The delicate aroma, the intricate flavors of leaves and bud, the soothing sensation of velvety, warm liquid slipping down the throat.

Drinking tea is one of those simple acts that can be personally healing or joyfully shared with friends. A pot of steeping tea, with its earthly delights, can transport us to the forest and farm. It can also draw us to the late-afternoon verandas of luxury resorts— complete with an assortment of scones, petit fours and clotted cream—extend those pinkie fingers!

The most widely consumed teas are black, green and oolong—all use the leaves of the same plant: Camellia sinenis, but are processed differently. The processing of the young shoots—involving different degrees of withering, oxidation, heat processing and drying—results in different types of tea. Coveted white tea is minimally processed and only uses the plant’s top bud and two leaves.

Tea is one of the world’s major export commodities and considered the most widely consumed beverage worldwide, after water.

While tea is produced in over 50 countries, a dozen or so claim the lion’s share of the world market. China, India, Sir Lanka, Vietnam, Japan and Kenya are among them. Over the past two decades, there has been ongoing research and the development of small family tea farms and horticultural hobbyists in Hawai‘i and ten U.S. states. Hawai‘i, however, leads the nation in tea production.

According to Eva Lee, co-owner of the Big Isle’s Tea Hawaii & Company, there are about a dozen tea growers statewide. They are doing “small-scale specialty tea crop” (up to 10-acres) commercial production. Eva adds there are many up-and-coming growers whose gardens haven’t reached maturity yet—it takes 3-5 years for plants to yield a harvest.

“Most of Hawai‘i’s growers process their own tea; however, some of us process tea for others,” explains Lee, who grows two acres of tea in Volcano. “The majority of tea production takes place on Hawai‘i Island and there are a few farms on Kaua‘i and Maui in commercial production. Most farms are two acres or less.”

While there are no Hawai‘i Department of Ag stats chronicling Hawai‘i’s emerging tea industry, Eva notes “some growers are making a modest living at it” and the state Department of Agriculture has supported the industry through research and grants. These efforts have motivated Big Islanders to grow tea. 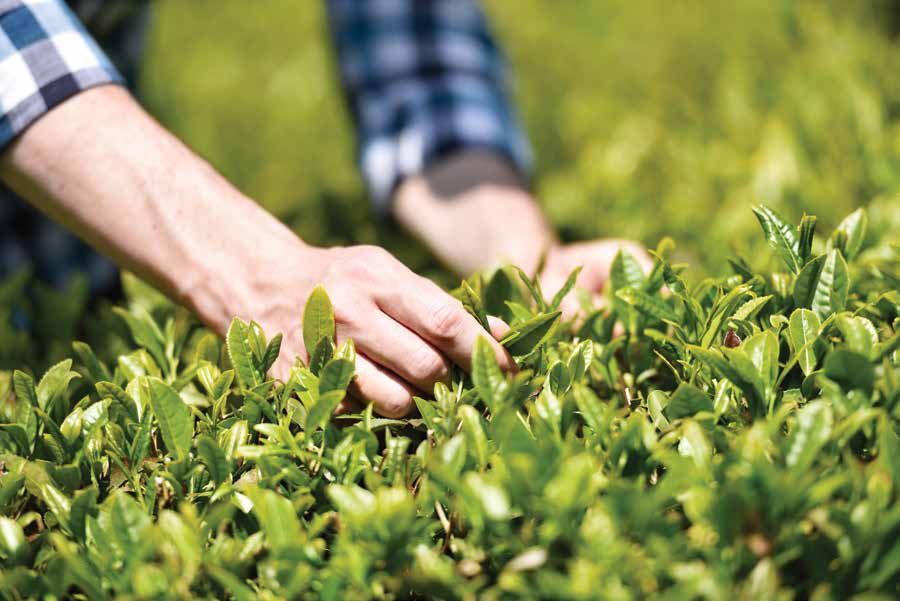 Tea plants require an ideal temperature of 65-77°F. In the tropics, it needs at least 70-80 inches of rain annually with a dry season of less than three months. Eva says tea grown under shade at high elevations has a “certain sweetness” and more L-theanine, a desired amino acid that works as a relaxant by neutralizing the speedy effects of caffeine without reducing its mind-energizing features.

“People are growing tea in a wide range of conditions,” says Alex Wood, president of the Hawaii Tea Society, an organization dedicated to the development of Hawai‘i’s tea industry by providing education and services. As general manager of Volcano Winery, he also oversees the winery’s acre of tea.

According to the 2010 “Farm and Forestry Production and Marketing Profile for Tea” by the Specialty Crops for Pacific Island Agroforestry, the economics of tea production in Hawai‘i are different when compared with most tea-growing regions. Factors include high land and labor costs. However, Lee says Hawai‘i-grown tea shouldn’t be compared with commodity market tea, which is sold through an auction system based on volume and season.

“Specialty tea wholesaled from Hawai‘i growers ranges in price from $50 to $400 a pound,” details Lee. Buyers in Vietnam and China can get standard, commodity tea for $7 to $40 a pound. Hawai‘i’s tea, however, is marketed as a “specialty tea,” meaning it is grown in a region known for exceptional quality.

Why is Hawai‘i-grown tea considered unique? Eva emphasizes that terroir—the characteristic taste and quality imparted to tea by the environment in which it is produced—is number one. “When compared to domestic tea, Hawai‘i’s teas are grown in perfect acidic soil conditions. Our water and air are some of the purest when compared to other tea-producing regions—that’s why origin pride is important.” 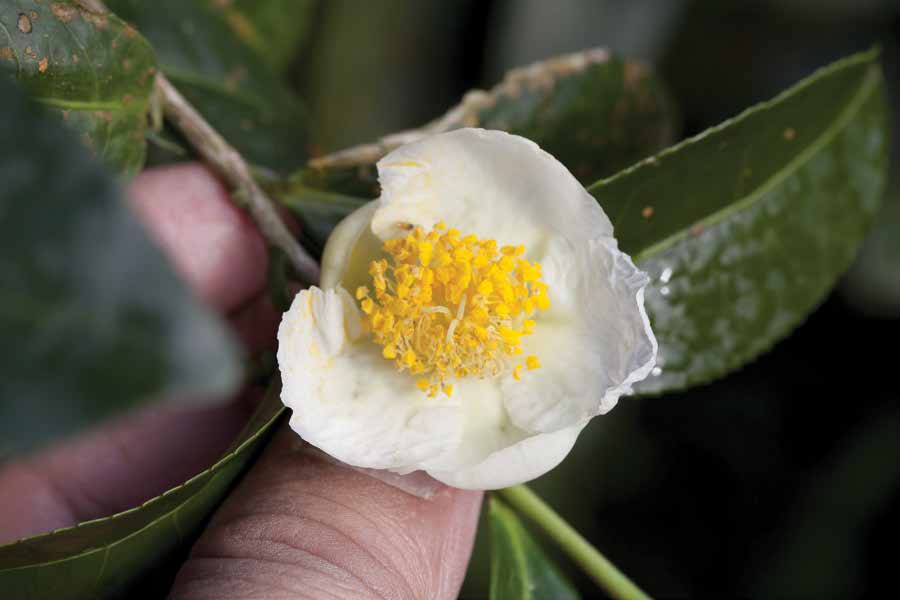 Those seeking Hawai‘i teas can find them at farmers’ markets and via the internet. Value-added products using Hawai‘i teas range from cookies and wine to skin products. There are also tea farm tours and tastings at several farms. Another product sold by tea growers is fresh leafy tea, which is sought by the raw food market.

Kimberly Ino of Mauna Kea Tea says she has a sunscreen in the works that uses their sweet roast green tea. “Ono Pops on O‘ahu makes a popsicle flavored with our sweet roast,” she adds. Mauna Kea grows two acres of tea at 2,000 feet in Ahualoa and harvests an additional acre in Waimea.

The Hawaii Tea Society is hosting the upcoming Tea of the United States-TOTUS 1 Awards in partnership with The Volcano Art Center (VAC), The Kohala Center, Big Island Resource Conservation and Development Council and the Hawaii Farmers Union United. Lee, who serves as the TOTUS 1’s executive director, says the inaugural project is funded by the Hawai‘i County Office of Research and Development in an effort to put Hawai‘i and domestic tea on the radar while encouraging origin pride.

Judging will be at the Volcano Art Center’s Niaulani Campus November 4 with winners announced online November 7. Educational presentations by visiting judges are open to the public. Find details at www.totus1awards.com.

“We have a stellar panel of judges who will provide their expertise in identifying the best of American-origin tea,” Lee notes. “TOTUS data will become a resource for advancing research in domestic tea agriculture and trade.”

The demand for Hawai‘i-grown tea signals the industry is on the road to success. “We can hardly keep up to meet world demand,” Eva says. “The more people grow tea, whether doing so solo or incorporating into existing crops, the better. Everybody should grow tea.”

Kimberly adds, “After moving here in 2005, we found tea is a good way to see what nature could provide and how we could be stewards of the land. I hope small farms here in Hawai‘i can continue to make specialty teas! 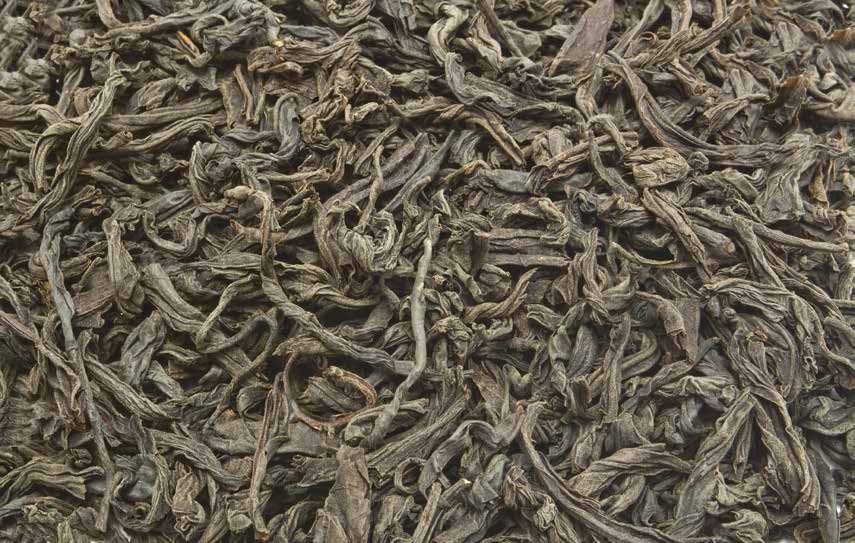 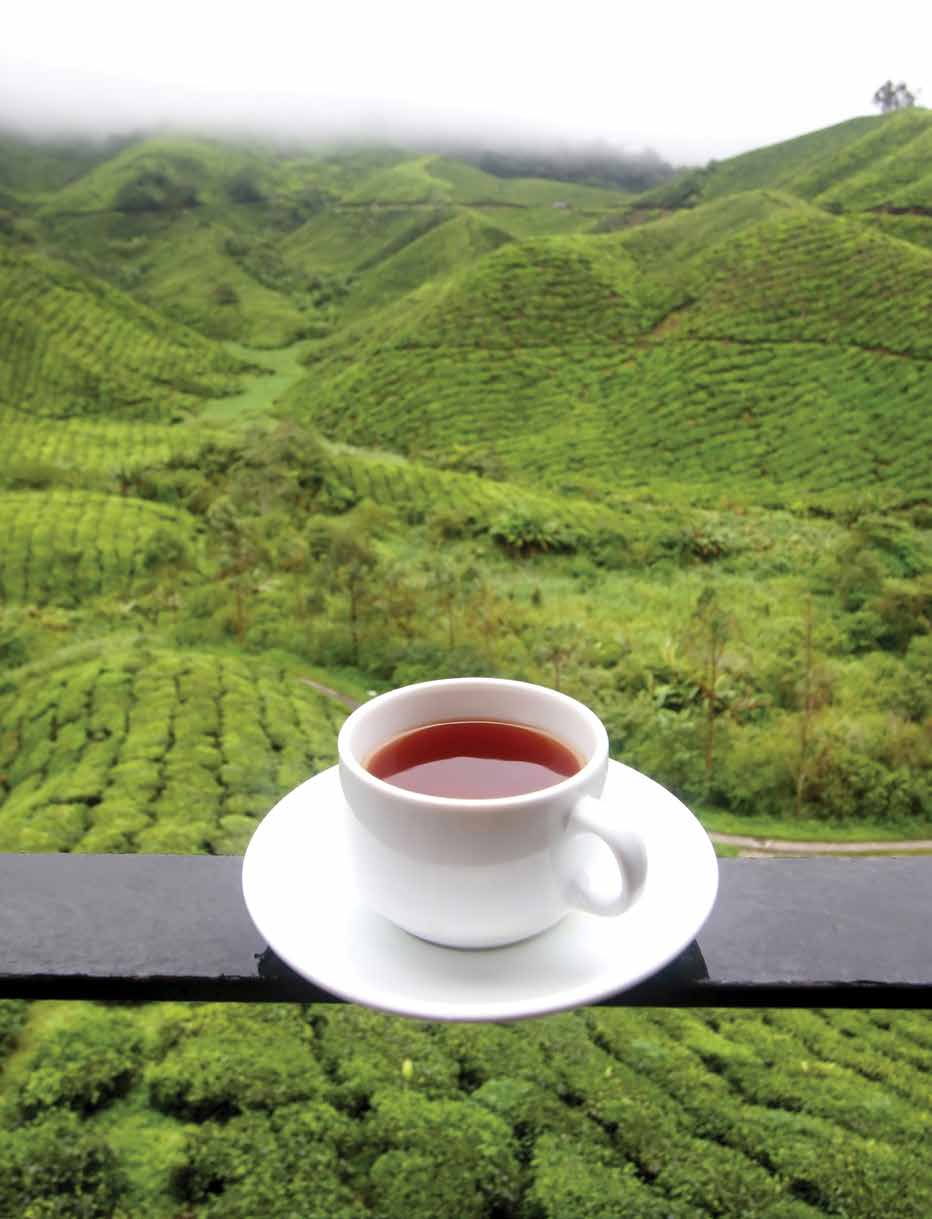