THE PRESENT
WRITTEN BY LINDSEY KESEL

THE DAYS OF PROLIFIC LO‘I KALO in Hawai‘i are a distant memory, dwindling from 35,000 acres grown across the Hawaiian Islands at the crop’s peak to the less than 350 acres currently in production. Hawai‘i Census data shows a loss of half during the seven-year stretch from 2000 to 2017, down from 7 million pounds to just over 3.5 million pounds. Since Hawai‘i eats nearly double the amount it produces, kalo imports from Fiji and other Pacific locales are needed to help fill the gap.

These shrinking numbers don’t faze the fiercely loyal community of kalo growers, activists, advocates, and fans. Despite setbacks, a kalo comeback is being made manifest in countless different ways, thanks to an army of supporters working to reinstate the plant in its rightful place as Hawai‘i’s most vital staple.

In 2009, the Hawai‘i Department of Health shut down restaurants and independent poi and pa‘i ‘ai makers claiming that traditional preparation methods violated local food and safety laws. The mandates that pa‘i ‘ai and poi be pounded in a commercial kitchen—and that the porous pounding implements be sterilized—starkly infringed on Hawaiian tradition. From a practitioner’s perspective, the papa ku‘i ‘ai (wooden board) and pohaku ku‘i ‘ai (stone pestle) carry the mana (spiritual power) of those who use it, and sterilization is akin to sacrilege.

After tireless rallying and education by founders and allies of the permeative Legalize Pa‘i ‘Ai movement, on May 5, 2011, SB 101 was unanimously passed by the Hawai‘i Senate and House of Representatives. The Pa‘i ‘Ai Bill (aka, Poi Bill) succeeded in providing pa’i ‘ai and poi with their own set of conditions—such as permitting sun bleaching of implements as an alternative to chemical sterilization—free from the narrow restrictions of general health and safety laws.

Not only did SB 101 mean more kalo could be shared and sold among neighbors and local communities, the movement surrounding the bill invigorated interest in learning to prepare poi and pa‘i ‘ai. In Hawaiian immersion hubs like Kamehameha Schools and cultural preservation centers like Kaua‘i Historical Society, opportunities abound for people of all ages wanting to learn how to pound kalo root—and fashion kalo pounding tools—the way Hawaiian ancestors once did.

Hawai‘i’s cherished root vegetable is enjoying a mainstream renaissance thanks in large part to the Legalize Pa‘i ‘Ai movement. Once reserved for dinner tables, potlucks, and backyard pa‘inas (parties), kalo as an ingredient or stand-alone dish can now be seen everywhere from five-star hotel banquets to late-night club menus. Poi, pa‘i ‘ai, kūlolo (kalo pudding) and lū‘au (cooked kalo leaves) are showing up in donut shops, food trucks, and farm-to-table restaurants— not simply for their unique flavor and versatility, but also because chefs and business owners are responding to the growing demand for a return to Hawaiian roots.

While kalo’s culinary coolness is doing a lot to raise awareness at present, the road from peripheral plant to central staple is still long and winding. Unlike the low-cost, readily available staple of rice, at up to $10 per pound the high cost of store-bought poi and kalo’s more complex cooking requirements remain barriers to regular table integration. For farmers, crop threats including climate change, shrinking farmland as a result of commercial and residential development, and short-term leases make for uncertain kalo-growing futures.

“AS AN ANCESTOR OF THE HAWAIIAN PEOPLE, KALO IS REGARDED AS THE PINNACLE LIFE SOURCE WITH THE ABILITY TO HEAL THE BODY”

Vast stewardship from multifarious kalo advocacy groups throughout the Hawaiian Islands is helping fuel the mission to restore kalo as a universal food source. Recent initiatives on Maui are battling for streamflow restoration at Nā Wai ‘Ehā—once the largest contiguously cultivated loʻi kalo growing region in Hawaiʻi, diverted after the fall of commercial sugar cane—in hopes of irrigating starter wetland taro farms. Nonprofits like Kumuola Hawaii in Mānoa, O‘ahu offer cultural experiences where visitors can tend to plants and join workshops that make absorbing the rich history behind kalo interactive and fun. 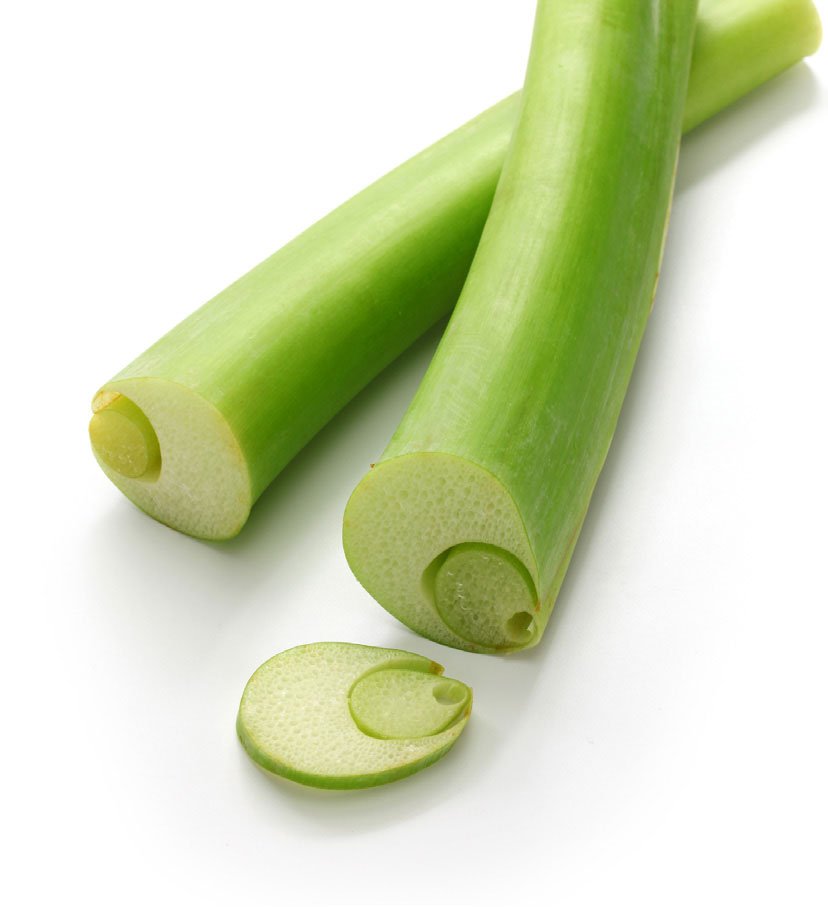 Though Hawaiian kalo varieties once numbered in the several hundred, with distinct strains featuring a full spectrum of flavor, textures, and colors, 90 percent of commercial kalo here is dominated by a single strain—the muted purple Maui lehua hybrid. With this devastating loss of diversity, and modern mono-cropping practices, kalo is becoming increasingly vulnerable to disease, pests, weather, and other crop disruption forces.

Fortunately, the integrity of kalo is a high priority for many local policymakers. In 2009, the Hawai‘i State Legislature enacted SB-1099, a bill that protects the plant’s genetic biodiversity by prohibiting “the development, testing, propagation, release, importation, planting, or growing of genetically modified kalo” across the state. The thoughtful wording of SB-1099 highlights the undeniable importance of kalo as a cultural touchstone:

“Kalo intrinsically embodies the interdependency of the past, the present, and the future, the essence of procreation and regeneration, as the foundation of any sustainable practice. Kalo expresses the spiritual and physical well-being of not only the kanaka maoli (Native Hawaiian) and their heritage, but also symbolizes the environmental, social, and cultural values important to the State.”

As an ancestor of the Hawaiian people, kalo is regarded as the pinnacle life source with the ability to heal the body. Its roots, leaves, and stem are extremely adaptable in cooking: With the application of modern culinary techniques and technology, kalo inspires all kinds of creative uses, from chips and pancakes to veggie burgers, curries, desserts, and even bubble teas.

In addition to the multitude of nutrients it provides as a superfood, kalo is an alkali-producing food with a low glycemic index that serves to balance the body’s pH factor, assisting in both the prevention and treatment of disease. Kalo as medicine is playing a role in combating chronic diseases such as obesity, diabetes, and heart disease. Along with other traditional Hawaiian diet staples of breadfruit, sweet potatoes, fruit, and fish, the addition of kalo can spark life-changing rejuvenation in people with high cholesterol, high blood pressure, and low blood sugar.

Kalo remains an enduring link tethering the Hawai‘i of today to a time when Hawaiians didn’t just eat the vegetable for energy, but also to nourish their spirits and stay connected with the ‘aina (land) and ‘aumakua (ancestors). As the push to revive kalo through new farms—and even backyard gardens—

marches on, the hope is that planting and harvesting kalo feeds the reciprocal relationship between man and earth, and consuming it sustains life and completes the cycle.

Many who enjoy kalo in its various forms today find the Hawaiian proverb “oi no i kalo m‘oa” to be truthful. Literally translated as, “one can eat cooked taro,” the sentiment celebrates the traditional belief that when poi is served, worry and conflict has no place at the table: “The work is done; one can sit at ease and enjoy himself.” [ eHI ] 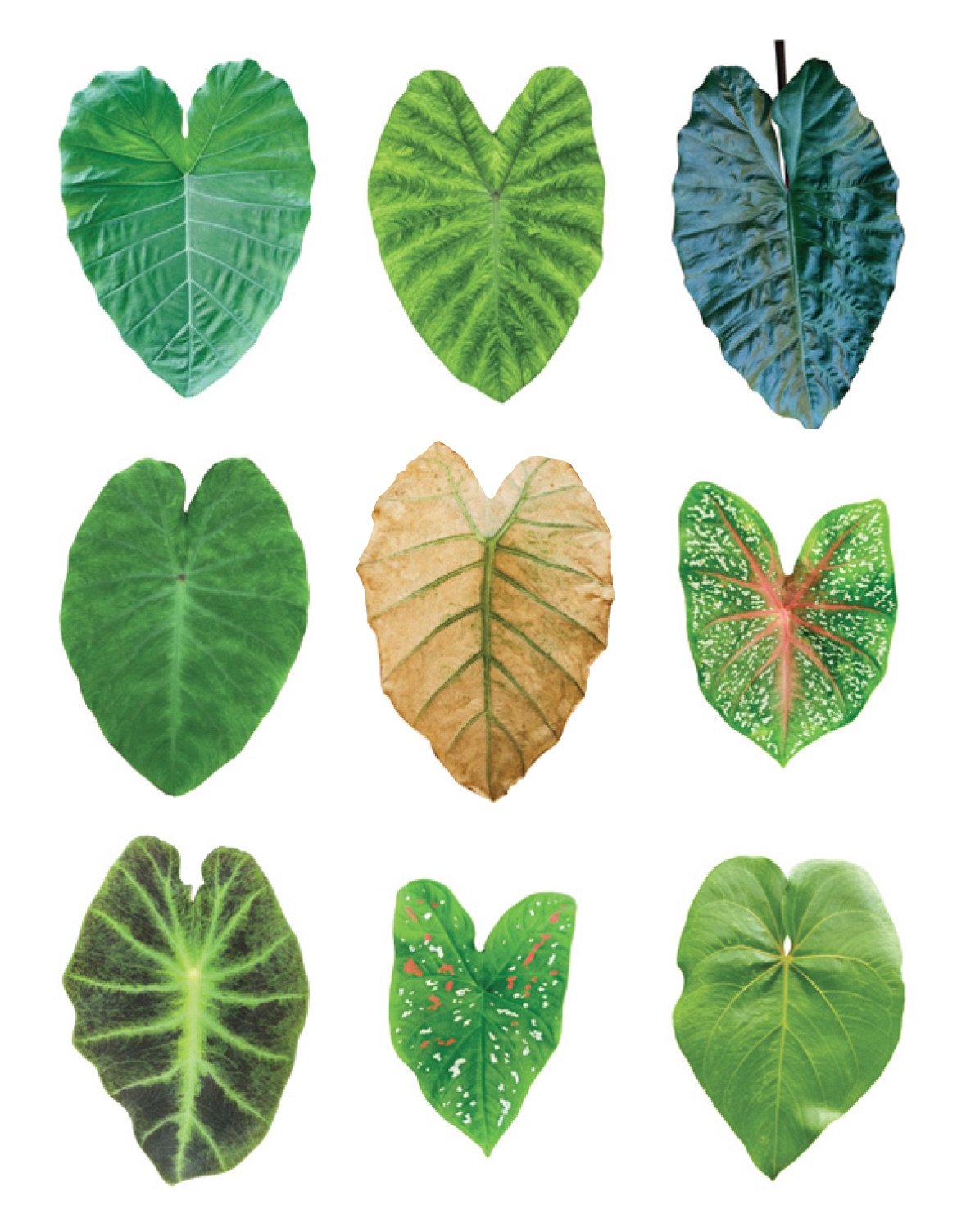