This year, coffee—one of Hawai‘i’s heritage crops—celebrates its 200th anniversary of taking root in the islands. If not the largest agricultural crop in the State, coffee is among its most romantic, often nuanced with the impassioned sensorial descriptors akin to viniculture. And while conversations over a cup of joe can linger on subtleties of terroir and mouthfeel, Hawai‘i coffee-growers today are navigating the future—and threats—of their $34.6 million per year industry.

According to records, Hawai‘i’s first coffee plant was introduced in 1813 through King Kamehameha I’s Spanish advisor, Don Francisco de Paula y Marin. His royal journal noted planting the seedlings on O‘ahu, though little is known of the fate of that planting. In 1828 missionary Samuel Ruggles brought the first coffee tree to Kona, and by the 1930s coffee had become a commercial product in Hawai‘i—the only state in the nation to successfully cultivate the crop. (For the full historical timeline, check out this post.)

Two centuries later, more than 800 coffee farms operate across the islands. A whopping 700 of these farms are on Hawai‘i Island, most averaging just five acres in size. According to Hawaii Coffee Association’s (HCA) statistics, Hawai‘i Island is at the heart of the multi-million industry, with its ideal growing conditions of rich volcanic soil, climate and elevations of 1,000 to 3,000 feet. Across Hawai‘i, coffee is primarily farmed in the Kona tradition: hand-picked, fermented, and washed.

While Kona coffee continues to be the most renowned, the bean thrives in 11 growing regions across the islands, including areas on O‘ahu, Moloka‘i, Maui, and Kaua‘i. HCA president Greg Stille, a Maui-based grower himself, points out that in recent years, Ka‘u and Hamakua on Hawai‘i Island, as well as coffee farms on other islands, are challenging Kona’s top spot.

Numbers indicate that pouring a mug of Hawaii-grown coffee will continue to be a premium experience. Reports from the annual HCA conference held in July estimate the total coffee crop at 7.2 million pounds, down 5 percent from last year. While planted acreage remained unchanged at 8,000, harvested acreage logged in at 6,100, a 25 percent dip. Despite the decline in yield, the association estimates total coffee farm revenues to be up 10 percent this season.

“The good news/ bad news is demand for our specialty coffee here [in Hawai‘i] and in worldwide markets exceeds availability, resulting in higher prices for our coffee. One of the industry’s biggest challenges is finding more land in ideal coffee growing areas and attracting like-minded individuals committed to sustainably growing and cultivating outstanding quality beans,” Stille says. 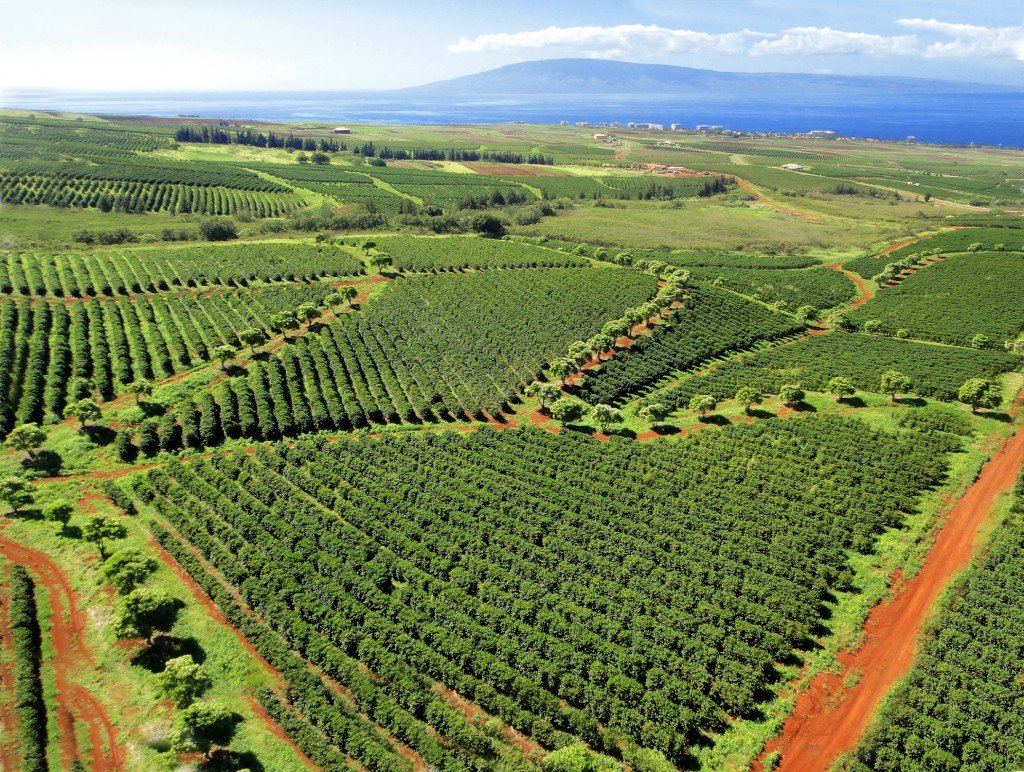 In fact, Stille, who together with his wife Susy, owns and operates the two-acre, boutique Piliani Kope Farm above the town of Lahaina on Maui, is personally on the search for more coffee acreage. He’s eyeing four different farms located in Kona, ranging from 12 to 108 acres.

That Stille is even considering property in the Kona region is an indicator that he’s bullish on the success of a collaborative effort to tackle a tiny but dangerous pest. The Coffee Berry Borer (CBB) beetle was discovered on Kona district farms three years ago and has since destroyed up to 80 percent of infested crops, forcing many to stop cultivation. (Remember that 25 percent drop in harvested acres?)

Tom Greenwell, a fourth-generation Kona coffee grower, explains: “Up until 2010, Hawai‘i was just one of two coffee producing regions in the world not affected by the Coffee Borer Beetle—the most destructive of all coffee farm pests. For more than 150 years, growing coffee here had been relatively easy. We’re blessed with ideal conditions, soil, weather and elevation among them. That’s not to say we haven’t had our share of challenges over the years, such as drought, other pests and high labor costs, but nothing as potentially devastating as this.”

While CBB is not the only reason for harvest shortfalls and increased retail pricing (land and labor costs also contribute), it is by far the biggest. Preventing its spread to other growing regions is imperative to the health of Hawai‘i’s coffee industry.

Such grave threat to our nation’s only coffee growers was a wake-up call in Washington DC: this February, $1 million was made available toward the effort to combat the pest thanks to the efforts of U.S. Senator Mazie Hirono, the U.S. Department of Agriculture (USDA), and grassroots groups like the Kona Coffee Farmers Association and the Coffee Berry Borer Task Force.

Kona Coffee Farmers Association President Cecelia Smith and her husband Bob, both descendants of sugar plantation families, have been cultivating their five-acre Smith Farms Kona coffee for 25 years in Honaunau, the area hardest hit by the borer beetle. As they watched their crop yields decrease by 40 percent while facing increased costs for pesticides, they somberly considered giving up on the business they’d spent over a quarter-century building.

“We’re extremely grateful to the USDA and to Mazie; $1 million is a large amount of money and the best part is it will be used to fund science-based research, that’s exactly what we need—long-term scientific research,” she says. “It’s so much more help than attempting to fight it yourself.”

In the meantime, coffee farms on all five islands are continuing to improve growing methods and processing techniques to bring out the unique flavor profiles found in several distinct coffee varieties— Arabic Typica, Red Caturra, Catuai, Pache, and Bourbon.

Far from the small farms of Hawai‘i Island is Kauai Coffee Company, Hawai‘i’s first and largest commercial coffee orchard. The mammoth 3,100-acre plantation drip-irrigates its 4 million trees (possibly the largest coffee plantation in the world to do so), uses mechanical harvesters, and wet processes their beans using aqua-pulpers for mucilage removal. Kauai Coffee Company alone comprises nearly 40 percent of the 8,000 acres in coffee production in Hawai‘i.

At the other end of the spectrum, and island, are John and Daphne McClure, owners of Moloa‘a Bay Coffee near Hanalei. The couple has been farming award-winning coffee on six acres for over a decade. All of his 3,000 Kona Typica trees are sustainably grown, hand-picked and naturally processed. They do all the demanding work from planting and stumping (pruning trees to their stumps), processing, roasting, packaging, and marketing themselves.

“I do most of the farming, while Daphne handles packaging, marketing and sales,” McClure says. “We bring in a small crew to help during peak harvest times.”

His hands-on approach has not gone unnoticed. For the last three years, Moloa‘a Bay Coffee has claimed first place in their division in HCA’s esteemed annual cupping competition.

On the Friendly Isle, the only source for 100 percent Moloka‘i-grown coffee comes from Coffees of Hawai‘i, the island’s only grower. The the 500-acre estate is planted with the Red Catuai, an Arabica variety, selected for its superior quality and compatibility with local growing conditions. The established orchards are rooted in the vivid red soil on the upper slopes of Kualapu‘u, right in the heart of the island.

And what of that initial recipient of the mighty bean, O‘ahu? While early attempts at cultivation on the south side of the island proved unsuccessful, coffee found a nurturing home on its famed North Shore. Waialua Estate Coffee and Cacao, a division of the Dole Food Company, was founded in the late 1990s on land previously cultivated in sugar and pineapple. At that time, Chairman David Murdock determined that the area’s nutrient-rich volcanic soil, abundant rainfall and plentiful sunshine would produce coffee and cacao to rank “among the world’s best.” Along with extraordinary quality and flavor, Murdock was especially interested in the healthful antioxidant benefits of the two products. To this day, they use beneficial insects for their pest management program, allowing them to grow crops pesticide-free.

Waialua Estate’s 155-acre coffee farm sits above the coastal towns of Haleiwa and Waialua at a 700-foot elevation, while the 20-acre cacao orchard is situated at sea level along the banks of the Kaukonahua River near Waialua town.

For an up-close and personal taste of the rich history and flavors of Hawai‘i grown coffee, don’t miss the Kona Coffee Cultural Festival on Hawai“i Island November 1–10, 2013, or the Ka‘ū Coffee Festival held each spring. 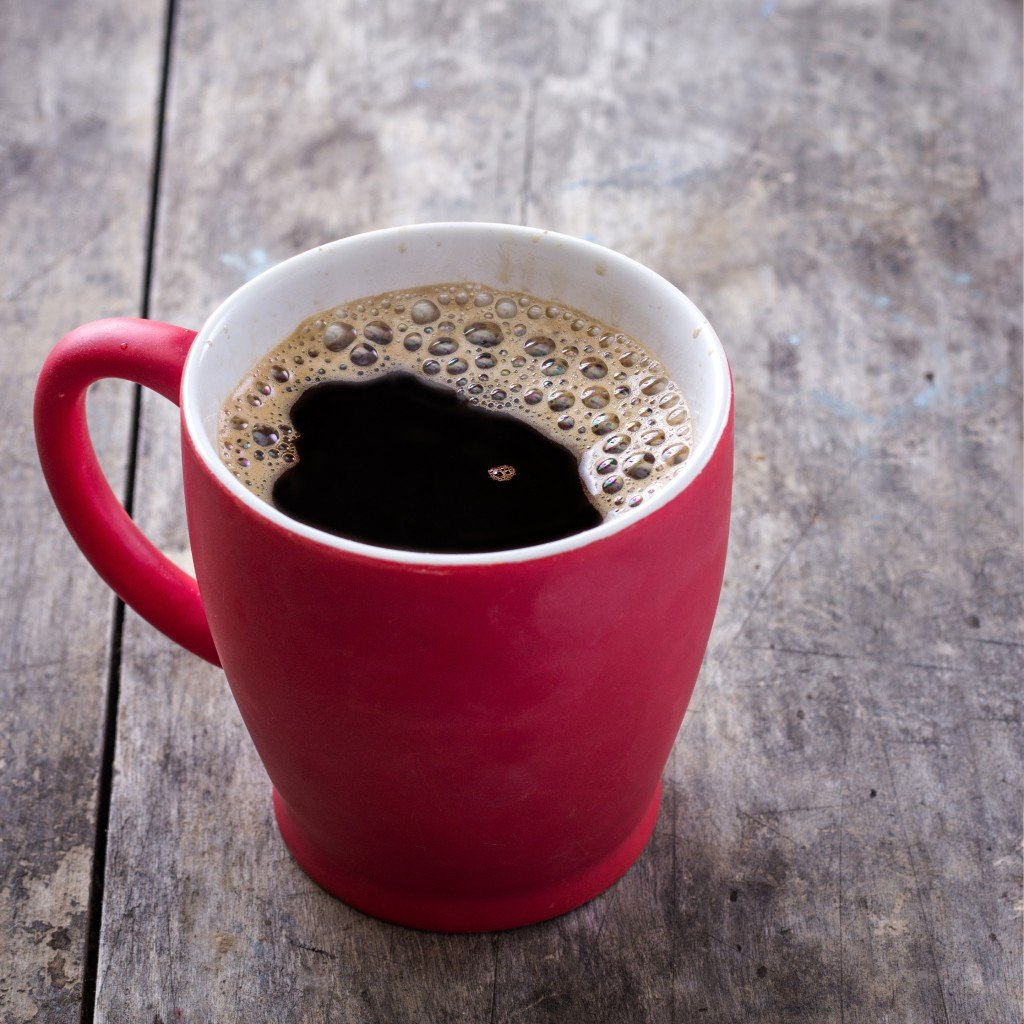