Order the Living Salad at the Big Island’s Blue Dragon restaurant, nightclub and spa in North Kohala, and you’ll get a dish so fresh you’ll think the farm was brought right to your table.

Created by Blue Dragon’s Executive Chef Noah Hester, this inventive concoction ($11 on the starter menu) is a little wooden planter box a’bloom with five to seven types of lettuces, edible marigolds and fennel fronds—it all depends on what’s seasonal at the time. Served with the salad is a small dish of the day’s fresh produce, which might include anything from minuscule whole cucamelons to snippets of magenta dragonfruit, and perhaps a fresh ginger and Kiawe honey vinaigrette.

The bouquet of assorted leaves, which flourish in a bed of vermiculite, perlite and special coconut shell potting soil, is designed to share and eat with your hands; you harvest the bounty with a dainty pair of scissors.

“We’re always looking to get things as fresh as we can,” says Hester, who debuted the dish in March 2014. “People are amazed when we tell them produce was harvested that morning from Blue Dragon’s farm. The Living Salad takes the concept of freshness down to the minute.”

Hester sells anywhere between 10 and 30 whimsical salads a night. His concoctions are devised in conjunction with farmer Paul Johnston of Kekela Farms in Kamuela and Hester’s father Ron of Hawi, who hand-makes the planter boxes from 500 year-old mango wood.

“It’s always fun to see how people interact with it,” Chef Hester says. “Just recently we had a family with kids who were playing with iPads suddenly on the edge of their seats, so excited, when Dad was snipping off lettuce leaves and handing them out. They started out not wanting salad, and then they couldn’t wait to eat it. Watching the experience gave me goosebumps. That’s totally what the salad is about.” 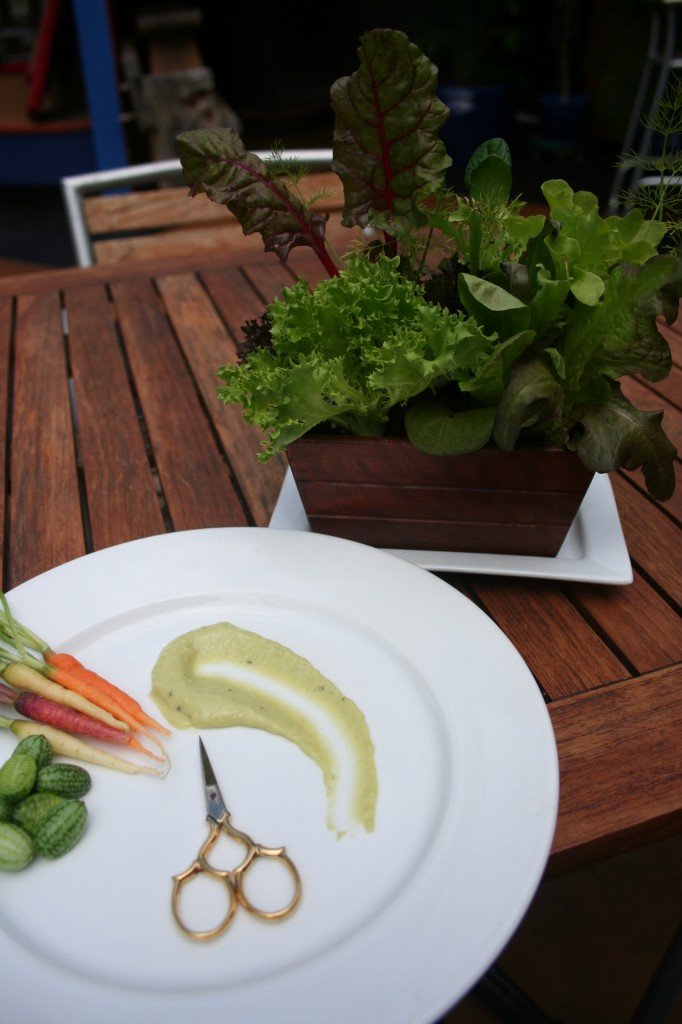