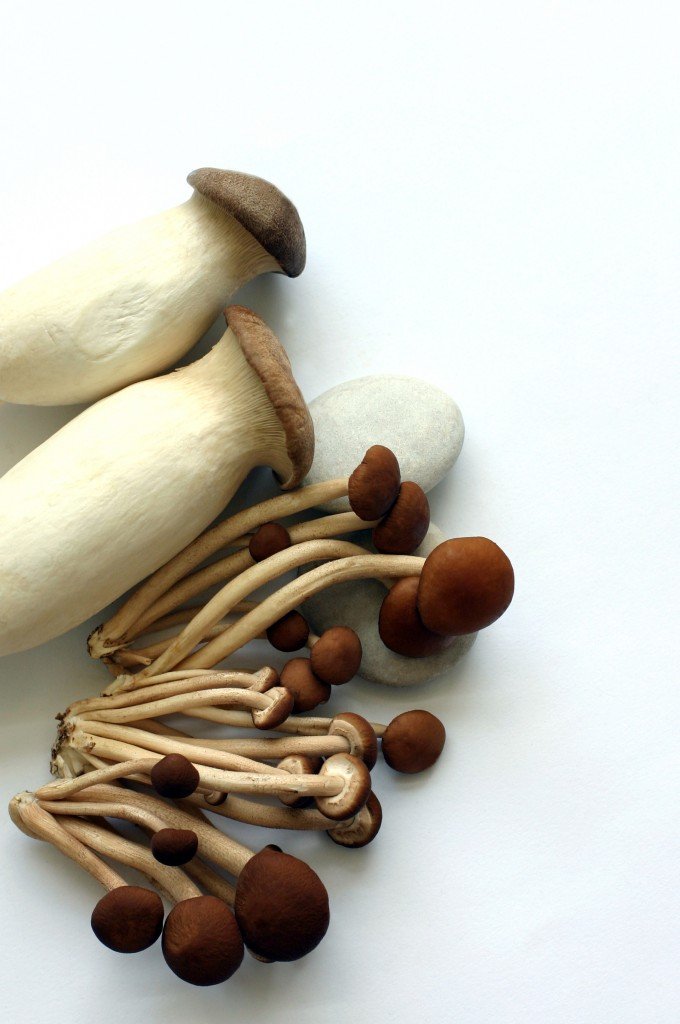 It’s all about fungi at Hamakua Mushrooms.

Here, over 5,000 pounds of specialty and exotic mushrooms are grown weekly at a specialized facility in rural Laupahoehoe on the Big Island. The fresh fungi is used statewide by chefs and local residents alike, while isle companies are sourcing the tasty ‘shrooms to produce cookies, chips, lavosh, trail mix, butters and honey. There’s even a mushroom coffee in the works.

All the fuss has jump-started the State’s only gourmet mushroom-growing tours, complete with cooking demonstrations and tastings. Hamakua Mushrooms’ on-site boutique is stocked with mushroom value-added products as well as gifts. The 35-acre Hamakua Heritage Farm, Inc. is also offering private celebrations in its Chef House, complete with a gourmet kitchen to concoct cuisine showcasing,what else, Hamakua Mushrooms!

The mushroom mania is the brainchild of a former O‘ahu helicopter company owner, Bob Stanga, and his wife, Janice, an interior designer. They broke ground on their 16,000-square-foot fungi facility in 2000.

“I love food grown in Hawai‘i and wanted to get involved somehow,” Bob shares. “It has been exciting and challenging.”

Hamakua Mushrooms (HM) grows wood-decomposing mushrooms in a substrate made with eucalyptus sawdust, wheat bran, corncob and water. A “baking bread” aroma wafts though the facility, which is a series of environmentally controlled rooms. The process involves the science of mycology (fungi), which means that sterility and exacting conditions are key to success. In addition to growing edible mushrooms, HM also makes its own mushroom spawn in an on-site tissue culture lab.

To produce mushrooms, the substrate is poured into plastic bottles, cooked, sterilized and then cooled before mushroom spawn is carefully placed inside. In a 75-degree incubation room, mycelium (roots) colonize the bottles for up to four weeks. Next, a machine scrapes a layer of roots from the top to activate the mushroom growing stage. In the growing room, light, humidity and carbon dioxide are regulated to provide optimal conditions for up to 20 days. The result is “bouquets” of fresh, flavorful mushrooms that are organically grown, free of pesticides and chemicals.

HM’s bottle cultivation method is automated and it takes about five weeks to produce a mushroom. Stanga says Hamakua Mushrooms first grew fungi in bags by hand, but switched to the current growing method in 2004 to up production. “We do over 3,000 bottles daily,” he points out.

In addition to changing the growing method, HM also improved the substrate formula by incorporating wheat bran and using a denser corncob from Iowa. “Corn adds nitrogen and form to the mixture and the wheat bran is easy for the mushrooms to eat,” Stanga explains. Trees for the eucalyptus sawdust are sourced from Kamehameha Schools land adjacent to the facility. 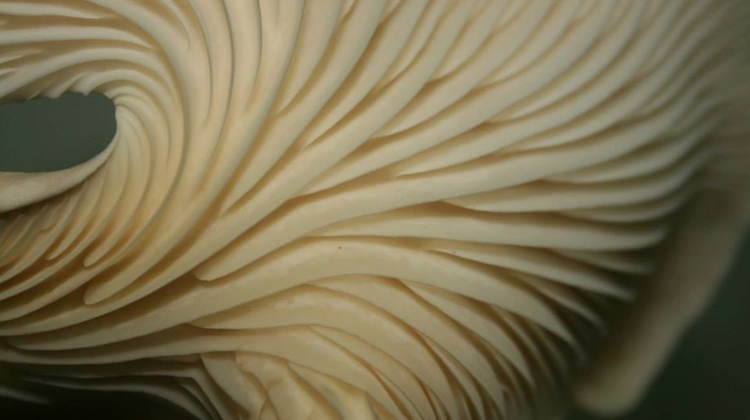 To decide which mushrooms to grow, Bob says HM tested the market by shipping samples to chefs. Until recently, the company was producing four different mushrooms, each boasting its own culinary characteristics: the gray oyster with a mild flavor and chewy texture; the robust-flavored pioppini with signature dark brown caps and cream stems; the firm-textured and nutty flavored ali‘i (trumpet) with meaty, one-inch-in-diameter stems; and the pepeiao, a fungi strain only found in Hawai’i that has a slight flavor and chewy crunch.

According to Lani Weigert, HM’s director of marketing and customer relations, HM is dropping pepeiao from its inventory and is newly growing abalone mushrooms. Abalone is a traditional earthy mushroom with a pronounced rich and buttery flavor.

“The preferences of chefs drive our market,” explains Weigert. “What they want has a lot to do with what we grow. They like the abalone.”

A stable of top Hawai‘i chefs are using Hamakua Mushrooms. Chef Roy Yamaguchi showcased the pioppini mushroom in a bisque that became a top seller in his restaurants. When Chef Alan Wong was summoned to the White House to cook for President Obama, he took the Big Island mushrooms with him. In May of 2013, Royal Hawaiian Hotel Executive Chef Jon Matsubara featured HM in a “Cooking Local” segment on NBC News’ “TODAY” show. 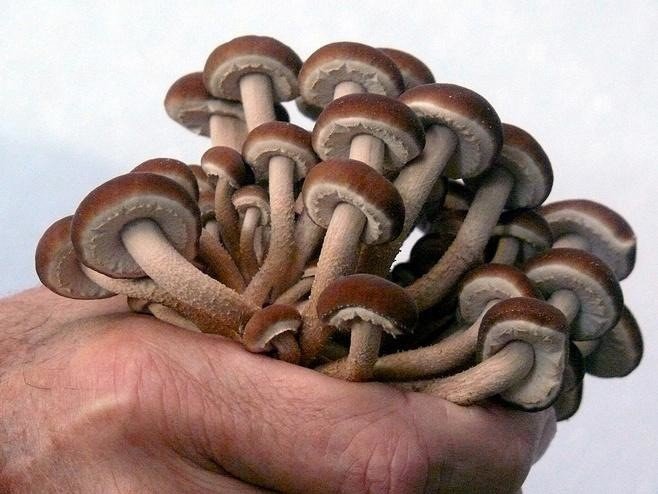 Casey Halpern, executive chef at Café Pesto in Hilo, says the availability of having locally grown mushrooms has been a “godsend” and enables him to take dishes requiring mushrooms to a different level.

“When we used Mainland mushrooms there were problems with quality and freshness,” Chef Halpern notes. “We use HM in our Hamakua Mushroom Risotto, Smoked Salmon Alfredo and pizza. We’re working on a mushroom poke for special occasions.” Perry Bateman, executive chef of Mama’s Fish House on Maui, says, “We use Hamakua Mushrooms as a main ingredient and part of a dish to make bisque, braised beef, salads, soup and fish entrees. Our favorite is the ali‘i mushrooms; they are very versatile and can be used raw, marinated, sautéed and grilled.”

The popularity of the mushrooms with Hawai‘i residents has also been crucial to HM’s success according to owner Janice Stanga, who expects close to $2 million in sales this year. She credits Costco’s interest in HM as pivotal to its growth. “At the very beginning, we went to Costco to buy steel racks and their Seattle office called and asked why we needed so many,” she explains. “After finding out we had a mushroom farm, Costco came out to see us and decided to carry our mushrooms.”

Prizing HM’s partnerships with chefs and the local business community, Weigert comments on the importance of collaborating with others to create value-added products, “It takes a village to raise a business, and we reach out across the island to be included in product lines,” she notes. “Value-added products are 75-95 percent revenue for a farmer, so it’s a tremendous opportunity for us that also strengthens the community.”

Hamakua Mushrooms now offers tours, tastings and a boutique gift shop. If in the area, stop by for a visit or make a tour reservation by calling (808) 962-0305. Can’t make it in person? Their website offers recipe ideas and information on where to buy their mushrooms across the State.