Sometimes the simplest acts are actually the most revolutionary—taking time to gather with friends, talk story, share a meal, eat from the garden, and carry tradition forward. These acts remind us to tune in to our deep connection with the ‘āina (land) and how important it is to the very nature of our existence. 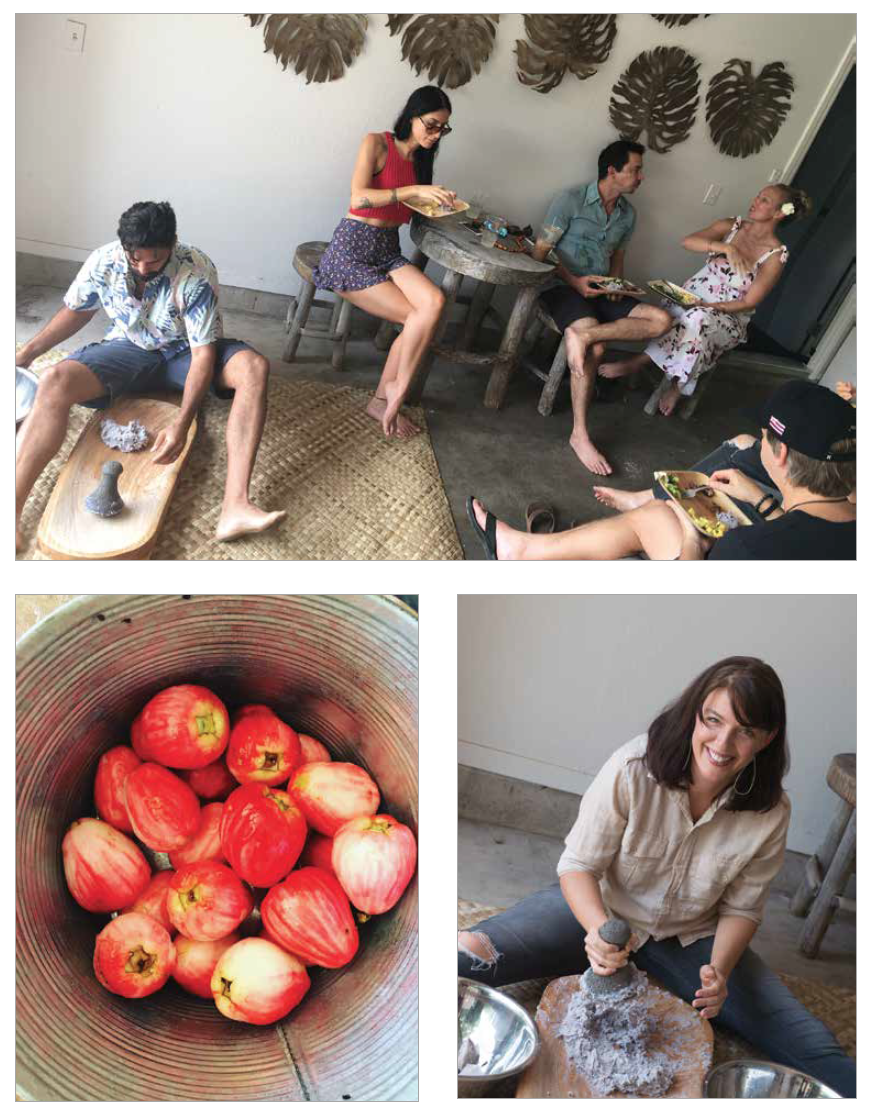 For Hawaiian slack key guitar master Makana, tuning in is much more than a musical reference. It’s about honoring culture and the soul of an archipelago that yearns for respect and appreciation for the preservation of its abundant, natural state. Prior to colonization, Hawaiians were once able to feed millions of residents without importing any food.

Despite a demanding performance schedule, Makana has always maintained his own garden and devoted his spare to time to speaking out in support of practices that sustain that which feeds us: the ‘āina as well as the local farmers that are its stewards.

In Hawai’i, it is common for families and friends to gather on weekends to talk story, cook, drink, and play music and games. Most often, these gatherings take place in someone’s open garage or back yard. It doesn’t matter what size the space is, it’s all about company and the meal. Neighbors are always invited and they are encouraged to bring produce from their garden, fruit from their trees, or fresh caught fish to share.

Makana loves to invite friends over to share a meal and prepare food & drink grown close to home. It’s this simple act of connection that provides him with the fuel to travel and share the Hawaiian culture with the thousands of people that flock to his performances to be transported to one of the most sacred places on earth.

We recently joined Makana for a small afternoon gathering, which involved group meal preparation, spirited conversation, and music (of course!). Guests took turns picking up the pōhaku ku’i ‘ai (stone pestle) to take part in pounding taro– a mealtime tradition that has existed in Hawai’i for thousands of years. Pineapple infused water kept everyone cool and laughter was the only thing that drowned out the sounds of the stone hitting the papa’kui’i (wood board). 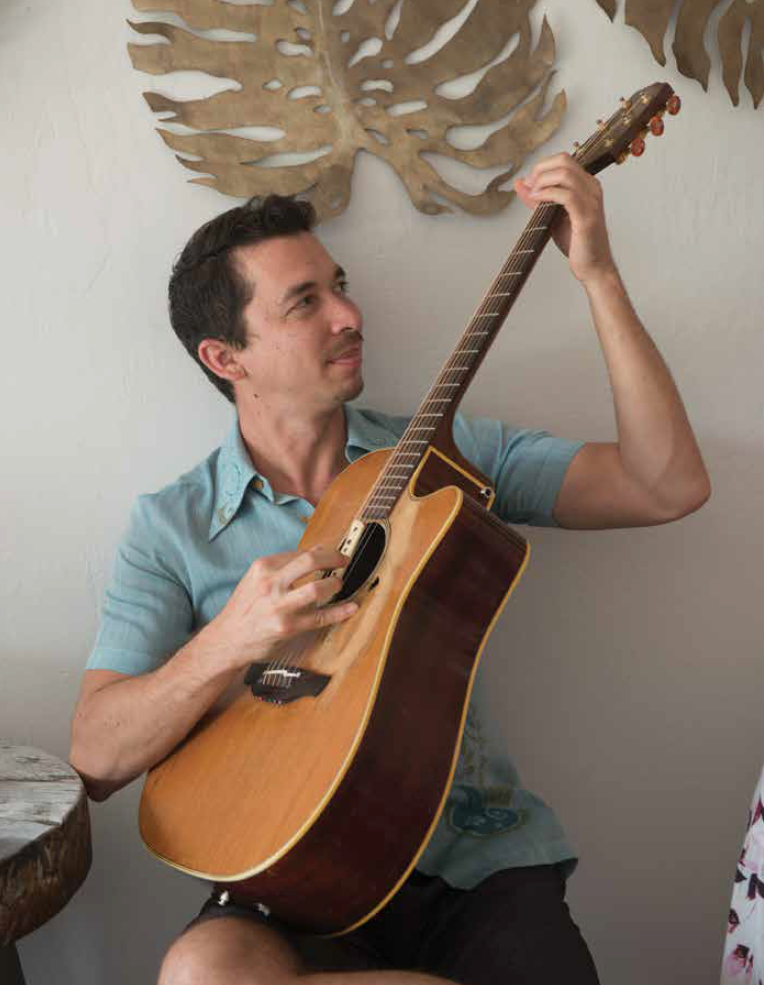 Following the meal, the mesmerizing sound of Makana’s guitar enveloped the gathering. In this moment one truth rose to clarity, tangibly uniting the assembled guests: that the āina is the source of life and that we all play a critical role in ensuring that it remains healthy for future genera-tions. Perhaps one solution for protecting Hawaii’s natural resources is simply to eat together more? It’s certainly food for thought, because one message of this meal was crystal clear: sharing food & drink is indeed a revolutionary act.

Lawai’a stands upon the shore
Throwing his net to feed
He catches fish, but never more
Than what his family needs
And the new fish spawn
In the old fish pond

Some believe they own the land
Do they really now?
I believe the land owns us
Let me show you how
For the land must give
For a man to live
Once we understand
This is sacred land
Then a new day will dawn
In Hawai’i’s Song