IN 2013, ALA‘AMOE KEOLANUI TRADED in the heels she wore in the Kamehameha Schools admissions office for rubber boots to work alongside her husband Troy and their partner Ed Olson at the1,000-acre OK Farms (short for Olson and Keolanui). Nearly a decade before, they’d planted baby spice trees along a dirt path on their land bordering the Wailuku River, just to see how they’d grow. Fifty clove, allspice, curry, nutmeg and Ceylon cinnamon trees lined “Spice Road,” and every one of them flourished. As Spice Road became Ala’amoe’s passion project, the pull to make something happen with the yields grew along with her beloved trees. “I said [to my husband], we need to be doing more than just showing them off to the guests; we should be processing the spices into food.”

Now Ala‘amoe and her family do all the harvesting and much of the processing by hand. Picking clove buds one-by-one to sell whole may be a fairly straightforward process, but cinnamon processing is a bit trickier. After Troy cuts down the branches with a chainsaw, Ala‘amoe uses a pressure washer to remove the moss and lichen. For dried sticks, she cuts the bark into pieces, leaving the outer bark on, and sets them out to dry. To make ground cinnamon, she pats the branch dry and “goes at it with a hammer” to detach the outer bark from the inner wood, since the inner wood has no medicinal properties. Then she uses a knife to shave the cinnamon off the bark and dries the shavings in thin strips. In the final step, a commercial grinder turns the shavings into a fine powder.

Today, Spice Road is a highlight of OK Farm’s walking tour. In addition to exploring the verdant coffee, macadamia nut, cacao, heart of palm, lychee and longan trees on the farm, guests are treated to a multi-sensory spice experience. Ala‘amoe invites them to smell, touch and taste the leaves and guess which spices are which. Her mission is to show people how organic spices create new dimensions of flavor in food and heal the body in a variety of ways. She shares that clove is a natural pain reliever, known to help heal cuts and burns, and can also be used as a natural insect repellent. Allspice is an anti-bacterial and antifungal plant with powerful aromatherapy applications. Ceylon cinnamon, she says, is rich in antioxidants and a terrific immune booster. 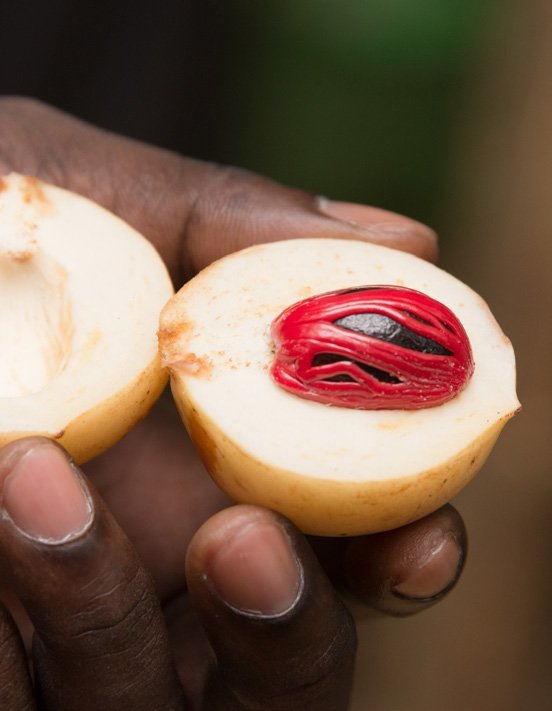 OK Farms also sells a sixth spice—the lesser-known mace, which Ala‘amoe describes as the “bright red alien webbing” of the nutmeg seed with a flavor reminiscent of cinnamon and pepper. Among other uses, she fancies mace in chocolate chip cookies, granola and Indian dishes. “We sell it in shells, and it’s really easy to open at home,” she says. “You just put your body weight onto the shell and crack it, then grab that little ball of nutmeg in the center. Use a handheld grater to sprinkle it in your dishes, and store it in a sealed jar in your spice cabinet.”

“PEOPLE ARE AMAZED AT HOW THE SPICES LOOK IN THEIR TRUE, FRESH FORM”

Two other farms on the Big Island are currently growing and processing spices—Wailea Agricultural Group on the Hāmākua Coast and Adaptations, a local CSA farm in Kealakekua—though Spice Road remains distinctive in its tour experience and diverse product mix. In 2015, Ala‘amoe started turning her spices into “healing mists,” fragrant sprays that combine essential oils and healing water extracted through a slow distillation process using ice water and steam heat. Good for topical and internal applications, the healing mists can be used as a spritz for the face and body, or for a health boost in foods and beverages. 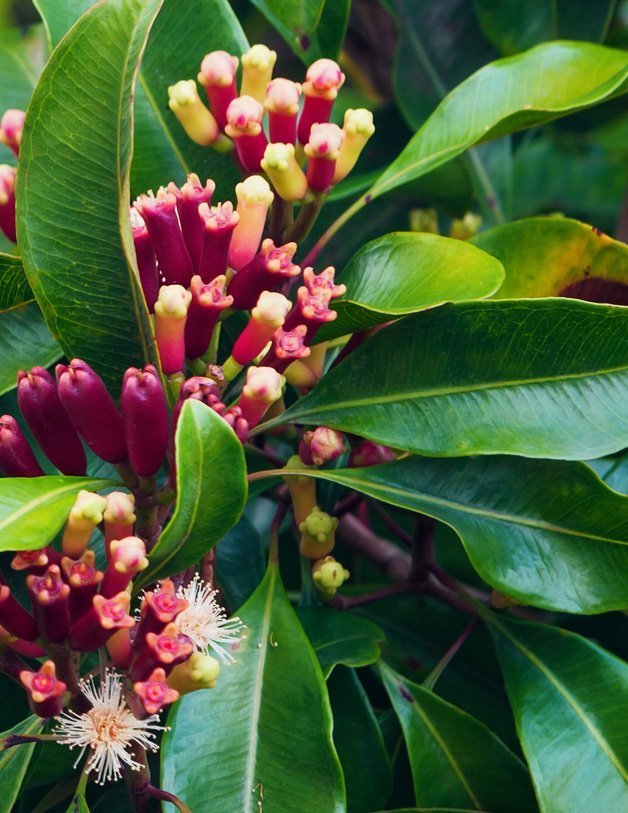 Since adding the spice tour, Ala‘amoe and crew have enjoyed strong support from surrounding communities. “People are amazed at how the spices look in their true, fresh form,” she says. In addition to buying the spices on site or online, locals can taste OK Farm’s homegrown cinnamon, nutmeg and allspice in baked goods from Sundog Bread in Kona, or sample their curated curry while dining at Kamana Kitchen, an Indian restaurant in Hilo.

At the end of the day, Ala‘amoe hopes her passion to grow organic spreads beyond the farm, along with the spices and knowledge she shares. “Why rely on the mainland when we can grow pretty much anything here?” she says. “The excitement to feed our own community starts from within—try growing something small at home, get the kids involved and see what happens!”

Clove is usually a summer crop, nutmeg is in season during the spring/summer and end of fall, and cinnamon and curry are available year-round. [eHI] 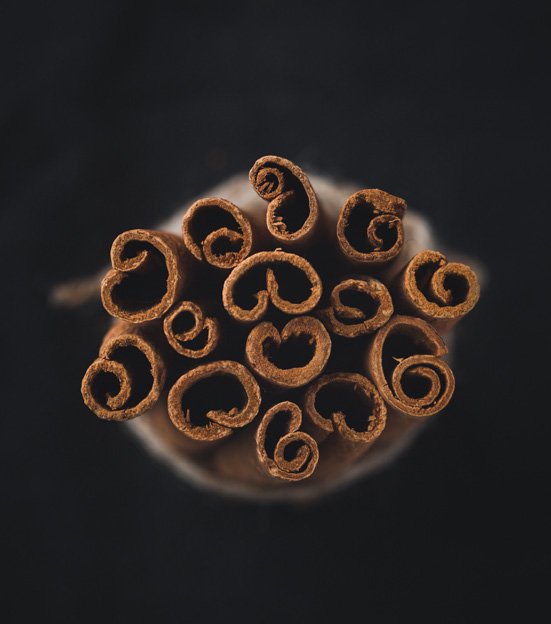