It’s a well-known fact that Hawai`i imports nearly 90% of its food. Owing to geographic isolation and a heavy reliance on these imports, people in the islands are keenly aware of what could happen to the state’s food supply if transportation lines were disrupted. Greater recognition of this vulnerability has fueled a movement of people who aren’t just talking about breaking Hawai`i’s import addiction, but are paving the way to a stronger, healthier, more food-secure tomorrow.

Now their story is being told in a feature length documentary called Seeds of Hope (Nā Kupu Mana`olana). Several years ago board members of the Hawai`i Rural Development Council (HRDC), a nonprofit that supports the economic and social welfare of rural communities, decided that the best way to raise awareness of the need for greater self-sufficiency was to make a film.

The 87-minute documentary was written and directed by Hawai`i Island–based filmmaker (and former HRDC member) Danny Miller. He describes Seeds as a vision of how 21st century Hawai`i is answering the challenges of food security by drawing upon its own traditions, historical understanding of the land, and people who recognize the need to cooperate with nature in order to survive.

In 2009, Miller began three years of speaking with dozens of farmers, ranchers, gardeners, educators and local food advocates across the state. He says he was moved by how many people in Hawai`i already “get it” and are making the shift toward food sovereignty.

A more sustainable food future for Hawai`i, Miller says, is rooted in its past. He points to the Hawaiian land management system based on ahupua`a land divisions that fed a pre-contact population comparable or greater than today.

HRDC Chair Alan Murakami says the making of Seeds helped him appreciate how Hawai`i’s resource base already contributes to sustaining small communities by growing their own crops, hunting and fishing. He hopes the film will advance the discussion of food security.

“We’ve got basically no warehousing except for those containers on the ocean between California and Hawai`i. If something happens to that pipeline, we’re out of food,” Murakami says.

For Seeds co-executive producer Kevin Chang, one of the most poignant moments in the film is when Moloka`i activist Walter Ritte describes paddling away from the island until he can look back and see the physical limits to available resources.

“In a lot of ways people on the continent aren’t able to appreciate that perspective, but there’s a lot to learn about what a small system like Hawai`i is doing to deal with these issues. People say the Earth is an island … it’s just that you can’t see it until you actually look at an island on the Earth.”

Like her fellow HRDC board members, Seeds co-executive producer Mona Bernardino hopes the film drives home the point that everyone in Hawai`i needs to support the farmers by buying locally grown produce. The filmmakers hope the movie forces people in Hawai`i to consider what kind of agriculture they want to support.

Seeds brings together a diversity of voices from small family-owned farms and organic farmers to multi-national biotech giants like Monsanto and even a Hawaiian professor who led the production of GMO papayas. In doing so, the film raises questions about whether remaining agricultural lands, infrastructure and vital resources like water should be used strictly for growing food to feed people here or for producing experimental genetically engineered seeds for export and other crops for biofuels or other nonfood items.

“That balance is going to be critical to whether we achieve greater food security,” Murakami says.

Seeds of Hope is proof that talk of food security is not merely pie-in-the-sky. The more than 45 people Miller interviewed for the film—the farmers, ranchers, teachers and community leaders—are the real deal and they’re creating Hawai`i’s food future.

They are people like Kamuela Enos, a director at MA`O Organic Farms in Wai`anae. Enos says Seeds speaks to more than simple questions of sustainability but also examines the depth and complexity of Hawai`i’s community-based food systems. He believes the film can spark discussions about environmental and social justice and sovereignty—both cultural and community—and about revitalizing indigenous agricultural models.

On Kaua`i, lifelong farmer Jerry Ornellas says Seeds of Hope imparts a wealth of knowledge from people who aren’t just what he calls “Google experts” but from people who live and breathe agriculture. He says the film has broad appeal because its topics are universal and, in an increasingly urbanized world, “people everywhere are in interested where there food is coming from.”

During a recent visit to the East Coast, Ornellas noticed that people in large urban areas had the same interest in local food and farming as people in Hawai`i. A major difference, he says, is that in Hawai`i everyone can grow food year-round, even if it’s just something small in a backyard garden or on a lānai. “If nothing else, gardening teaches you what farmers have to deal with,” he says.

Director Danny Miller sees plenty of reason for optimism. “It’s happening now. This shift, away from imported food dependence to a future where we have control over our own food sources, is coming—and it will come—from the people. It’s really a grassroots movement, in every way.” Making this move will mean Hawai`i is better off economically, environmentally and socially, says Miller. “I believe the people will lead and, eventually, the government will follow.

Big Island farmer and educator Nancy Redfeather also appears in the film. She says support by State agencies like the Department of Education is imperative to the success of transitioning to a more sustainable food model. Redfeather, director of the Hawai`i Public Seed Initiative (a project of the Kohala Center), says the State has a key role in making sure land and water are available for small farmers and that it invests financial resources in the education of future farmers.

Besides maintaining higher standards of land stewardship, Redfeather says it’s critical to have children in school seed-to-table garden programs beginning in kindergarten and continuing through high school and college.

Redfeather believes part of the solution may be to, instead of having one 1,300-acre farm, strive for 1,300 one-acre farms which is closer to the traditional Hawaiian model.

“When Captain Cook sailed into Kealakekua Bay, his botanist recorded looking up on a hillside of green, small gardens where the Hawaiians grew food for what is thought to have been 100,000 people that might have lived on the Kona Coast of Hawai`i Island.”

Watching a film like Seeds of Hope is important, Redfeather says. “Sometimes when you know the story, it influences your behavior.” She hopes the film will inspire the government to support a farming renaissance that is rising from the community. “This is an opportunity now. It’s not something that needs to be created—it’s already there.”

“We don’t have to gather more research,” says Redfeather. “We just need to act and that takes will, intention, direction and focus. It seems like we should be able to do it. This is really a time to act.”

Learn more about Seeds of Hope (Nā Kupu Mana`olana)at www.SeedsOfHopeTheMovie.org and watch it on PBS Hawai`i in September 2013. 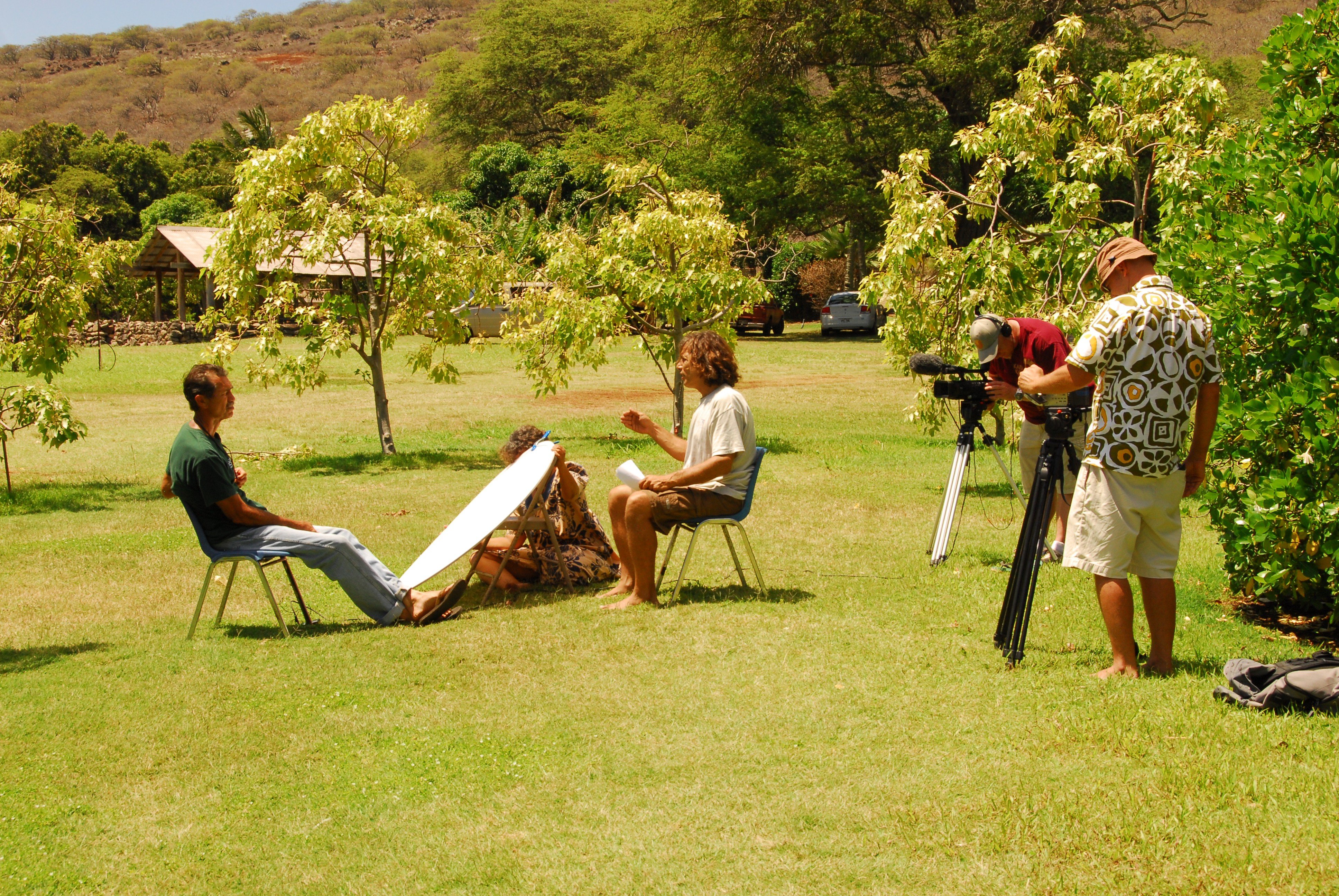