To Europeans and Australians, it’s known as pawpaw. Cubans call it fruita bomba, whereas it’s mamão in Brazil. Christopher Columbus called it “the fruit of the angels,” while other early explorers nicknamed it “the tree melon.” The exact origins of the papaya are unknown, but it is widely accepted that this fruit of many monikers is native to the tropical region of the Americas.

There are two types of papayas, Mexican and Hawaiian. The papaya’s introduction to the Aloha State was likely in the 1820s, but it wasn’t until 1911 that the namesake type we know and love today came to the islands by way of Barbados. Oahu-based botanist Gerritt P. Wilder harvested seeds from a single papaya fruit while visiting the Caribbean island, and pocketed them before heading back home. This smaller papaya was named ‘Solo’ in 1919, and was the only commercially-grown variety in Hawaii by 1936. The name came from the notion that this fruit was perfect for a single person, as opposed to the larger Mexican varieties that could feed a group. (Maradol papayas, a Mexican cultivar, can weigh upwards of 10 pounds.) These smaller papayas became a chief export of the islands, thus earning the title of Hawaiian papayas.

If you’ve ever picked up a papaya in a mainland grocery store to come home and eagerly cut it open, only to be disappointed— you’re not alone. Hawaiian papayas are difficult to ship and highly perishable, due to their fragility and fickle shelf life. Also, they do not increase in sweetness after they are picked, resulting in a bitter or bland selection. While states like Florida, California, and Texas produce them in small quantities, the bulk of the ones you find on the mainland are imported, either from Hawaii or internationally. A truly tropical fruit, the plants need certain conditions to thrive—and Hawaii is prime real estate for papaya production.

A TASTE OF THE TROPICS

Lovers of sunshine and porous soil, papayas flourish in the superstar growing conditions the islands offer. They grow on what appears to be a tree, but is actually an enormous herb, and can be harvested during any season.

With a flavor profile falling somewhere on the melon spectrum, papayas—when perfectly ripe—are luscious, mildly sweet, and have a creamy, yet juicy, mouthfeel. A raw, ripe Hawaiian papaya that’s ready to eat will be deep yellow (with a little green) on the outside, vibrant yellow-orange in the middle, and firm with a bit of give. Cut it lengthwise, scoop out the seeds, and dig in—just discard the skin.

The small black seeds are edible, too, but not nearly as palatable. They taste similar to a black peppercorn, and are ground and used as a substitute for such in some regions of the world. Or, they can be pulverized into a smoothie for an extra health boost. Green papayas, which are often shredded and used as a base in Southeast Asian–style salads, are simply unripe papayas with a comparable taste to jicama or mild cucumber.

In addition to being delicious, they boast a bunch of health benefits. Low in cholesterol, calories, and fat, papayas only taste indulgent. The fruit is packed with antioxidants, enzymes, phytochemicals, and minerals, and contains approximately 150%- 300% of your daily recommended vitamin C, depending on the size. Papain is an enzyme exclusively found in papayas, and is an effective digestive aid that’s prized for breaking down proteins— which works wonders for your skin and hair.

With a distinctly tropical flavor, myriad health benefits, and yearround harvest potential, papaya production across the archipelago rose steadily throughout the 20th century and continues to do so today. In the 1950s, however, the industry had a stroke of bad luck. The infamous papaya ringspot virus (PRSV) hit Oahu hard, and halted nearly all production on the island. During this time, papayas found a new home in the Puna district of Hawaii Island. After decades of uninterrupted farming, PRSV eventually ran rampant through Hawaii Island in the 1990s, and papayas faced the brink of extinction. To combat PRSV, two genetically modified (GM) varieties of papaya were introduced to Hawaii in 1998, after being developed by Cornell scientists and researchers from the University of Hawaii. These GM seeds were distributed to the disheartened papaya farmers in Puna—for free. One of the GM varieties, the Rainbow papaya, is often thought a GM success story within scientific communities, and many growers attribute it to giving their farms a second chance.

However, non-GM advocates have pushed for legislation against the introduction of future GM papaya varieties, and a handful of farms solely grow organic, non-GM plants—primarily the Kapoho variety. Genetically modified foods are a hotly debated topic, especially in Hawaii, and papayas are no exception. Whichever side of the debate you’re on, it’s safe to say that biotechnology has played a key role in the industry’s growth—and it’s important to note that GM papayas were developed by public-sector scientists, as opposed to for-profit corporations. Both GM and non-GM varieties are chock full of the aforementioned good stuff, like vitamins, minerals, and enzymes, and continue to make the industry a lucrative one.

Controversy aside, papaya production is booming, and stays in high demand. According to data from the National Agricultural Statistics Service, Hawaiian papayas brought in over 9 million dollars in 2016. Clocking in around 50 cents per pound, that’s a whole lot of fruit. And despite threats like PRSV, growing the fruit is a pretty quick and easy undertaking—it only takes about a year for the low-maintenance plants to start producing fruit.

With a rich, complex history and a bright future, papayas are a significant part of Hawaii’s culture, agriculture, and economy. And lucky for us, these delightful fruits are easy to come by. Between weekly farmers markets, those fruit stands sprinkled down the highways, and high-end smoothie and juice operations, you can get this little slice of paradise anytime. So, let’s collectively tip our hats to Mr. Wilder for bringing this iconic fruit to Hawaii all those years ago. 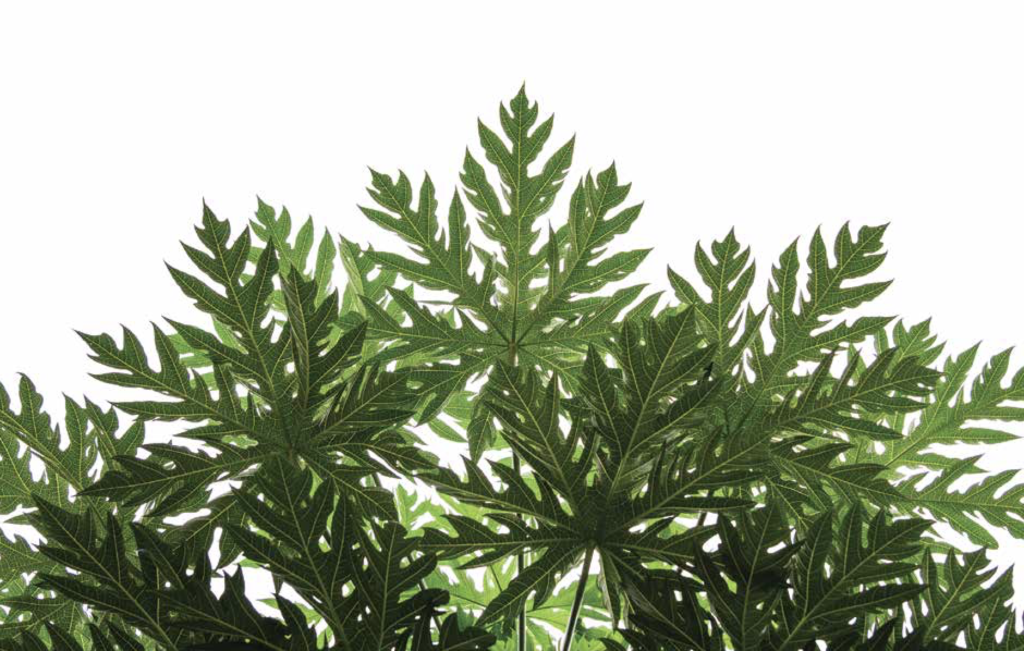