Collaborative chef events take on a variety of looks. There’re fancy food and wine events with dozens of stations pumping out bite-sized, highly garnished dishes for well-heeled guests. Then there are beer and whisky-soaked collaboration dinners that can veer more towards frat party than dinner. On the more polite side there are out-in-the-field dinners, meant to highlight a chef’s connection to terroir, agriculture, and the region they cook in.

The Maui Chefs’ Invitational was all of these, and none of these.

To a mainland chef, an invitation to be part of a collaborative dinner at a lush plantation farm on Maui seems like a no brainer; hang out on the beach, cook a couple dinners, drink some Mai-Tais, and work on your tan. It was an easy win for all chefs involved- and for the attending guests as well, as they would be treated to some of the countries best and brightest culinary talents. Brad Kilgore (Alter, Miami), Lee Wolen (Boka, Chicago) and Francis Derby (Formerly of Cannibal, NYC) trekked from their respective harsh winters to participate, while West Coast rising stars such as Maya Erickson (Lang Ban, Portland) and event co-organizer Gregory Gourdet (Departure, Portland) were also in attendance. As for the locals, Top Chef star Sheldon Simeon (Tin Roof, Maui), Lee Anne Wong (Koko Head Cafe, Oahu), and event host Jeff Scheer (The Mill House, Maui) rounded out the group.

While this collective was impressive on paper, it was the way the meals came together each night that made them greater than the sum of their parts. Trips to local farms to source ingredients were part of the daily schedule, and it wasn’t unusual for a chef to wander outside to get a breath of fresh air and come back into the kitchen clutching fresh produce from The Maui Tropical Plan-tation’s extensive farm.

But it was the collaboration aspect that really set the Maui Chefs’ Invitational apart. Chefs could be found exchanging cooking tech-niques, butchery methods, and openly sharing closely guarded recipes. This level of mutual respect and emphasis on teaching and learning are rare things to see, and probably had much to do with the fact that the chefs shared a house during their stay. Think The Real World, minus the drama and hygienically dubious hot tub.

The final day featured a cook out for 400 guests on The Mill House’s front lawn—something that sounded as daunting as it would be fun. The entirety of the meal was cooked over open flames and grills, with Francis Derby stealing the show by open spit roasting several local lambs. The open-air event allowed guests the rare opportunity to interact with the cooking process, and certainly gave the mainland chefs a deeper understanding of the aloha spirit.

On the surface, it can be easy for an outsider to dismiss Maui as a food desert. So many visitors never look beyond the offerings at their hotel, or what is readily familiar to them. The closest many guests come to the sense of place Maui has to offer is a watered-down hotel lu’au, or maybe a cautious visit to a beach-front cafe. The Maui Chefs’ Invitational took a big stride towards moving past all of that. The combination of incredible, local ingre-dients, talented chefs, and a team truly working as ‘ohana made for a unique and one-of-a-kind Maui event. Setting the tone and pace was important, and we are all looking forward to see who will be sharing experiences at the 2017 Maui Chefs’ Invitational 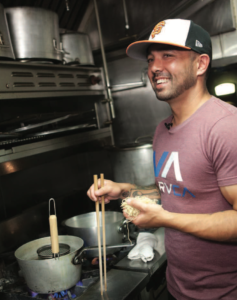 Bio: Richie Nakano’s Japanese-American family often ate big meals together, which helped nudge the budding chef toward a career in food. Working as a server and bartender after high school, Nakano started cooking for himself and eventually enrolled in the California Culinary Academy in San Francisco, where he nurtured his culinary foundation.

In 2010, Nakano opened Hapa Ramen as a pop-up food stand at the Ferry Plaza Farmers Market. A few years later, after launching a successful Kick-starter campaign, he opened his first brick-and-mortar ramen noodle shop and earned a 2013 StarChefs Rising Star Community Chef Award. His involve-ment with Hapa ended, but Nakano continues to experiment with new recipes and host pop-ups, and he’s picked up writing again as a contributor for First We Feast as well as Rising Stars Magazine, crystallizing his role as the chef-voice of San Francisco. 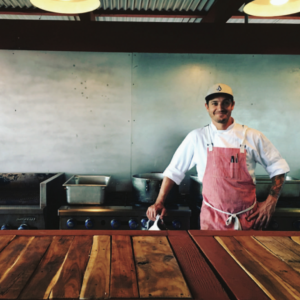 The Maui Chefs’ Invitational was designed to bring chefs from around the United States to this isolated island in the middle of the Pacifi c.  I feel like some of my fondest cooking experiences have been working along side other very talented chefs and that is the gist of what the Maui Chefs’ Invitational is about.  It is designed to bring in the knowledge and background of each city represented by the visiting chefs, and to spread awareness of Maui’s culinary scene amongst the participating chefs.  We are in diﬀ erent era in food in this country and an exciting food revolution has begun on the island of Maui.  Farmers and chefs have never worked so closely together, and there are things happening here that aren’t happening anywhere else.  Through farm tours and the rest of our culinary itinerary during the chefsʻ stay, my hope is to create a memorable experience.

Bio: Leading the innovative culinary team at The Mill House is Executive Chef Jeﬀ Scheer.  From a small town in southeastern Ohio, Jeﬀ was drawn to the kitchen at a young age, acquiring his love for cooking from his grandmother. Studying and apprenticing (both in the kitchen and in the fi elds) throughout California and Oahu, upon arriving in Maui, Jeﬀ knew he had found home.  At the helm of The Mill House dining experience and all the venues it encompasses at Maui Tropical Plantation, Jeﬀ has created the ultimate “farm to table” model, growing and sourcing unique and timely ingredients that are literally yards from the kitchen.

This translates to an experience that is varied, endlessly creative….and unique on the island of Maui. 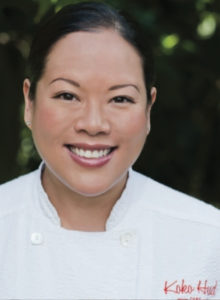 The Maui Chefs’ Invitational is a week-long collaboration of food and culture between Hawaii’s leading culinary talent and visiting mainland chefs discovering Maui for the fi rst time. Complete with farm tours, foraging, and a weekend of multi-course tasting dinners and a festive outdoor barbecue, it’s an opportunity to see and taste what happens when passionate chefs and the bounty of Hawaii come together. As a partic-ipating chef last year, it was an incredible experience, working with my local ‘Ohana (Event Host Chef Jeff Scheer of The Mill House at the Maui Tropical Plantation, and Chef Sheldon Simeon of Tin Roof Maui) and new and old friends alike from the main-land (I had worked with both Greg Gourdet and Francis Derby when I lived in NY). The creativity, technique, thought process, and even the time spent together when we weren’t working in the kitchen were inspiring and, to me, highlight what this job is all about. Being able to share our love of the ‘aina and the place I now call home makes this one of the most unique and rewarding events I’ve done to date.

Bio: Lee Anne Wong is the chef and owner of Koko Head Cafe in Honolulu, Hawaii. A native of Troy, New York, Wong graduated from the International Culinary Center (ICC), formerly known as the French Culinary Institute, and began her culinary training at Marcus Sam-uelsson’s Aquavit before playing an integral role in the opening of Jean Georges Vongrichten’s Chinese concept, Restaurant 66. Wong went on to work as the Executive Chef of Event Operations at ICC, during which time she was prominently featured on Season One of Bravo’s Flagship Series Top Chef, and subsequently was hired as the series’ Supervising Culinary Producer for the next 6 seasons, helping to build the show into the powerhouse it is today.

In late 2013, Wong moved from New York City to Honolulu where in 2014, she debuted Koko Head Cafe – an island style brunch house in the Kaimuki neighborhood – to popular acclaim, with Wong recognized on the cover of Honolulu Magazine, as well as in Bon Appétit, Food and Wine Magazine, Honolulu Star-Advertiser and Huﬃ ngton Post. Wong released her fi rst cookbook, Dumplings All Day Wong, in August 2014. Chef Wong continues to expand her brand across the globe, joining the culinary team for Hawaiian Airlines in 2015, and debuting Sweetcatch Poke in NYC in the fall of 2016. 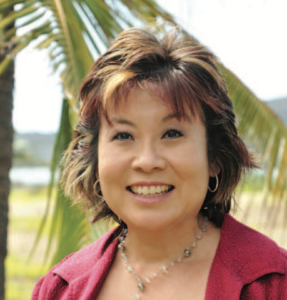 “I had no idea what to expect from the Maui Chefs’ Invitational, but it was appealing to see so many renowned talents that I already had been following on social media, in one kitchen for one event. That alone hinted that dinner was going to be an amazing culinary feast. It’s got elements of some of your fa-vorite reality shows but without the drama: all the chefs share the same house or hotel, like Real World; and they use local ingredients to make secret, all-new dishes with their ﬂ air and expertise, like Top Chef. But unlike the reality shows, they’re all putting their minds together to create a unique, beautiful and interactive dining experience.

As we go to press we are thrilled to announce the dates and line-up for the 2017 Maui Chefs’ Invitational.
Please visit www.mauichefsinvitational.com for details. 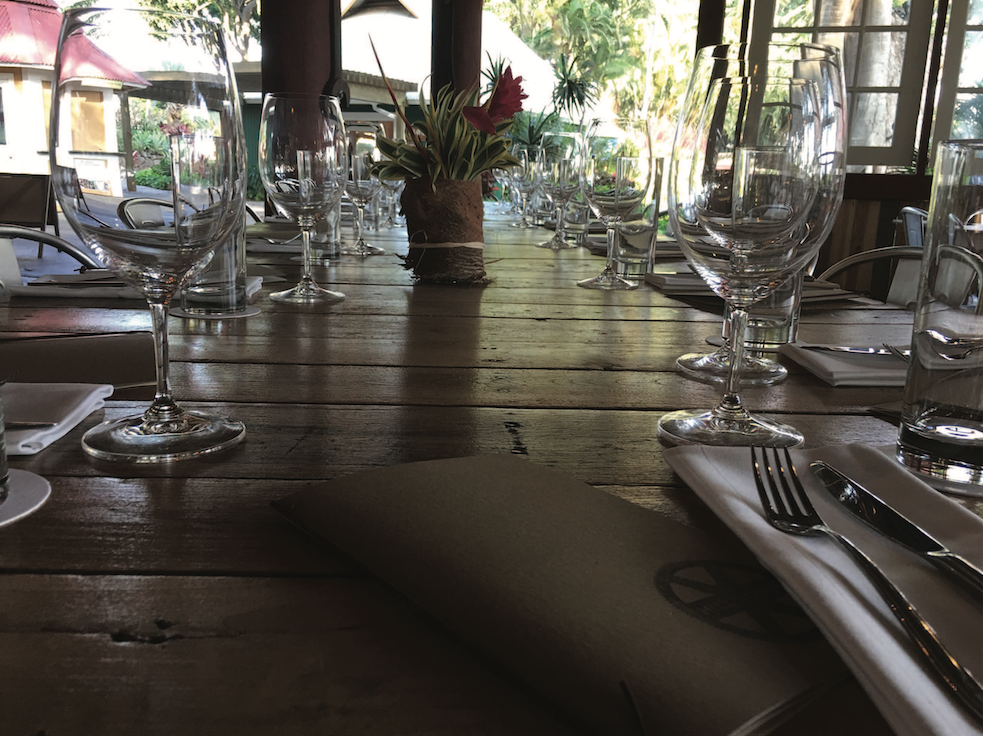