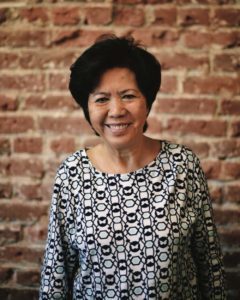 A huge pot sits in the upstairs kitchen at The Pig and the Lady, dwarfing the cook beside it. Loan Le, a.k.a. Mama Le, is the diminutive grand dame behind her son Andrew’s wildly successful culinary popup-turned-juggernaut. “Put in the bones for me, please,” Le says, pointing at a 10-pound bag of pork bones. Chicken bones will follow, then a large cheesecloth bundle of charred onions, salted radishes and dried roasted squid. By late afternoon the pot will yield the rich, fragrant broth for Le’s hu tieu My Tho, a southern Vietnamese noodle soup layered with slices of pork loin, Kahuku shrimp and crab fat tomato sauce. Because of its complexity Le rarely makes it; when she does, for the Pig’s farmers’ market booth, it sells out.

Cooking came to Le as a passion and an afterthought, much as it did for her son. The difference was that for Mama Le, the world of food was framed in war. The thirteenth of 15 children, she was a child when Ho Chi Minh’s victory over the colonial French forced her family from their native Hanoi. In Saigon she met Raymond Le, whose family had fled Hue during the Tet Offensive. “Only when I married did I have to cook,” she says. “My husband is picky—he likes to eat out, so I had to learn how to cook like in a restaurant. I learned the three cuisines of my country: central from my mother-in-law, northern from my mother and sisters, southern from my husband taking me out to eat.”

As South Vietnam fell, the Les boarded a refugee flight to the States. They were pulled off at Hickam Air Force Base when a heavily pregnant Loan Le went into labor. Their first child, Anderson, was born the next day. Then came Alex, Andrew and Allison, and Le’s pots of noodle soup got bigger. After shifts at the family’s growing business, Toys ‘n Joys, she cooked from memory and from a bible of 100 northern, central and Southern recipes amassed by her older sister: savory northern-style pho; bun cha vermicelli noodles dipped in a tart-sweet broth studded with green mango and grilled pork meatballs; spicy bun bo hue, its ropey rice noodles twined with stewed pork, beef and banana blossoms. Her kids loved her food, she says, because she loved to cook it. 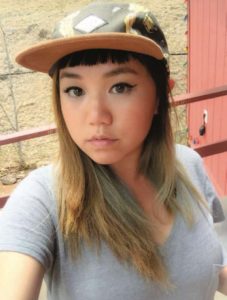 It’s not really surprising that Andrew, raised on the heady flavors of his mother’s kitchen, switched from design studies to culinary school. When he left Chef Mavro and struck out on his own, his early pop-ups progressing to farmers’ markets and then to a packed Chinatown restaurant and a new one opening at Ward Centre, he kept his mother’s flavors at the center of an eclectic menu. Every popup featured a Vietnamese noodle soup cooked by Loan Le as the fourth course. The Pig’s farmers’ market menus were centered around these noodle soups, with virtually the entire family coming together around them as they had in their home kitchen: Andrew at the pot, Alex running the operation, Allison or Andrew’s wife Teri taking orders, Raymond serving up Vietnamese iced coffee and Loan watching over them all.

Today she still oversees the farmers’ market soups, working six days a week surrounded by her children. Now, standing at her pot in the Pig’s upstairs kitchen, Le gets a call from downstairs. Andrew needs help perfecting her southern-style broken rice. “Andrew always says the flavors have to be right,” she says. “He says they have to be the flavors of his family.” And she hurries downstairs.