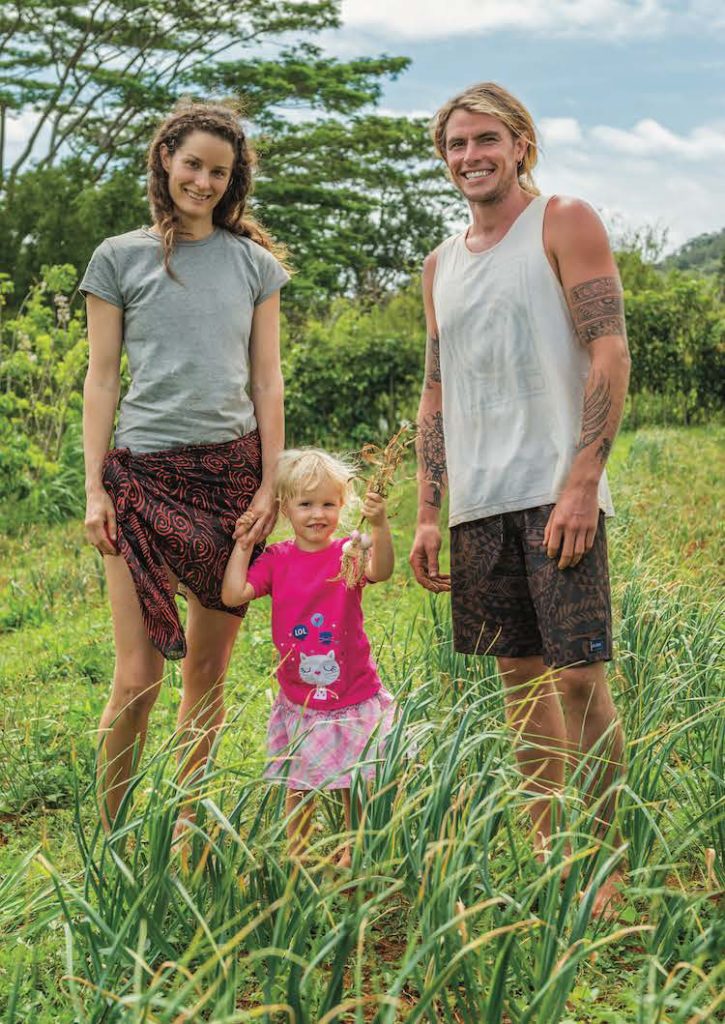 Farmer Cody taking a chance and growing a speciality crop

Cody Meyer bends over a cluster of slender green tips that rise in four long rows. A view of Nounou, a mountain on the East Side of Kaua‘i, surrounds his large garden. He pulls a bulb of Purple Stripe garlic from the ground. Clumps of red dirt cling to a tangle of roots and stain his fingertips. The small bulb contains three cloves, one of which Cody peels and pops into his mouth.

“The taste is crisp, spicy and smoky,” he says and smiles wide. “The greatest reward to growing garlic has been the flavor and texture.”

Ron Miller, executive chef and owner of Hukilau Lanai, agrees. He and his staff conducted a blind taste test between Cody’s garlic, and garlic that was imported from California.

“It was unanimous,” says Miller. “We chose Cody’s garlic because it’s smooth, well rounded and it has spice, but not too much heat, and is balanced by a creamy background. It’s the most enjoyable raw garlic I’ve ever tried.”

Growing garlic in the tropics isn’t easy, however. Last year, Meyer stored imported seeds in a refrigerator for six weeks. In January, he, along with his daughter Rosa and wife Jessica, planted 3,200 seeds, which weighed about 40 pounds. He harvested them five months later, and the yield was a negligible 40 pounds.

The crop is difficult to grow for several reasons. Garlic needs 14 to 16 hours of daylight to form a good bulb. Hawai‘i’s summer solstice—the longest day of the year—is 13.5 hours. Typically, the climate doesn’t drop to temperatures of 45 – 50°F, which triggers hard neck varieties to sprout. In addition, garlic thrives in dry conditions.

“We don’t have much of that (dry conditions) on the euphemistically named ‘Green Side’ of Waimea,” says Paul Johnston of Kekela Farms on Hawai’‘i Island, “so we moved on to other things.” 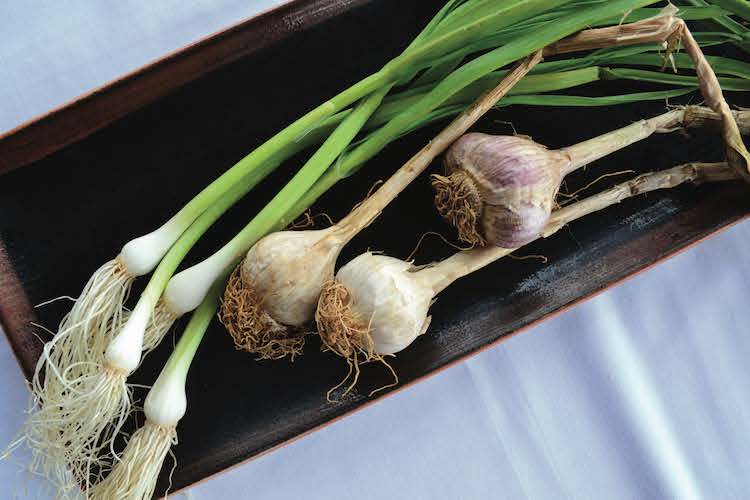 Johnston and his partner, Betsy Sanderson, have grown green garlic for 10 years. Young shoots are harvested shortly after seeds are planted, but before a bulb sets. Slender stalks curl, which looks similar to green onions, and are flavorful additions to soups, sauces and mashed potatoes. Chef de Cuisine Chris Damskey of ‘Ulu Restaurant at Four Seasons Hualalai states, “I love the mellow, less spicy flavor profile of the green garlic. By serving it raw, the flavor is subtle but still has the freshness and flavor or regular garlic.”

Gerry Ross of Kupa‘a Farm on Maui knows that rain can turn an entire crop into mush. His biggest challenge is having dry weather for 10 days so garlic can be field-cured before harvest. He grows Elephant garlic, which is actually a bulging leek, on the Western Slope of Mount Haleakalā. Since individual cloves are so big—three fill the palm of a man’s hand—they are cured and sold individually.

“We tried many varieties of garlic and Elephant is the only one that bulbed and produced cloves,” says Ross. “On the Mainland it tastes mild, but on Maui, it is much more pungent and closer in flavor to true garlic.”

“I appreciate farmers who are willing to take a risk and try things that are not supposed to grow in the tropics,” says Miller. “In return they need the support of chefs, even if it’s expensive. Cody’s garlic would get lost in 25 gallons of stock that will be reduced to make demi-glace, so we use it as a garnish, or feature. John Tanner, one of our chefs, smoked garlic for a sauce to accompany fish, and he also made a killer garlic confit for a crust on fish.”

Meanwhile, Meyer plants his determination. As he cultivates plots at Rising Sun Farm, he imagines ancient and sustainable garlic crops. 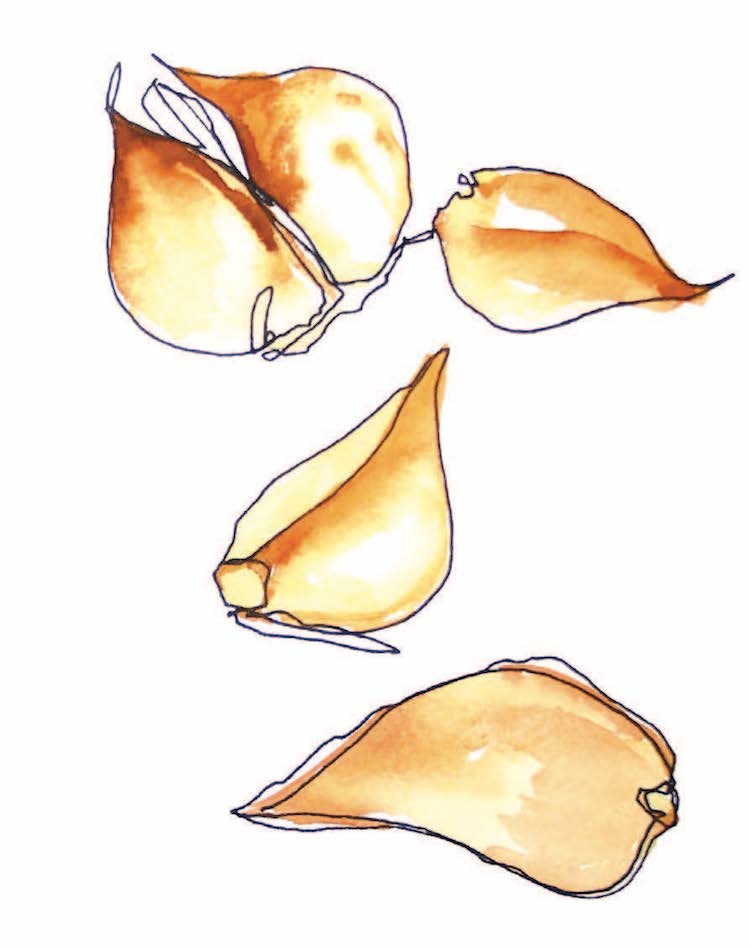