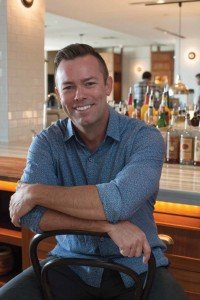 Keli‘i Heen has a lot to say about the drinking scene in Hawai‘i. Born and raised in Kailua, Keli‘i’s local perspective encompasses his experience as a graduate of Kamehameha Schools, pupil of Kapiolani Community College, where he majored in the Culinary Arts program, Trustee of the Hawaii Food Basket, and member of the Hawaii Restaurant Association. As Vice President of Youngs Market Company, an age-old outfit that proudly aspires to be the best and most respected wholesale alcohol distributor in the country, he already has 20-plus years of experience working the gamut in the world of food and beverage. From private chef gigs for the likes of Pearl Jam, (“they were vacationing in Kahala and I thought it was going to be all rock stars, but really it was a bunch of grandparents”), to selling wine for onetime mentor Mapuana Schneider of Fine Wine Imports Inc., (“I got scoldings if I didn’t taste what I was about to present! She set the trajectory and I was hooked”), he has come to believe that what sets Hawai‘i apart from the rest are these keys ingredients: community, relatability and humility.

“Cocktail culture can go astray really quickly,” he explains to me in between hugs, handshakes and nods to everyone in the restaurant where we meet, from the busser to the bartender to the patrons here for pau hana, “I don’t think every mixologist needs to dress in prohibition era clothing,” (shoulders shrugged, hands raised, calibrating my level of agreement), “Yeah, it’s really not necessary to make a good cocktail. If you’re good at it you’re good at it, and if you’re getting into the business of making cocktails, the first thing you’re going to want to learn is how to make a good cocktail. On a daily basis I see this failed. It’s shocking how little people know about what they do for a living and how little they are willing to give to their chosen career. When you can make a good Negroni or Sazerac or you can pour a good pint, you’re going to bring up the level of barmanship.” 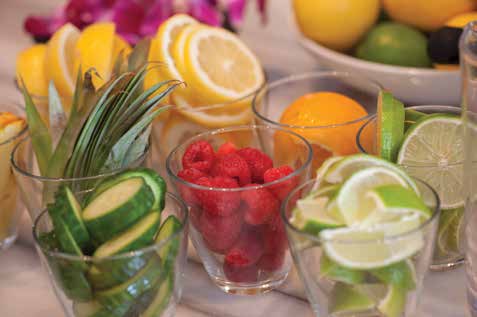 Keli‘i’s culinary community is his business; and his business is comprised of friends. “The group here in Hawai‘i is special; we’re big enough so that there is enough press, but small enough where we don’t do it for business, we do it for community. I do business with all of my friends, and my friends are my business. We sit around and talk about restaurants, where the food movement is going, how we can help out and what events we should be involved in. I respect what they do and am proud to be a part of their industry. I don’t see this flavor elsewhere; there is a low level of competitive nature amongst the people of this island, and that’s one thing that sets us apart on the world stage.”

It’s no secret that the food & beverage industry is highly competitive. Elsewhere in the U.S. you might notice that without the star chef, cutting-edge cuisine or detailed analysis of your geographic and tourism demographics, your competitors will adopt your market. “If you take a look at the resurgence of the cocktail culture in Los Angeles, New York, San Francisco, Chicago and New Orleans, you’re working in an incredibly competitive environment where everyone is trying to outdo one another in approach, but they’re forgetting who their customer is,” says Heen, “There’s this very, ‘trust me, I’m the mixologist’ feeling when you step into a place like PDT (East Village, New York City) and have to say a secret password in a phone booth to get in. It’s pretentious. We can hold our own without all of that. Look at Justin Park who just won best mixologist in the country. He works at a bar in Chinatown. We’ve arrived.”

Keli‘i lends much of this acceptant approach to the common goal of sharing the real Hawai‘i with customers; to taking the Hawai‘i Regional Cuisine movement crafted by the generation before to a place where simply eating from local farms is eating Hawaiian. It’s his contention that our travelers and customers are not only more worldly than we give them credit for (step away from the mai tai), but theyalso care more now about what they’re putting into their bodies in an ever-growing “food politics” based culture, focused here on GMO’s, the state of food imports and the formidable support of eating local. “People are paying more attention to the farms where their food is coming from, the ingredients, the labels, etc. And if you can relate on that level with your customer, you’re building community while building your business. A good cocktail menu gets bodies in the door, gets them to stay longer, gets them to spend more money and improves the overall customer experience. Add in key players like Alicia Yamachika ( Livestock Tavern in Honolulu), Jason Vendrell (Monkeypod, Maui) and Dave Horsman (Merriman’s, Maui), Dave Power (the Feral Pig, Kaua’i), Kahili Ezzo (Umekes, Hawaii Island) and Summer Brooks (Hapuna Prince, Hawaii Island) with cocktail lists that offer a story and an identity to their establishment while they act as frontrunners— interacting with guests and making them feel good — and you’ve got a win-win situation for your customer, your community and your business.” 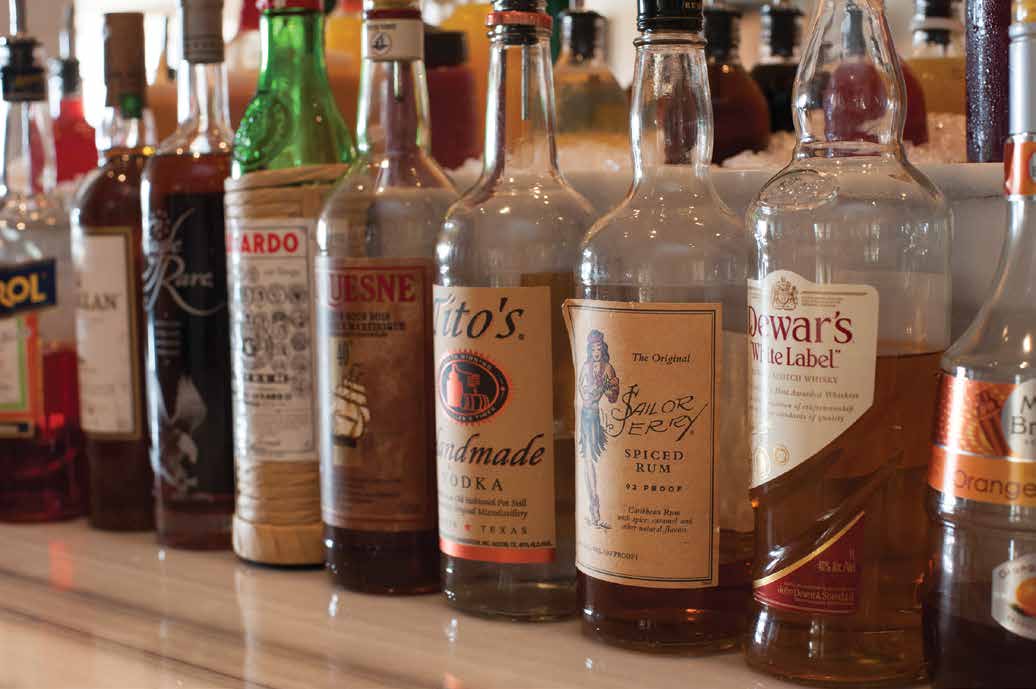 According to the Distilled Spirits Council of the United States, figures reflect a shift to spirits — good news for Hawai‘i barmen. The market for superpremium spirits has grown 92 percent over the past five years, sales of superpremiumvodka were up 16 percent and sales of whiskey are up 30 percent. “We see this shift loud and clear,” says Keli‘i, “you used to watch a man sit at the bar and order a Jack & Coke and a woman reach for the cocktail menu to order a rum or vodka drink. Now the trend is moving towards more complex whiskey-based cocktails from the menus for everyone sitting at the bar; small batch (interesting stuff) and craft spirits with a story and a name. The whiskey market is through the roof right now. They can’t make whiskey fast enough – they wish they could!” As for what he prefers in the cocktail capacity, “I drink palomas, and everyone that comes over to my house drinks palomas.” Spanish for “dove,” the tequila-based cocktail is most commonly mixed with a grapefruit-flavored soda such as Fresca, Squirt, or Jarritos and served on the rocks with a lime wedge. When asked whether or not tequila is in vogue, Keli‘i responds excitedly, “Oh absolutely. We’re even seeing tourist friendly establishments demand more tequila and more whiskey – indicating a trend away from rum and vodka.”

Hilariously, he complements this with a list of things that “should stop being trends,”:

And so it would seem that, despite the geographic isolation of Hawai‘i in relation to the cocktail cultural renaissance that is taking the scene by storm, that we’re not only on pulse with the trend but infusing it with our own essence of Aloha. “We’re doing what every other major metro cocktail city is doing; we’re not one step behind. What we are contributing is a base of ingredients that are unique to our environment and an a perspective that’s not necessarily about the me, but the collective,” Keli‘i illustrates, “I think our guys in Hawai‘i tend to be very humble and heartfelt and I think that’s just a part of our culture. By no means does that discountwhat others are doing, our version is just more palatable and less pompous,” he says with a wink and a smile.

And as we part ways from the restaurant where his buddy (the head chef) has just sent out more pu–pu– and cocktails than I can conceivably manage (but will dream of for days after), I leave feeling like I’ve just been invited to the party. Keli‘i stays behind as his lovely wife and sweet mother arrive, the waiter gives each a kiss or high five, the busser offers a nod and at least three other people are getting up from their seats to come say aloha. It’s a good moment, and I still have the cocktail buzz to prove it.