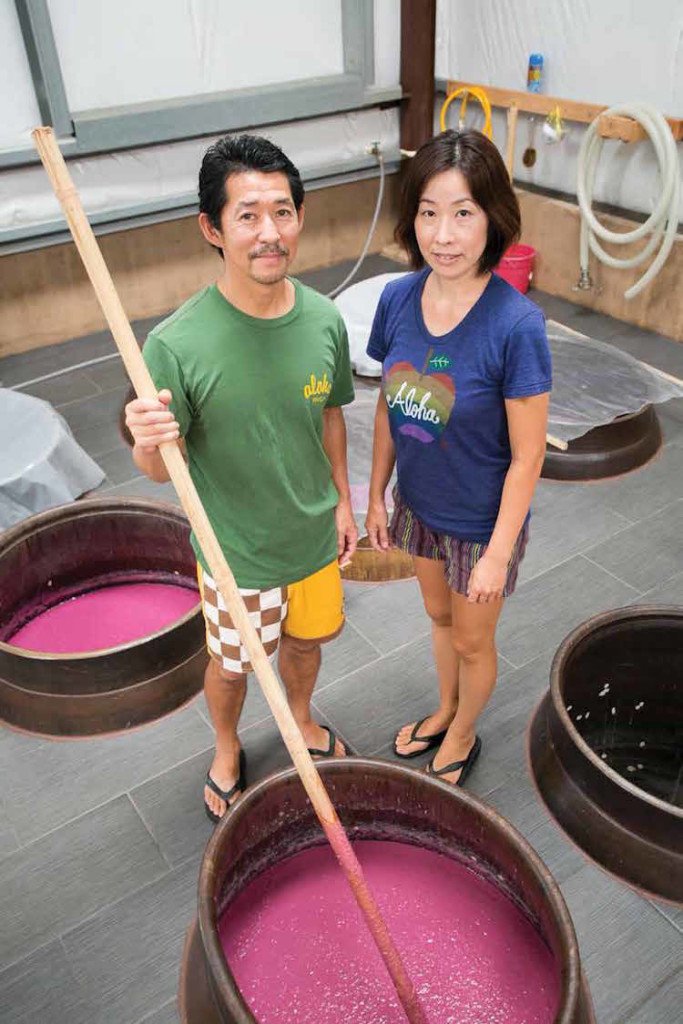 Japanese vacationer Ken Hirata was eating the iconic Hawaiian food, poi, when the thought occurred to him: Poi is fermented, and so is shochu, a popular Japanese distilled spirit. Maybe Hawaii would be a good place to produce the drink made from fermented starches.

It was a bit of a joke at the time, but after Hirata went home to his office job in Japan the idea kept brewing in his mind. Hawaii has a great climate for year-round growing, a variety of sweet potatoes and excellent water (an important ingredient in shochu and other beverages). Besides that, Hirata knew from his visits that the Islands would be a great place to live.

More than a decade later, Hirata and his wife, Yumiko, run the Hawaiian Shochu Company in Haleiwa, using sweet potatoes grown in their own backyard or bought from farms around Hawaii to make traditionally crafted small batches of shochu.

Shochu originated in Kyushu, Japan. While sake, a brewed rice wine, is better known outside Japan, shochu has enjoyed a surge of popularity in recent years in Japan and abroad. It may be drunk straight, on the rocks, diluted with hot water, mixed with oolong tea, fruit juice, a low-alcohol beer, or as chuhai, a mixed drink sometimes sold in cans from vending machines. Though it used to be considered a working man’s drink, shochu’s light taste, relatively low alcohol content (about 30 percent, somewhere between wine and whiskey) and calorie count have made it popular with women. 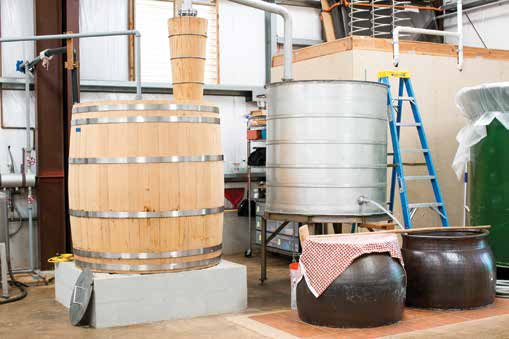 Shochu has been made in Japan since at least the 16th century, possibly originating from the Middle Eastern distilled alcohol known as araki. Over time, different areas of Japan created their own specialized versions using local raw materials–starches such as rice, barley, buckwheat, sugar cane and fruit. All are fermented with what Hirata says is the “national fungi of Japan,” koji. The same microorganism is used to make other fermented foods, such as miso and shoyu .

Hirata learned how to work with starches and koji to make shochu from a master of the technique, but just becoming this master’s apprentice was his first challenge. “Traditional techniques are usually passed on to family members,” he says.

When he approached the distiller who made his favorite brand of shochu, the distiller turned him down. He kept trying, and eventually he was accepted. Hirata quit his job and began a three-year apprenticeship at Manzen Shuzo Co. in Kagoshima, Japan. He must have been a good student, because Master Toshihiro Manzen ended up giving Hirata 100-year-old ceramic vats the master had inherited from his own father and grandfather, along with a wooden still.

In 2013, in a little distillery near the north-shore surfing town of Haleiwa, Hirata began using these traditional containers to produce shochu using rice and local sweet potatoes. He has been trying potatoes from different places around the islands, finding that each location’s crop produces its own unique flavor. A batch distilled from Hamakua sweet potatoes might be a “Big Island blend,” while another is a “Molokai blend.” Besides buying from various islands, Hirata works closely with farmers who cultivate the crop on just over half of the 11 acres of agricultural land his company leases from Kamehameha Schools. The little distillery is surrounded by green fields filled with potential raw ingredients. 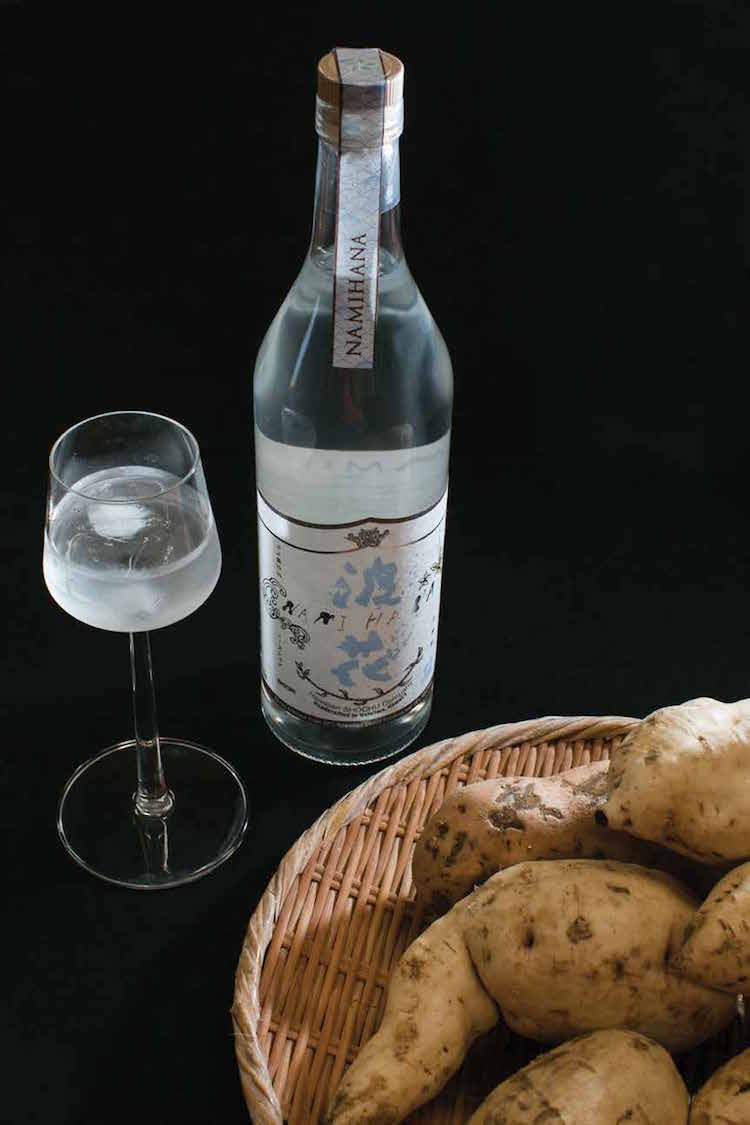 Inside, the vats received from Master Manzen are half-buried in the ground, making it easy to work with their contents and keeping the temperature cool and stable for fermentation. Hirata and his wife are the only employees. They do everything from steaming the rice to filling and labeling the bottles once their distilled shochu has aged.

Shochu production begins with steaming high-quality rice from California. Hirata adds koji (imported fresh from Japan for each batch) to create a cultured rice that ferments for a few days in flat wooden trays. Then steamed sweet potatoes are mashed and mixed with the rice (the purple of Okinawan potatoes making for a lovely magenta-colored mash). That mixture is placed into the ceramic vats, where it ferments for a couple of weeks. Finally, the mash is heated, distilled, and left to mature for up to six months in a holding tank. Along the way, Hirata keeps track of the progress of his product using skills he learned from his master, judging the process by feel, smell and taste.

The result, decanted into delicately decorated glass bottles, is called Namihana, reflecting some of the charms of Hawai‘i with the Japanese words for wave (nami) and flowers (hana). Namihana has proved popular with both locals and tourists. Hirata sells about 70 percent of each batch at $39 a bottle to individuals who drive out to Haleiwa. Of those, almost half are tourists from Japan, while the rest are island residents. The remainder of the Namihana goes to a distributor and shows up in a variety of restaurants. The fifth batch was ready in mid-September, and, like earlier batches, was expected to sell out.

The Hiratas are able to produce about 6,000 bottles a year in two batches. The size of the holding tank where freshly distilled shochu ages is one limiting factor. Another is the amount of work involved, already a lot for a two-person crew. Hirata would like to increase production to perhaps 10,000 bottles a year, but the company will need another holding tank and a helper. In the meantime, shochu fans wait for each batch, and Master Manzen comes for a visit every year. Like many Japanese, he loves the islands, and now his visits offer the added incentive of watching a former apprentice successfully carry ancient tradition into a new time and place. 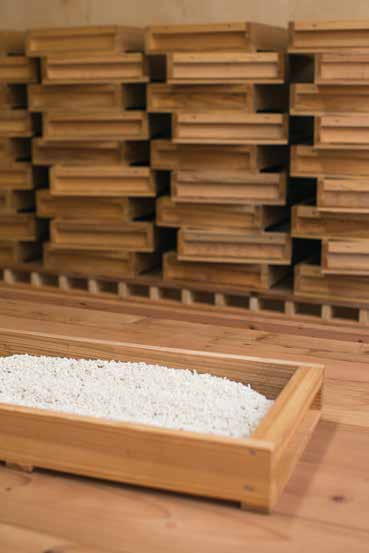