Brett Jacobson is a glass half-full kind of guy. But instead of water, his glass contains tea made from Kona coffee leaves, energy drinks made from noni and hard cider made from dragon fruit. As founder of Hawaiian Ola, a Hawai‘i Island beverage company, Brett and his teammates have created a market for healthy drink products while simultaneously providing economic growth for island farmers.

In just six short years the company has grown to off er more than 16 diff erent drink products, while enjoying 100 percent year-overyear growth. It is currently in the process of launching the state’s fi rst hard cider company with its own processing facility in Kailua- Kona.

But Hawaiian Ola is more than just a beverage company.

“Hawaiian Ola started as a non-profi t,” says Naehalani Breeland, CEO of the company. “The idea was to empower local farmers, to grow organically in Hawai‘i.”

It all started a decade ago when Brett visited his childhood friend Derek Pittman, whose family had moved to the Captain Cook area and were living on an off -grid farm. The two had known each other since they were teens when Brett worked in Derek’s family store in California.

Coming from an area in northern California that’s heavily focused on agriculture, Brett, who has a background in general contracting, was looking at buying land of his own and getting involved in sustainable farming.

“I saw people who moved here and farmed the land and then didn’t share the wealth with the community,” says Brett. “I didn’t want to be a part of that.”

He knew he didn’t want to get into large-scale farming or seed farming, and he wanted to plant fruits that had minimum impact on the environment.

He bought some land in Miloli‘i that could best be described as marginal and started planting noni trees – a lot of noni trees.

“We started with noni because we had lots of people off ering us noni tree starts,” says Brett. “We used land that’s marginal, not land that’s really expensive.”

After planting all that noni, Brett had to fi gure out what to do with it. About that time, another one of Brett’s northern California neighbors, Chris Whidden, moved to Hawai‘i Island and bought a farm down the street from Brett.

After spending about a year in research and development, Brett and his fellow farming neighbors decided to create organic noni energy drinks. Launched at the end of 2012 when energy shots were growing in popularity, the drinks did well and things took off from there.

“The driver for this product was, if we source all the ingredients in Hawai‘i and create a demand for these products, then that’s going to carry through to the farming community and create something that’s beneficial for the community long-term,” says Chris, who now works as Hawaiian Ola’s brand manager.

“A lot of what we try to do is create a demand for something where the farmer can make a sustainable income while competing with the imported price,” Brett adds.

The ingredients used in their drinks are sourced from farmers practicing responsible farming practices. For instance, their ginger comes from Kaua‘i; the Hawaiian sea salt used in the sparkling noni drinks comes from Moloka‘i, while their Pineapple Punch includes honey from Hōnaunau’s Big Island Bees.

Along the way, Hawaiian Ola shifted from a non-profit to a B-Corporation, a move that enables them to bridge the gap between non-profit and corporation. One of only a handful of B-Corporations in the state, the company has made extensive commitments to running a business with a triple bottom line that looks at the social and environmental impacts of their business, as well as economic factors. 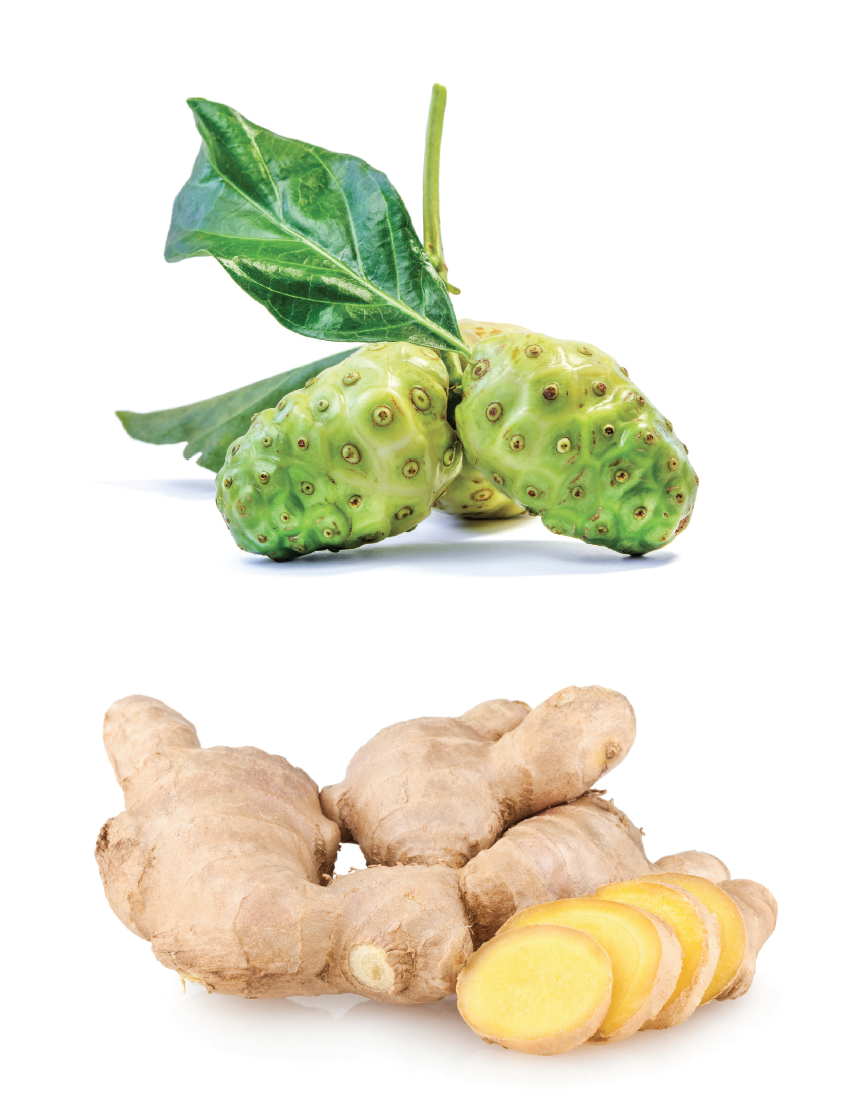 This past summer, Hawaiian Ola launched a line of organic drinks made from Kona coff ee leaves. Normally, coff ee leaves are pruned from mature coff ee trees and discarded. But what farmers saw as green waste, Brett and his team saw as an opportunity.

“One of the reasons Kona Tea came into being is that we saw a problem with local ag crops,” Brett says, referring to the coff ee berry borer (CBB). “If something is eating away and destroying ag, how can we utilize our skill set to off set the ag land that’s being abandoned? I saw a lot of people giving up on their coff ee [farms.]

“The overall purpose of our organization is to lower the amount of poison that is spread throughout the ʻāina that eventually winds up in the ocean,” Brett adds. “There are certain crops that are not going away, like coff ee. We looked at it and asked, ‘How can we get people to stop spraying Roundup, while helping farmers impacted by CBB?’”

They came up with the idea of creating tea from coff ee leaves. The leaves are naturally caff einated and rich in anti-oxidants, but are not impacted by the pest destroying the coff ee cherry. Leading by example, they didn’t just buy the coff ee leaves, the Hawaiian Ola team leased a coff ee farm in Kona as a demonstration site to show other farmers how to strip the coff ee leaves from the stalks and dry them to make a tea. It was a true group eff ort with everyone from the marketing director to website designer harvesting the leaves. Their Kona Tea brand now off ers two diff erent fl avors of tea in both bottled and loose-leaf form.

“Farmers can harvest their trees every six months and just harvest leaves, regardless of the coff ee cherry,” says Brett.

Tea made from coff ee leaves may sound unusual but like all the products that Hawaiian Ola produces, it’s based on economic factors as well as environmental ones. According to the Tea Association of the U.S.A. Inc., the tea market accounted for $11 billion in sales in 2014 with Americans drinking 80 billion servings of tea in 2015. In fact, tea can be found in nearly 80 percent of all homes in the U.S.

With a proven track record in the energy drink and tea markets, the Hawaiian Ola team looked around at emerging drink markets and ways they could help Hawai‘i’s organic farmers benefi t from those markets. At the same time, they’ve been dealing with the high costs of bottling their products on the mainland because they were unable to fi nd a bottling facility in the state that fi t their needs in terms of scale and organic certifi cation.

While processing facilities on the mainland makes distribution to retail markets there easier, (Hawaiian Ola drinks can be found in more than 422 retail chains across Hawai‘i and the mainland,) it’s also expensive, as well as out-of-line with the company’s environmental beliefs.

The result is the launch of Hawai‘i Cider Co., an organization separate from Hawaiian Ola, and the creation of their own 10,000-squarefoot manufacturing facility in Kailua-Kona. Hawai‘i Cider Co. and Hawaiian Ola are splitting the production costs 50-50 of the facility, which is expected to be operational by the end of the year.

Hawai‘i Cider Co. will be the fi rst of its kind in the state. They’ve partnered with local chef Allan Hess, who recently opened Mai Grille in Waikoloa, and brought in brew master Sebastian Bach who has more than 36 national and international beer brewing awards to his name. One of the fi rst fl avors of cider will be dragon fruit.

“Dragon fruit, lychee – these are really cool fl avors of ciders that you don’t normally see in stores,” says Brett. By creating demand for this product, farmers will be able to expand their farms knowing there’s a reliable market for their crops.

“By having our production facilities here, we can do small runs on demand,” adds Chris. “Since we won’t be paying for shipping, we can pay the farmers more for their produce.”

The bottling facility isn’t just the cider company and Hawaiian Ola products. Empowering local farmers is one of the core values of their organization, and Brett said they already have farmers waiting to use their co-packing facilities before the fi rst piece of equipment even arrives on island.

Hawai‘i Cider Co. is in the midst of a fundraising campaign. True to form, it’s not a typical Gofundme campaign. People who donate become investors in the company. Brett felt it was important for Hawai‘i residents to be able to purchase one of their products, whether it be in Safeway, Whole Foods, Foodland, or 7-11 and say, “I own a piece of this company.”

In the end it’s another triple win: people get to purchase healthy drinks, farmers are able to create reliable income streams from responsibly farmed crops, and by using organic products, there are less pesticides being used in the islands.

For more info on Hawaiian Ola products, go to: www.Hawaiianola.com

If you’re a farmer interested in turning your crops into cider or would like to learn more about investing in Hawai‘i Cider Co. go to: www.hawaiiciderco.com/invest/ 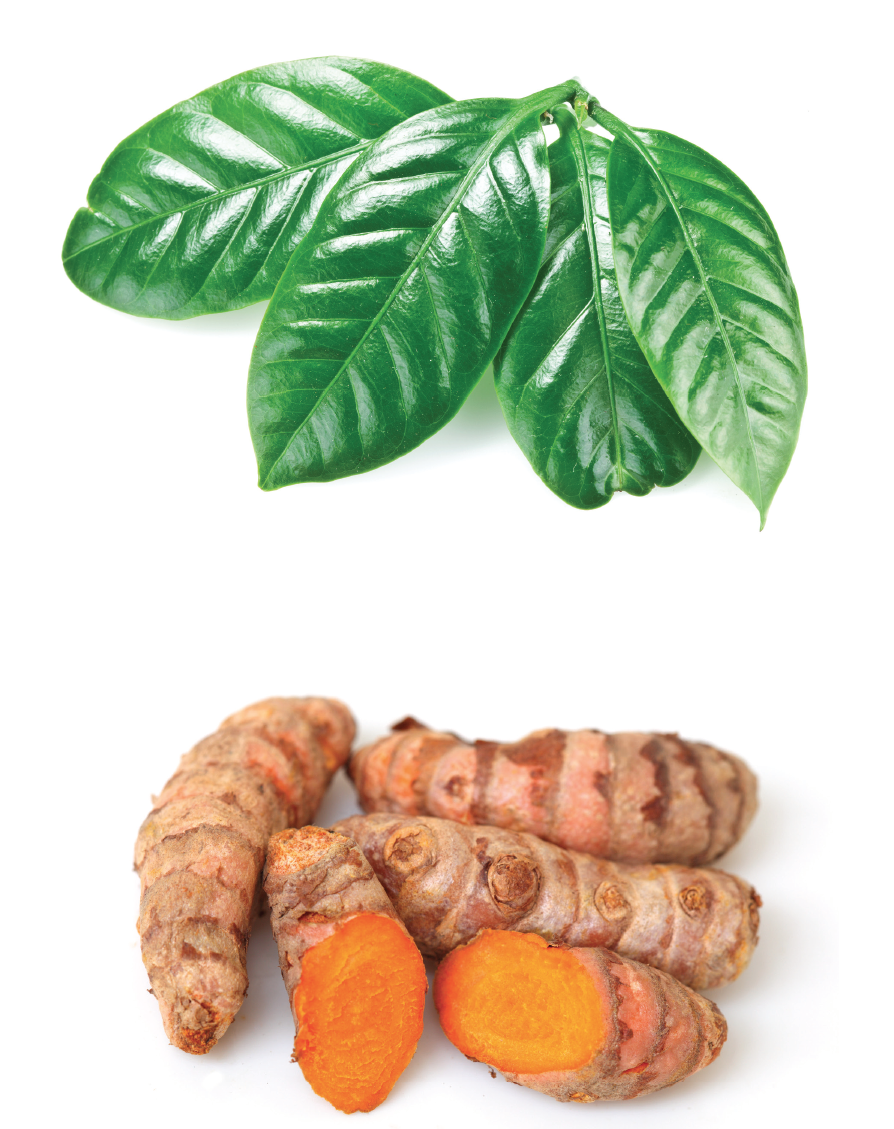