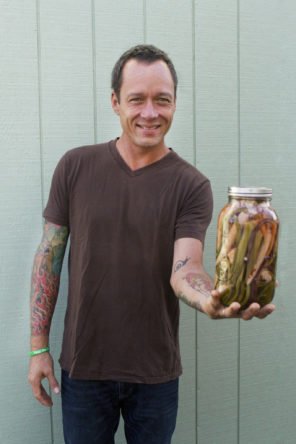 Ed Kenney’s culinary philosophy is written all over his body — literally. On his left bicep is a small, black snail — the logo for the Slow Food movement. And on his forearm is an old sailor-style tattoo of a taro plant with a banner across it that reads, “Aloha ʻĀina.” Both represent the kind of food Kenney, chef/owner of town and Kaimukī Superette, strives to prepare and serve in his kitchens. “‘Aloha ʻĀina’ is love of the land,” says Kenney, 46. “Or, another way to look at it, the love of that which provides us food.”

On his left bicep is a small, black snail, the logo on the back cover of the influential 2007 book, “Slow Food Nation,” by Carlo Petrini. (The actual movement started back in the ‘80s.)

Kenney got this tattoo six years ago by close friend Gemma Hazen, now his bookkeeper and director of special projects. They were in culinary school together at Kapi‘olani Community College and opened town together. (He was the chef/owner, she was the morning barista.)

In a nutshell, Slow Food is a global movement founded to counter the rise of fast food, promoting, instead, traditional and regional cuisines and a stronger commitment to the community and environment. This resonates with the way Kenney, who served as the Hawai‘i delegate to the movement’s international conference in 2006, cooks his food and runs his restaurants. (His mantra has long been, “Local first, organic whenever possible, with aloha always.”) “It’s really about reconnecting people to the food they eat and those they eat with,” Kenney says. “It’s about promoting good, clean and fair food. It’s the same thing we have in Hawaiian — ‘ai pono. That’s what it means to me.” 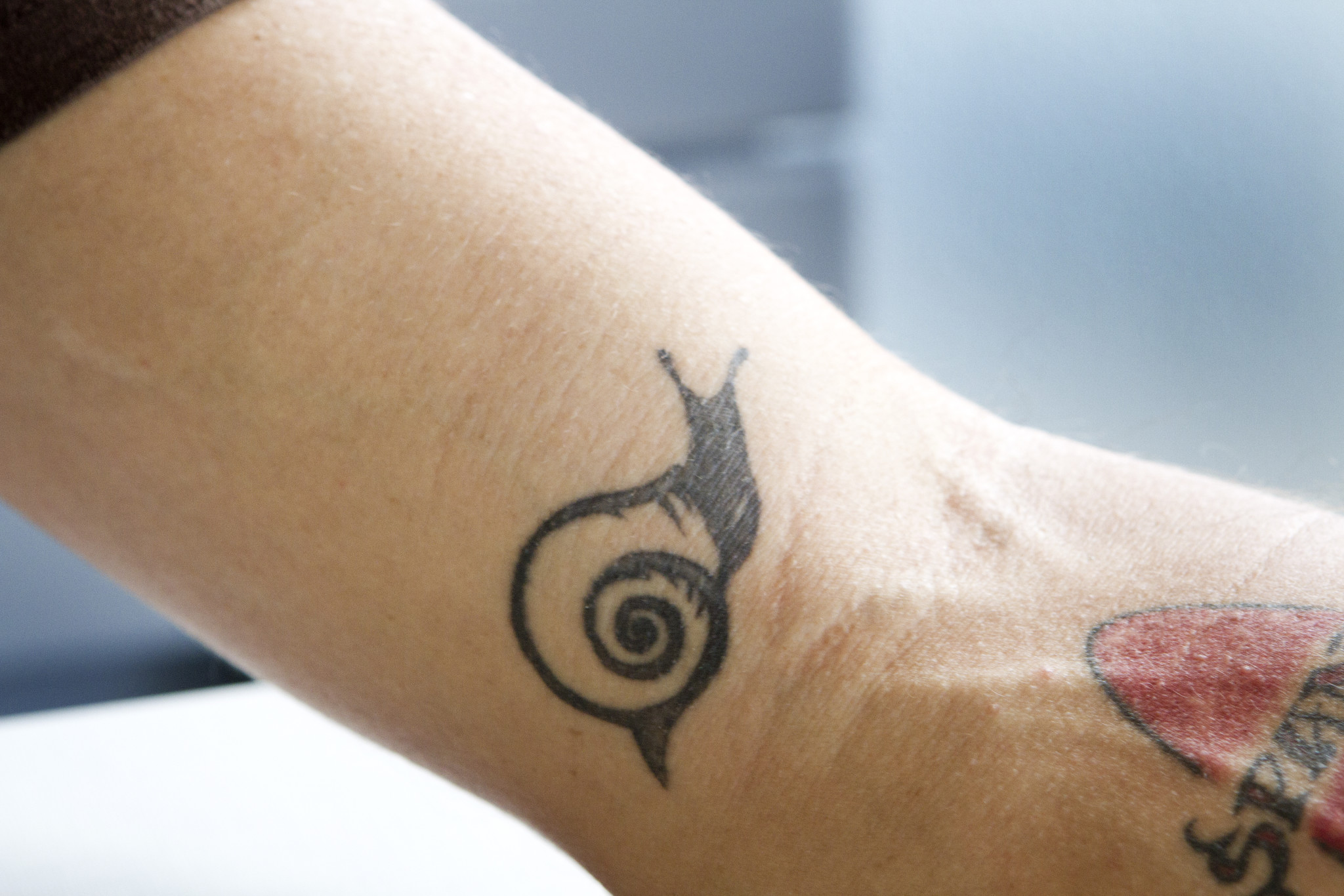