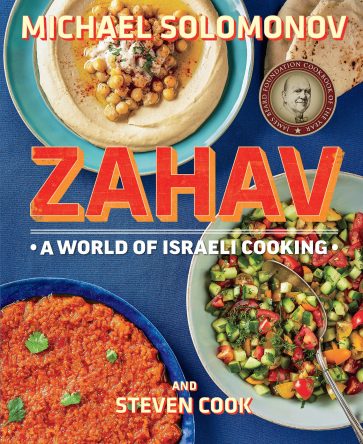 At the edible Hawaiian Islands test kitchen we can get kind of obsessed. We eat birthday cake for breakfast, slather poi on fresh pineapple as a pupu, and test the same recipe over and over — and then a few more times — to make sure it’s just right before we go to print. We enjoy the process of refining a recipe, but we also really love a recipe that’s easy and delicious. There’s a special place in our hearts for those recipes that are so perfectly simple we have to pause, shelving all thoughts of alterations, as we get lost in the act of eating.

Other days we get lost in books, spending most of the day reading. We make extra coffee, pull up a few pillows, and grab a stack of newly published cookbooks. We try to keep things local but find inspiration in all cookbooks. Here in Hawaii there are few new releases, so we find ourselves reaching beyond our shores, seeking out cookbooks of distinction, such as Michael Solomonov’s cookbook, Zahav.

I have traveled to Israel many times and have fallen in love with the country, the culture, the people and the food. The last time I traveled to Israel, I focused on trying street food and found the flavors and street food-culture to be awash in simplicity. I especially enjoyed the conversations I had with others, sharing a meal while standing at the curb. A physician in between surgeries remarked that his grandmother would have added much more cumin to the hummus, and a mother with a new born son spoke of her excitement to have him grow up so they could cook together and share oral family recipes. Food like this has the power to connect strangers and remind us we are all family.

Later, on a chance trip to Philadelphia, I had an opportunity to eat at Zahav Restaurant. When the first course arrived at our table, I was immediately swept up in a wave of nostalgia, recognizing the same flavor profiles I had tasted on the streets of Israel, but in dishes that were refined, exquisitely prepared and beautifully presented.

I was given Zahav cookbook by a trusted foodie friend — it was a perfect gift. This book has since inspired so many dinners that I decided to reach out to the chef and ask him to share a few recipes. He was generous in his reply, so now you can all enjoy too. 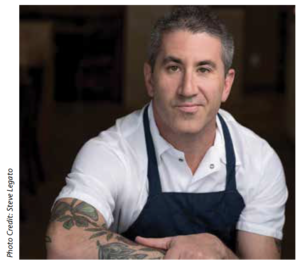 pioneering Israeli restaurant, Zahav. He is the 2011 James Beard Award winner for “Best Chef, Mid-Atlantic”, a 2016 James Beard Award winner for “Best International Cookbook” and “Book of the Year” for his and business partner/co-author Steven Cook’s first cookbook, Zahav: A World of Israeli Cooking, and the 2017 James Beard Award’s “Outstanding Chef.” In addition to his duties at Zahav, Chef Solomonov co-owns Philadelphia’s Federal Donuts, Dizengoff, Abe Fisher, Goldie, NYC’s Dizengoff, and the philanthropic Rooster Soup Company, which donates 100% of its profits to Broad Street Ministry Hospitality Collaborative that provides meals and essential services to individuals experiencing homelessness and hunger in Philadelphia. Also in 2017, Solomonov and the Israel Ministry of Tourism (IMOT) created a partnership to champion Israel’s extraordinarily diverse and vibrant culinary landscape.