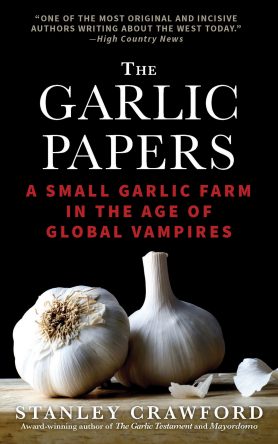 Readers who care about preserving local businesses will appreciate this new book by writer and garlic farm owner Stanley Crawford. In the fall of 2014, Crawford questioned US tariff exemptions for the country’s largest importer of Chinese garlic. This set off a massive legal battle, pitting his small New Mexico farm against the importer and its international law firms. In this compelling account of his David-and-Goliath battle, now in its fifth year, Crawford describes his personal and farming life under a cloud of lawsuits and administrative skirmishes. The unusual case was of such interest that it became the subject of a Netflix documentary, “Garlic Breath,” in the six-part series Rotten, released in 2018.

STANLEY CRAWFORD is co-owner with his wife, RoseMary Crawford, of El Bosque Garlic Farm in Dixon, New Mexico, where they have lived since 1969. Crawford was born in 1937 and was educated at the University of Chicago and at the Sorbonne. He is the author of nine novels, including Village, Log of the S.S. The Mrs. Unguentine, Travel Notes, GASCOYNE, and Some Instructions, a classic satire on all the sanctimonious marriage manuals ever produced. He is also the author of two memoirs: A Garlic Testament: Seasons on a Small Farm in New Mexico, and Mayordomo: Chronicle of an Acequia in Northern New Mexico. He has written numerous articles in various publications such as the New York Times, the Los Angeles Times, Double Take, and Country Living. For more information, please visit stanleycrawford.net. 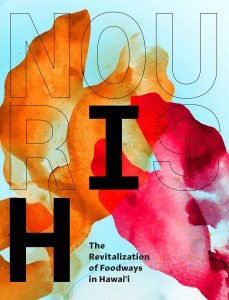 This book, NOURISH The Revitalization of Foodways in Hawaii comes out of community passion and the desire to re-root, and re-route, what truly nourishes us in Hawai’i. Tracing foodways allows us to see that so many struggles are interconnected: changing seas and storms, disease patterns, health disparities that follow ethnicity and income levels, the lack and soil in urban areas, the risk of making a living as a small farmer, reliance on barges and pesticides and our disconnections from the food on our plate, our farmers and food service workers, and from our land and water.

This book demonstrates, our struggles demand multiple voices debating challenging, and chorusing over our shared passion for sustainable food, and the courage to re-center nourishment. They require the courage to honor our different experiences, hopes, dreams, and ancestries, while at the same time recognize the roles we have to play together in creating and enacting a larger story about our shared home and futures

Tina Kamen’s book, Farm to Keiki: Cooking, Gardening and Nutrition with Children, is a wonderful resource for teachers in Hawai‘i. As someone who works with future early childhood educators, finding Hawai‘i specific materials for growing food, respecting the ‘āina, and taking a holistic approach to developing healthy lifestyles in the early years has been challenging. However, after using Tiana’s book, the students were incredibly excited to use it in their practices with young children, and could easily connect to the lessons, recipes, and guidance presented throughout. I look forward to using this text in the years to come, as it already is, and will continue to be, an invaluable resource for our island communities! 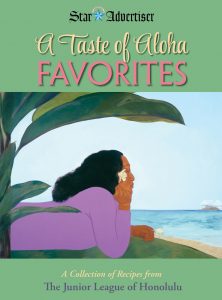 Everyone remembers the Junior League cookbooks with their sumptuous recipes covering the gamut of Island cooking. Almost every household in Hawai‘i had at least one cookbook. Now by popular demand, here are the best and favorite dishes sure to please every palate—from everyday recipes to special occasion dinners, from snacks to delicious desserts. Over 250 recipes to enjoy and cook for your family or guests. The wows will be forthcoming. There are traditional Island favorites—lumpia, spring rolls, chicken wings; salads including spinach, Caesar, and papaya; soups like miso, oxtail, and Portuguese bean; entrées range from kalbi, ribs, to lemon chicken and mahi mahi. Of course, there’s lū‘au food and an array of desserts featuring Island fruits.

The fully updated second edition of The Hawai‘i Coffee Book: A Gourmet’s Guide from Kona to Kaua‘i includes all new recipes, new information on industry practices and trends and in-depth information on Hawai‘i coffee laws. Coffee scientist, consultant and author Dr. Shawn Steiman’s book is the definitive work on the subject, including a region-by-region guide, information on growing, harvesting and processing coffee and recipes for cooking with coffee, complete with mouthwatering photography. This comprehensive coffee book also dispenses tips on coffee appreciation and provides a thorough education on coffee essentials. Common questions such as, “How should I store my coffee?” (Short answer: Don’t.) and, “How do I brew the perfect cup of coffee?” are answered in an easy-to-digest sidebar format. A resource for everyone, even coffee fanatics who might think they know it all about their favorite beverage, The Hawai‘i Coffee Book addresses all aspects of the coffee industry and culture, from ethical farming to roasting techniques and coffee tasting to events and festivals.

Samuel H. Yamashita’s Hawai‘i Regional Cuisine: The Food Movement That Changed the Way Hawai‘i Eats is the first in-depth study on the origins, philosophy, development, and legacy of Hawai‘i Regional Cuisine (HRC). The book is based on interviews with thirty-six chefs, farmers, retailers, culinary arts educators, and food writers, as well as on nearly everything written about the HRC chefs in the national and local media. Yamashita follows the history of this important regional movement from its origins in 1991 through the following decades, offering a boldly original analysis of its cuisine and impact on the islands.

The founding group of twelve chefs—Sam Choy, Roger Dikon, Mark Ellman, Amy Ferguson Ota, Beverly Gannon, Jean-Marie Josselin, George Mavrothalassitis, Peter Merriman, Philippe Padovani, Gary Strehl, Alan Wong, and Roy Yamaguchi—grandly announced in August 1991 the establishment of what they called Hawai‘i Regional Cuisine. At the time, they had no idea how dramatically they would change the food scene in the islands. While they each had their own style, their common commitment to using fresh, locally sourced ingredients of the highest quality at their restaurants quickly attracted the interest of journalists writing for national newspapers and magazines.

The final chapters close with a discussion of the leading chefs of the next generation and an assessment of HRC’s impact on farming, fishing, ranching, aquaculture, and culinary education in the islands. Hawai‘i Regional Cuisine will satisfy those who are passionate about food and intrigued by changes in local foodways. 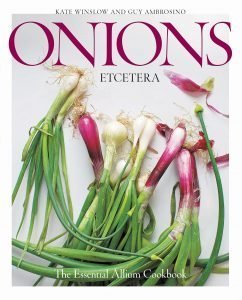 RECIPES AND PHOTOGRAPHS COURTESY OF KATE WINSLOW AND GUY AMBROSINO

Start the day with the definitive cookbook of authentic home-cooking breakfast dishes from around the world. Breakfast is the most important – and comforting – time of day for billions of people everywhere. Here, for the first time, a collection of hundreds of home-cooking recipes celebrates morning meals as they’re prepared in kitchens across the globe. Each recipe is accessible and straightforward, with notes offering cultural context and culinary insight. Whether it’s sweet or not, classic or regional, it’s here: Egyptian Ful Medames (stewed fava beans); Mexican Chilaquiles; Chinese Pineapple Buns; American Scones; Scottish Morning Rolls; and so much more. 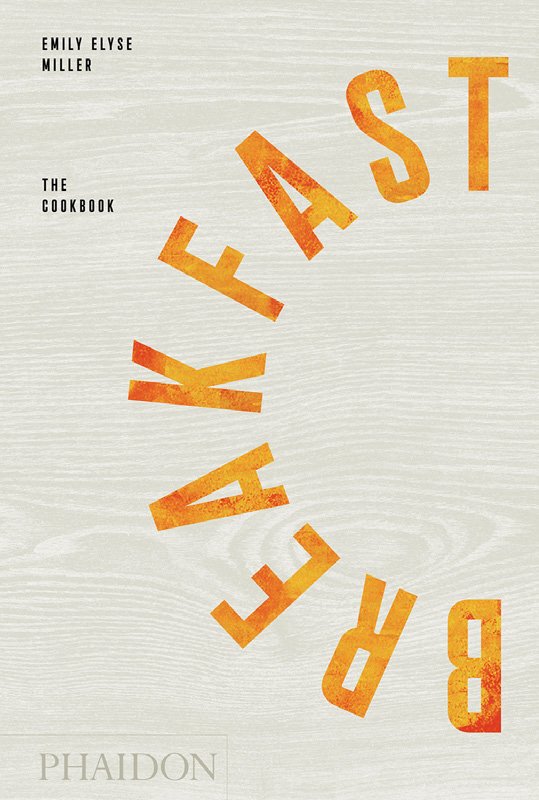 For many chefs, their gardens are a direct extension of their kitchens. Whether a small rooftop in the city for growing herbs and spices, or a larger plot with fruit trees and vegetables, these fertile spots provide the ingredients and inspiration for countless seasonal dishes. Here, for the first time, The Garden Chef presents fascinating stories and signature recipes from the kitchen gardens of 40 of the world’s best chefs, both established and emerging talents, with a wealth of beautiful images to provide visual inspiration. 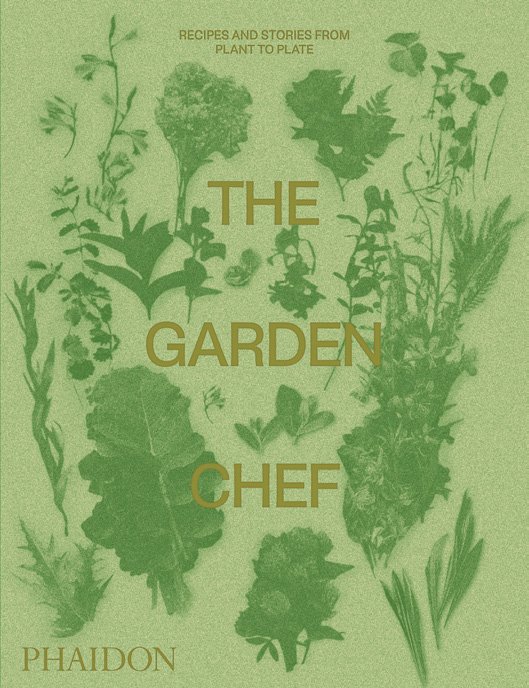 BY HEATHER THOMAS A delicious collection of accessible and tasty Greek recipes – perfectly matched to the current trend for meat-free eating. Fresh vegetables are an integral part of Greek cuisine, and The Greek Vegetarian Cookbook showcases an array of delicious meatless breakfasts, soups, salads, vegetables, grains, and desserts. Drawing inspiration from all
over Greece, the book simplifies this hugely popular cuisine with easily achievable, nourishing recipes so satisfying and tasty that they appeal to vegetarians and meat-eaters alike. Introductions to each recipe often provide additional information on ingredients and serving suggestions and many suggest variations to the dish itself. 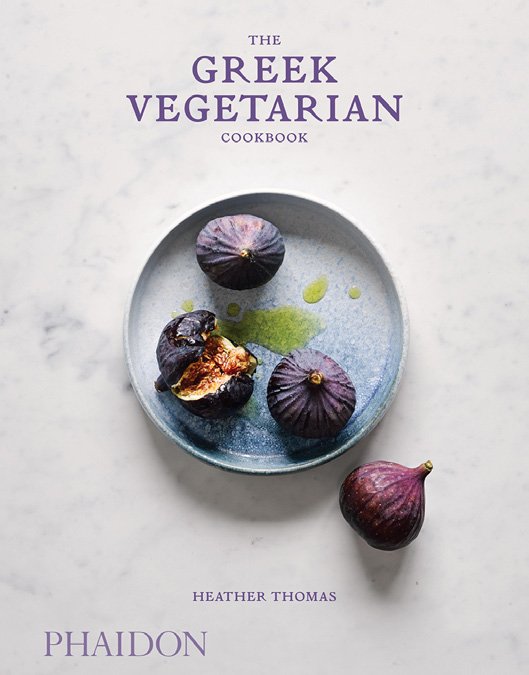