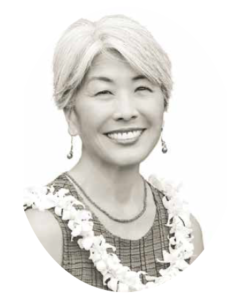 Japanese cuisine is famous for many things — sushi, sukiyaki, tempura — but breakfast isn’t one of them. That said, Japan’s first meal of the day is important, even in a country where people are so busy they sell a brand of chewing gum called “No Time” with a drawing of a toothbrush on the package.

And while busy office workers might make do with a hastily toasted thick, white slice of shokupan bread and a quick coffee on the run, a more traditional Japanese breakfast — the kind one might be served while visiting their grandmother in the countryside, or staying in a ryokan (Japanese inn) — is a delightful, even indulgent, epicurean affair.

The traditional Japanese breakfast revolves around a palm-sized bowl of steaming white rice accompanied by a rainbow’s worth of dishes offering protein (fish, tofu, egg), vegetables that could be stewed or blanched (spinach, pumpkin, cabbage) and a pickled component called tsukemono (pickled cucumber, daikon or other vegetables) or umeboshi (pickled plum).

At a minimum, a bowl of rice and miso soup with a few side dishes like natto (fermented soybeans), hijiki or konbu (sea vegetables) and condiments like nori (seaweed) or shoyu (soy sauce) make for a fine breakfast.

But how is the traditional Japanese breakfast interpreted in Hawai‘i with its large Nikkei (Japanese descent) population? On the island of Kaua‘i, one kama‘aina, JoAnn

Yukimura, recalls her own experiences growing up as a sansei — third generation Japanese- American. Yukimura’s father Jiro was born on Kaua‘i but lived five years in Japan during his childhood. Her mother, Jennie, was born on O‘ahu, and while her mom remembers eating dishes like ochazuke (leftover rice with green tea) or okayu (rice porridge), Yukimura herself grew up eating western style breakfasts— Kellogg’s corn flakes or oatmeal and papaya — in the 1950s.

“Everybody was trying to be really American,” Yukimura says. “It’s rooted in the history of the Japanese-Americans in Hawai‘i… There was that period when you didn’t claim anything Japanese,” Yukimura says. “There was this kind of racist hysteria that was going on… my parents really went through that.”

For that earlier generation, the World War II years were a dark period when people of Japanese ancestry had to suppress their roots and affinity for their own culture.

“During the war they kind of foreswore a lot of Japanese things… people were being imprisoned essentially,” Yukimura says, referring to the 110,000 Japanese-Americans who were imprisoned in internment camps scattered in remote, typically desolate stretches of the continental U.S..

Yukimura notes that many nikkei citizens in Hawai‘i were better off than those on the U.S. mainland who were forced to abandon their homes, their businesses — indeed, entire lives. Others, however, were imprisoned in Hawai‘i too. Yukimura’s father’s home on Kaua‘i was searched.

Years later, as a college student in California in 1969, Yukimura recalls feeling overwhelmed with the desire to study the Japanese language. At the same time, she began to gravitate toward the Japanese dishes she remembered her mother making for her when she was a child.

“There was this back to the land movement…macrobiotics, miso soup and Japanese cooking became of interest to me,” Yukimura says, recalling the letters she sent home asking her mother for this or that recipe. In time, Yukimura started making miso soup for breakfast based on her mother’s recipe.

Today Yukimura’s breakfast mainstay is miso soup and brown rice. She likes it because she can prepare several servings in one pot. “I’m always on the go (Yukimura, formerly the mayor of Kaua‘i [1988-1994], now serves on the Kaua‘i County Council) so I need to do something fast and easy — and healthy.”

She uses dashi konbu for soup stock, adding a few dried shrimp, wakame (seaweed), cubed tofu, carrots, daikon and, after the broth has boiled, she adds miso paste through a strainer and garnishes her soup with green onions.

To save time, Yukimura prepares her miso at night and then in the morning adds an egg which she poaches to go with her soup and brown rice which she calls the perfect soothing dish, especially when she’s feeling under the weather.

Yukimura says she’d like to make natto part of her breakfast routine, but admits it remains an acquired taste which she has gradually come to appreciate.

Speaking of the culinary customs she has adopted over the years, Yukimura says, “It’s grounded in the history of the Japanese-Americans in Hawaii.” Her own revival of a family recipe illustrates how a healthful, tasty Japanese breakfast can become a regular part of one’s morning. Key ingredients are readily available throughout Hawai‘i and in most American grocery stores or any market with an Asian foods section.

You can give your mornings a Japanese flare and keep it simple and relatively quick with the following:

Japanese can also be remarkably unorthodox when it comes to breakfast. You could microwave last night’s leftover gyoza dumplings, eat a tuna sandwich, grilled sausages, or even hot udon or soba if you have the time. Butter toast remains more common than waffles or pancakes but nothing can take the place of miso soup, a portion of fish, tofu and a bowl of steaming white rice.

A tasty, healthful and easy-to-prepare dish that goes well with a Japanese-style breakfast is called ohitashi. Chef Edwin Mizuno offers his own recipe: