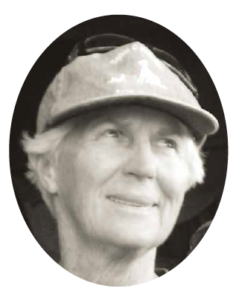 At home on Mahealani Ranch, Willie Haalilio makes hipakaula (sheep jerky) from wild game he hunts on the property. Seasoned with salt and pepper, the delicious, dried meat will likely end up on the family’s breakfast table at this historic, multi-generational ranch located in upcountry Kona.

A typical day at the ranch starts before the sun comes up. Breakfast usually includes a plethora of ingredients harvested, hunted, fished or butchered on the ranch that spans from the mountains to the sea. From oven-baked ulu or rice pudding cooked in the imu, to pipikaula (beef jerky), crispy fried opelu, homemade guava jelly or buttered mashed taro, breakfast at Mahealani Ranch traces its origins through generations of Hawaiian traditions.

The matriarch of Mahealani Ranch, Barbara Nobriga (Willie’s mother-in-law), recalls her childhood days in the 1940s when her grandparents ran the old Mahealani Hotel built in the late 1800s. The hotel is long gone, but Barbara and her husband, Edwin, still reside in the plantation house built in 1904 directly behind the hotel. It was Kona’s first hotel, says Barbara, whose family served breakfast to notable visitors including authors Jack London and Isabella Bird.

“For breakfast, my grandparents offered Cream of Wheat and Saloon Pilots, otherwise known as hard tack,” said Barbara. “You don’t see the Saloon Pilot brand anymore, but they were made by the Hilo Macaroni Factory. We slathered them in butter. Another breakfast staple in those days were figs. They made figs with cream. Stew and rice was standard for breakfast.”

Barbara and Edwin’s kitchen teems with fresh ingredients harvested from the property. On any given day, hands of bananas are placed atop newspapers on the floor by the kitchen door. Dozens of large, buttery avocados fill boxes waiting to be given to family and friends. Stored in the freezer, ohelo berries picked from the cindery foothills near Saddle Road will be used for holiday pies or jam.

A bounty of fruit from the yard makes its way to the kitchen table every morning for breakfast—everything from poha berries, purple lilikoi, papaya, pineapple, grapefruit, guava, and even plums and peaches when in season. A large mountain apple tree just outside the house produces sweet, juicy fruit perfect to snack on before a morning trail ride.

Fresh-squeezed orange juice overflows in the Nobriga household. Located below their horse stables, the orange trees produce excellent oranges for juicing every season. These heritage trees derive from the first orange trees brought to Hawai‘i Island by Captain George Vancouver in the late 1700s.

The history of the ranch began with the arrival of the first cattle to the Hawaiian Islands in 1793 during the reign of Kamehameha I. It was here that the king decreed a great cattle pen, Pa Nui, be constructed to keep the wily and wild cattle contained. Portions of the enormous wall can be seen today, encompassing hundreds of acres.

A paniolo breakfast in the early days of the ranch is not that far removed from what Barbara’s family might consume today. Salted meat was a staple then, as it is now. A working cattle ranch, Mahealani Ranch is dotted with cattle that roam the upcountry slopes. The wean-offs get shipped to various locales on the mainland. When the first calf was born on the property at the time of Kamehameha I, a cowhand delivered the calf to Kamehameha in Hilo, bringing dried fish and poi with him to eat on the journey, according to family lore.

“The king took one look at the calf and told the cowhand to take it back to its mother,” Barbara said.

Salted meat goes well with freshly laid eggs cooked scrambled or over easy for breakfast. The men of the family, including son, Edwin Jr, or grandson, Kala‘i, do the drying of the meat. “To dry fish or meat, you put it inside a screen and dry it in the sun for a day and a half,” said Edwin. “Fish can be dried on the rocks at the beach.”

Baked mahi mahi, homemade sausage, poi, steamed cooking bananas or grilled mountain oysters (laho) might make an appearance at the breakfast table any time of year, or better yet, in the back of a Chevy truck at a cattle roundup first thing in the morning. With knife in hand, Barbara herself castrates the bulls that have been corralled in the arena, depositing freshly cut testicles into a bucket in preparation for grilling.

“You clean them right there and throw them on the charcoal that you use for the branding irons,” she said. “You split them in half, put Hawaiian salt and they puff right up cooking on the charcoal. You can’t beat that flavor. Some folks eat rice balls with them. The refined people might take them home to fry for lunch.”

Barbara throws cold water on the notion that Loco Moco is a traditional Hawaiian breakfast. No such dish existed in their family tradition, she said. One Hawaiian tradition that lends itself to breakfast is the imu, an underground oven.

“We’ll make rice pudding in the imu,” said Barbara. “We cook the rice in the imu, then take it out and mix it with condensed milk, vanilla, raisins and cinnamon. You can put your fish in the imu and bake bananas as well. Lau lau is good for breakfast, served with purple sweet potatoes.”

For breakfast, Barbara sometimes bakes custard pies made of eggs and milk from the ranch. Fresh coconut cake is good any time of day. The family grates the coconut on a well-worn grater made of a block of wood with a serrated metal appendage attached to it. To make coconut milk for haupia, she squeezes grated coconut through cheesecloth.

Baked ulu is easy to fix, says Barbara. “Take the core out, put brown sugar and butter inside and bake until it’s soft. Cut it into quarters and eat.”

Poi is another staple that can end up on the breakfast table.

“We always had a bowl of poi on the counter,” said Barbara. “We got it from the Poi Factory in Keauhou Mauka at Old Poi Factory Road. We would make our own too. Pound it, add water, and pound it some more. Another good dish for breakfast is na poi paiai, which is mashed taro before the water has been added. Mash it up with butter, then take the leftovers with you for lunch with your dried fish. Don’t eat raw taro. You’ll never get the itch out of your throat.”