The big day is here! That magical marker that signals another journey around the sun, another year older and wiser. Twenty-four hours to enjoy the spotlight, hopefully culminating in some type of shindig. As much as we love the attention that goes along with being the guest of honor, we know there’s something else drawing our friends and family away from their comfortable couches and out the door to toast our existence: it’s the unsung hero of the birthday party, our delicious sidekick — the beloved birthday cake.

Whether it’s chocolate with fudge frosting, vanilla with buttercream, angel food or black forest, no birthday party is complete without a sweet, scrumptious cake. Add candles, a catchy song and a few scoops of ice cream and you’re guaranteed a good time. Though birthdays and cakes seem like such a natural pairing to us today, there are a few different theories on just how this tradition started.

The ancient Egyptians are credited with calling out a person’s arrival date into the world as cause for annual celebration, but rumor has it the Greeks added a dessert to the mix; they made cakes in the shape of a moon to honor the birth of Artemis, the Greek moon goddess, complete with lit candles inside to mimic the moon’s glow. Some say the world’s first mortal-dedicated birthday cake came out of a German oven sometime in the Middle Ages, and that a handful of German bakeries were responsible for spreading the ritual far and wide when they marketed cakes for birthdays, instead of just weddings as was the standard. In the 1700s, bread-like bundles were served at German Kinderfests, grand festivals held for young birthday boys and girls. The ancient Romans also are said to have had a habit of mixing up flour, nuts and honey to churn out celebratory circles for special birthday occasions.

Luckily for us, these early versions of the birthday cake eventually evolved into more sugary, decadent desserts, involving multiple layers, decorative writing, icing decorations and edible ornaments like fruit and candy. For a time, such fancy delights only graced the tables of the wealthy elite, but thanks to Europe’s Industrial Revolution, cakes eventually became a staple in homes of all social classes.

No matter how the birthday cake came to be, the custom has ignited similar offshoot traditions all over the world: In Russia, you might enjoy a birthday pie, or in Holland, birthday pancakes. During Australian birthdays, partygoers feast on buttered bread covered in sprinkles. And if you’re attending a fête in Great Britain, be sure to take small bites and chew slowly, since tiny treasures are often baked into the cakes.

And what about the practice of blowing out the candles atop a birthday cake? Stories abound of cultures in centuries past where candle blowing served as an avenue for making dreams come true. As the birthday boy’s breath extinguished the flame, the smoke carried his silent hopes and prayers skyward to the divine dream makers in the heavens. 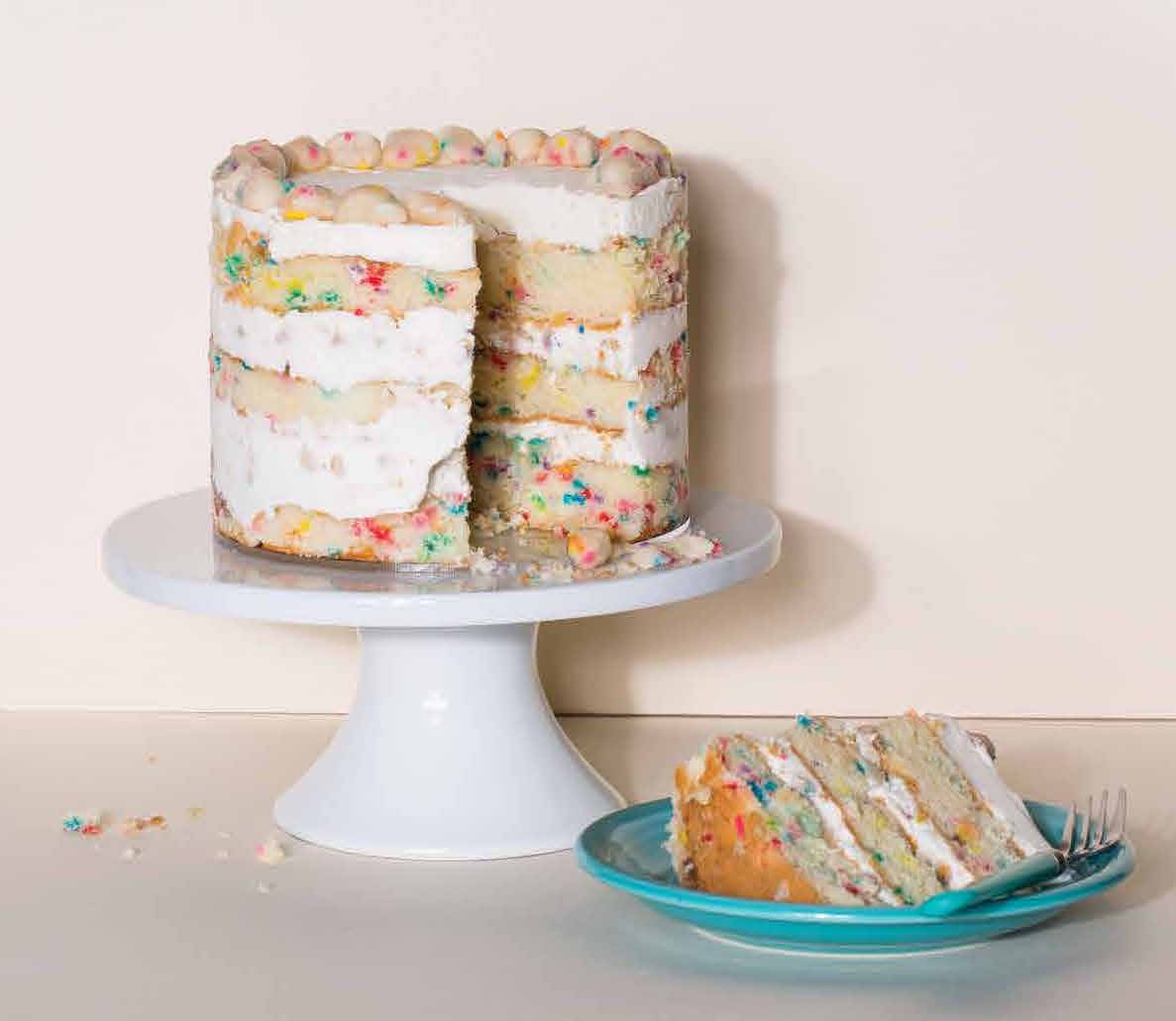