WRITTEN BY KEN LOVE
INTRODUCTION AND EDITED BY SARAH SCHULTZ

Nature’s butter. Brunch’s best friend. Toast’s trendy topping. Guacamole’s be-all, end-all. The good kind of fat. Whichever way you slice (or smash or spread) it, this melt-in-your-mouth fruit is good for you, and good on virtually everything. This is an ode to the avocado. 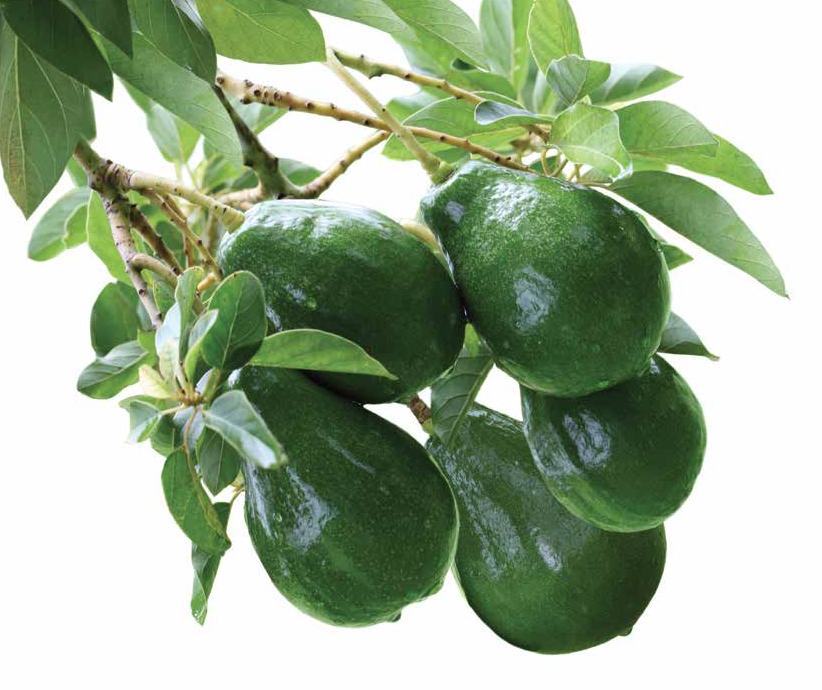 Early explorers, whalers, sandalwood traders, and assorted adventurers stopped in Central and South America to pick up supplies, which included copious amounts of the alligator pear—a scaly, oval fruit we now know as the avocado. When they arrived along the coasts of Hawai‘i, they threw out their garbage—and it grew. (You know what they say about another man’s trash.)

Conventional belief is that avocados were first brought to the Hawaiian territory in the very early 1800s by Don Francisco de Paula Marin, Kamehameha the Great’s interpreter and confidant. Marin, known for cultivating new crops, also grew Isabella grapes—then sold the resulting wine to sea captains, off what is now Vineyard Avenue in Honolulu.

The 1902, Bulletin 51 of the Hawai‘i Experiment Station referred to Marin’s introduction of the avocado, and reported on additional sightings of large trees in 1825. Additionally, there are reports from 1853 and 1895 of trees from both Central America and the West Indies, which is quite the long legacy for the state that produces, arguably, the worlds’ finest avocados. Over the years, it has grown into hundreds, maybe even thousands, of varieties. (Only about 200 are grown in Hawaii today, though.)

Now sometimes lovingly known as the avo, avocados are divided into three categories: West Indian, Guatemalan, and Mexican. Thanks to cross-pollination, however, there are hundreds of hybrids with varying characteristics, and in the islands, trees produce some of the biggest, best avocados in the world. Here’s why: The microclimates and supreme soils result in larger fruits with larger amounts of healthy oils, like polyunsaturated fatty acids, minerals, and nutrients.

Hawaii’s main avocado export is the Sharwil (a cross between Mexican and Guatemalan types)—but only recently. Just within the past five years, the United States Department of Agriculture lifted an embargo from 1992, which banned this island cultivar from reaching the mainland. Prized for its buttery flavor and small pit, this breed of avocado grows especially well in the Kona district of Big Island. But different regions bear different fruit—so there’s plenty to choose from.

Have an appetite for local avocados? Hit the neighborhood groceries, farmers markets and health food stores any time of year, and you’re bound to score different varieties every season. (Sharwils are considered a winter fruit.)

There’s definitely debate on which variety is the crème de la crème. Several years ago Hawaii Tropical Fruit Growers (HTFG) and The University of Hawai‘i gave samples and polled more than 500 consumers on Oahu and in Kona —along with just shy of 100 chefs—to discover some local favorites other than the Sharwil. Interestingly enough, there was a widespread difference of opinion among the chefs: Alan Wong took a liking to the Kahalu`u, Roy Yamaguchi voted for the local Hass, Jim Babian went with the Serpa, and Glen Chu has always loved the unknown variety from his grandmother’s tree.

Other chef favorites include the Linda and Malama varieties. Older varieties that haven’t gone out of style include the Yamagata, Nishikawa, Ohata, Murashige (a great summer producing fruit), and the Fuerte—which was the most popular in the world prior to the Hass. More recent varieties have also gained popularity, including Beshore, Green Gold, and MIT 13. Newer, well-liked seedlings include the Schattauer 1 and 2—named for George Schattauer, who managed the South Kona ranches owned by actors Jimmy Stewart and Julie Andrews, and the Mr. T named after Yoshitaka Takashiba, a staple in the South Kona agriculture community. Hulumanu, chosen over many others by Ilan Hall, the winner in Season 2 of Top Chef, is currently enjoying a resurgence of popularity.

Avocados can range in size from the Jan Boyce, which is a little larger than an egg, to the humongous Daily 11 to the 14-inch long Fukumitsu. Many avocados in the state were named after the families of farmers who found these high-quality, high-oil seedlings. While farmers brought some avocados to Hawai‘i from around the globe, most came via university researchers and their various projects over the last 150 years. Many of the varieties and cultivars listed in university publications since the 1920s are no longer found—or are impossible to positively identify. These are listed on the HTFG Avocado poster http://www.hawaiifruit. net/Avocado.pdf along with pictures of many of what is found around the state. 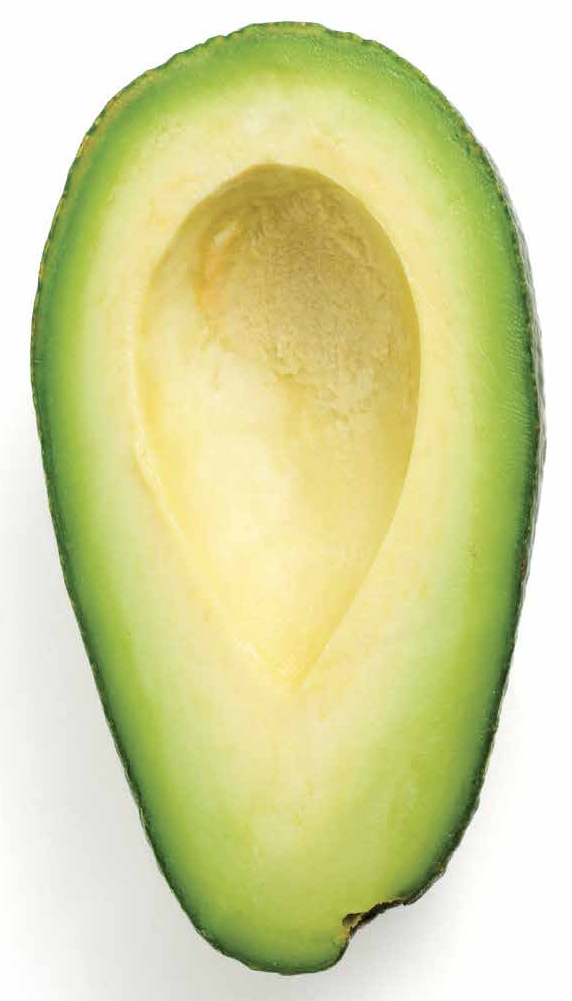 REAP WHAT YOU GROW

Growing avocado trees across the islands is easy. But keeping the trees pruned low enough to facilitate harvesting? Not quite. Plus, growing from seed gives you a slim chance of getting a fruit as good as the one you actually ate to get the seed. The solution? Meet grafting.

Almost all avocados in today’s production are grafted, meaning part of a mature tree is carefully cut (the scion) and placed in a rootstock. Over time and wirh care, the scion forms the fruit-producing branches, and the rootstock becomes the roots and lower trunk of the tree. Grafting is done to ensure the same quality fruit, increase production, and decrease the time it takes a tree to bear fruit. For that reason, HTFG is always on the lookout forhigh-quality fruit trees in order to both protect their tree repositories—and to make scion available to aspiring avocado growers.

In addition, HTFG is working with researchers in Kagoshima, Japan to determine what varieties Japanese consumers prefer. These are currently being grown in greenhouses in the Okinawan islands and Kyushu and parts of Shikoku. Preliminary research at a Japan Tropical Fruit Association conference show a preference for Malama, Mr T, Kahaluu, Beshore, and—of course—Sharwil. Currently Japan imports 64,000 tons of Mexican avocados per year, which represents a great potential for Hawaii-based growers.

There is a bright future for Hawaiian avocados. The increased awareness of the localvore movement, the lift of the Sharwil ban, collaboration with Japan, and the branding of individual cultivars will continue to put Hawaiian avocados on the map. With this in mind, growers have purchased almost 2000 grafted trees from HTFG in the last 2 years. New younger farmers in Hawaii, a new generation of chefs and Hawaiian Culinary School graduates, and savvy consumers also push for the potential of reclaiming the market from imports.

Whether you whip them into your vegan brownies or blend them into your new-age margaritas, the avocado reigns supreme in versatility. And with a first yield time of eight to 12 years, aficionados and agriculturalists alike can appreciate the fruit tree’s hard-earned, creamy goodness. So, go ahead and pay extra for avocad